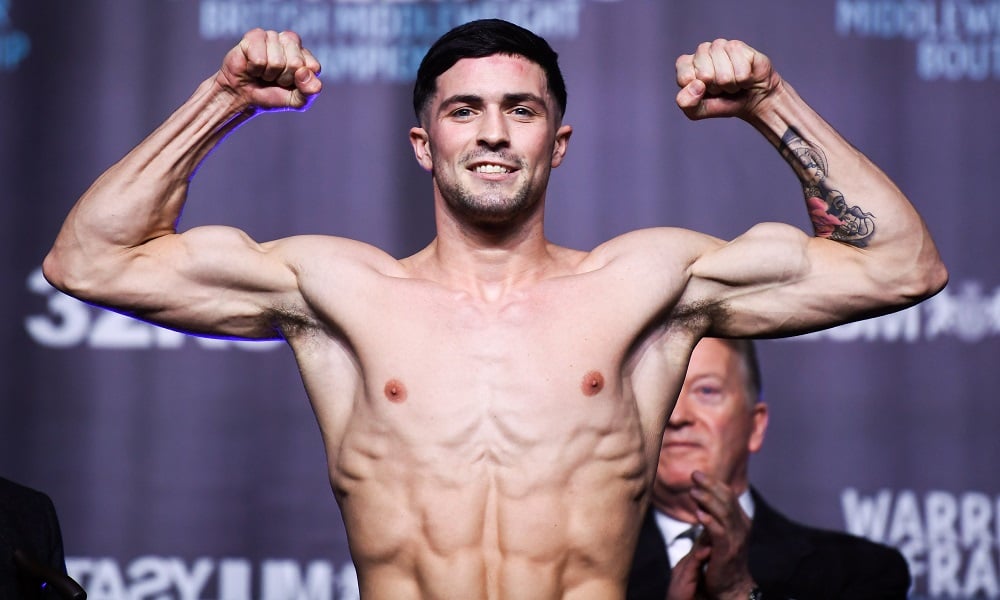 Mark Heffron exclusive: Bentley’s tough, but I know exactly what to expect this time

On Friday night middleweight rivals Mark Heffron and Denzel Bentley will meet for the second time in just two months proving that if two boxers want a fight to happen, there’s very little that can stop it from taking place.

In September they fought – and thought – their way through ten tense rounds with the judges unable to separate them. The pair both realised that there was no way they could shake hands on a draw and go their separate ways and a rematch was agreed upon almost before they had cut off their hand wraps. As well as coming out on top of their own personal rivalry, the winner of this weekend’s eagerly awaited rematch will become the new holder of the British middleweight title which Liam Williams vacated. The stakes have been raised. For all the latest fight odds, visit our sportsbook.

The first fight with Bentley was Heffron’s first with Michael Jennings in his corner. The former British welterweight champion is a sharp mind and one of the most promising up and coming trainers in the country but he had precious little time to imprint any of his ideas on Heffron. This time around he has had time to figure out what he will – or won’t – be able to add to Heffron’s naturally aggressive style.

“Mike’s been in there and done it himself so I can pick up so much experience from him,” Heffron said. “Obviously we’ve both watched the fight back and he thinks the same as me: that I won by 2 or 3 rounds. Now we’ve spent more time working together he definitely thinks I can be even better though. 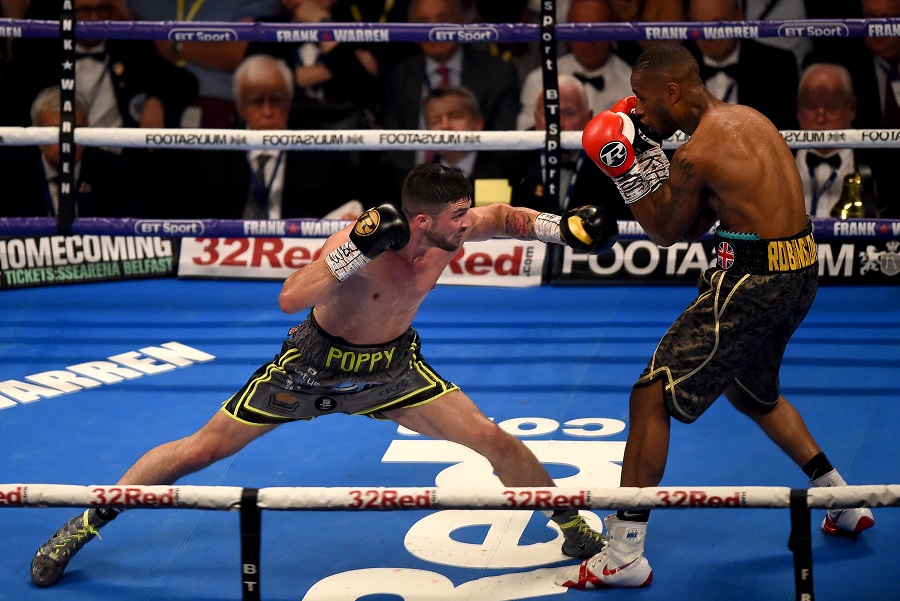 “I think I’d only been with Michael for about a week before we got the date for the first fight with Denzel. All we really did was work on getting my fitness up and preparing the best we could. We did expect that he was going to come and meet me so we had the wrong sparring. This time we’ve had come forward guys and we’ve had people who can hit and move. We’ve worked with Lyndon Arthur too and it doesn’t get much better than that.”

Heffron thrives when he is full of confidence. In September the Oldhamer headed down to London to face a dangerous, self assured opponent with reputed devastating power. The pair were cooped up in the same hotel and an unusual fight week culminated in a make or break fight in front of a handful of officials and television employees. The uncharted waters got even choppier when he found himself on the floor in the second round courtesy of a left hand from a switch hitting Bentley. Slowly but surely his self belief and confidence returned as the fight wore on and he has carried it through the build up to the rematch.

“I know exactly what to expect this time,” Heffron said. “I know what fight week will be like, I know what fight night will be like and I know what to expect from Denzel. I don’t have any fear of him. He’s not really a big puncher and I think I hurt him quite badly a few times during the fight, not just in the ninth round. It’ll be better for me if he does change and come forward because I was too strong for him last time so he might try and move again. He can’t move any more than he did last time though.”

Fighters might only be in each others company for a few fleeting moments but they gain a better understanding of each other than some close friends or family manage over the course of years. Heffron and Bentley also learned plenty about themselves during their hard fought draw and those watching on television will feel they found enough clues to know who will come out on top in the rematch but it is the tiny details – impossible for anybody outside the ring to notice – that they learned about each other which might just decide the outcome of this weekend’s fight.

“He looked scared in the build up to the first fight. It was like he didn’t want to look at me. Once the fight was over he started talking again,” Heffron said before quickly checking himself. “Do you know what? I’ve gotta give it to Denzel though. He’s really tough. I know how heavy some of the shots he took were and he’s wanting to get back in and have another go. I have to give him respect.”

Josh Warrington exclusive video: When I don’t have boxing, I f***ing miss it!
Tommy Fury exclusive: A boxer’s life isn’t about glitz and glamour