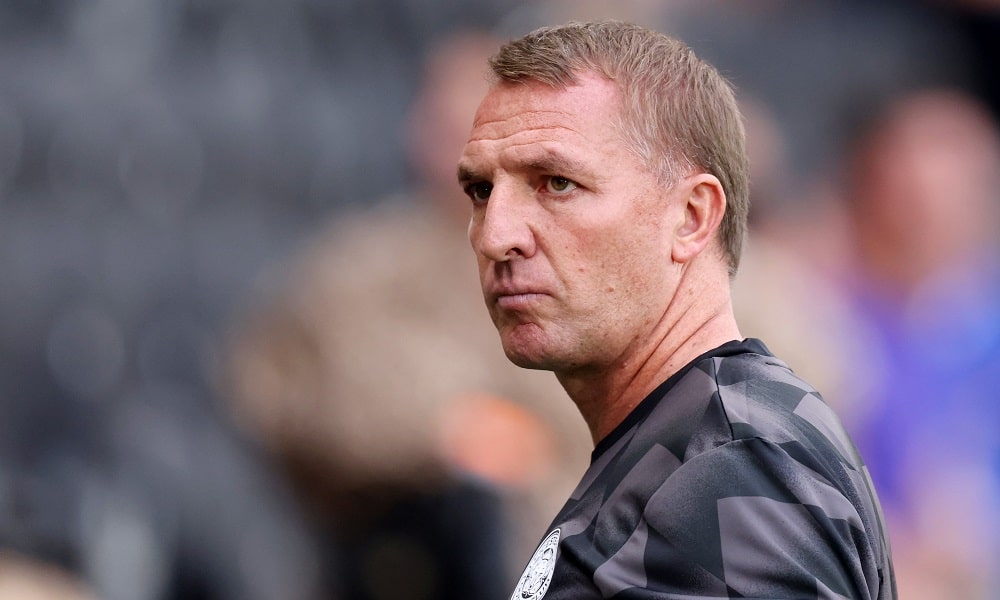 Leicester are rock bottom of the Premier League; Nottingham Forest are one place above them. Given the trigger-happy nature of Premier League clubs these days, it’s remarkable both Brendan Rodgers and Steve Cooper remain in charge of their clubs for this east Midlands derby.

The results make grim reading for both sides. It’s six dispiriting losses on the bounce for the Foxes; meanwhile, Forest’s return to the big time has turned sour since an encouraging start, Cooper’s men losing their last four games.

The most recent two defeats were particularly damning, coming as they did against fellow promoted sides Bournemouth and Fulham – after Forest had taken the lead in both games.

Looking for those positives, both sides have clearly been finding the net, even if it’s been in vain. Some defensive solidity would undoubtedly come in handy for Cooper and Rodgers alike. For now, that failure to keep the opposition at bay suggests there should at least be goals on Monday.

Forest’s last three outings have yielded a total of 16 goals; Leicester’s last two matches have seen a total of 15 goals! You don’t need to be Columbo to figure out Total Goals might be worth a look – and over 3.5 goals is a 13/8 shot.

Otherwise, Leicester are firm favourites to earn what would be their first league win of the season, remarkably. You can see the logic, but it’s difficult to trust the hosts on recent form – and certainly not at an odds-on price. Taking 5/4 on BTTS might be a better alternative.

Continue Reading
You may also like...
Related Topics:featured, Leicester vs Nottingham Forest