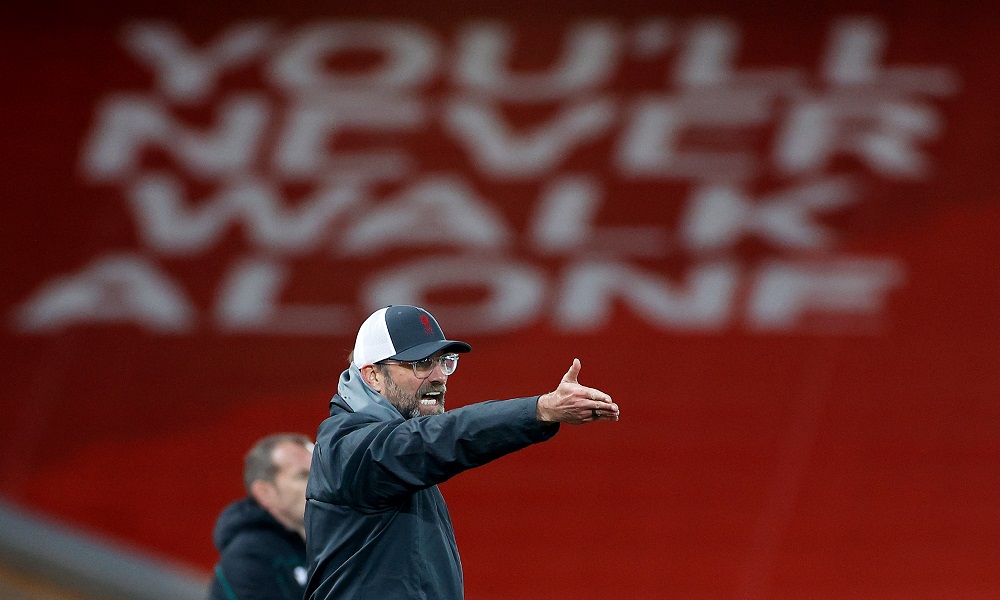 With one win in his last eight league games, no wonder Nuno Espirito Santo has resorted to slagging off referees.

Not to worry though, because if anything can help a team in a sticky patch rediscover their sparkle, going toe-to-toe with West Brom could be just the tonic. Sam Allardyce is still waiting for that first win for West Brom – and at the weekend, crisis-specialist Sam couldn’t even motivate his side to overcome Blackpool, with the League One side winning the FA Cup tie on penalties.

Wolves to get back on track during this Black Country derby, then? Put it this way, since holding Liverpool to a 1-1 draw a few weeks ago, the Baggies have played twice in the league, conceding nine goals without scoring. Wolves aren’t the flashiest of sides though – they’ve yet to score more than two goals at home in a single game all season.

A Wolves win combined with under 2.5 goals will get you an 11/5 double.

The Marcelo Bielsa rollercoaster continues, with Leeds on a downward dip after a 3-0 defeat to Spurs at the start of the month followed by an embarrassing loss to Crawley in the FA Cup last week.

So can the Whites redeem themselves against a Brighton side whose own consistent inability to win makes a marked contrast to the Yorkshire club’s zany all-or-nothing antics?

The Seagulls will be without a number of influential players including Tariq Lamptey, Danny Welbeck and Adam Lallana. For Leeds, much seems to depend on Patrick Bamford; he’s provided 10 goals for the promoted side so far this season, with no other Leeds player scoring more than three.

Bamford didn’t figure against Crawley, so he should be fresh for this match; the 27-year-old hasn’t scored in either of his last two games, but also hasn’t gone more than two games without scoring all season. Back Bamford to score at any time at 11/10.

Burnley really have an excellent recent record against the Irons, winning four of the last five meetings. Still, the Clarets haven’t been great on the road in this campaign, a win against Arsenal aside; and David Moyes’ team have been beaten at home just twice.

West Ham look in better shape for this one, even if it’s a slight surprise that the side’s main goal threat seems to come from Tomas Soucek, who has netted four times for the East London team since December.

The Czech midfielder was a hero for the Hammers against Everton on New Year’s Day – and he might be the man to do a job against Burnley on Saturday. West Ham are 3/4 to win, with Soucek a 13/2 shot to nab the opener. Burnley have been keeping it tight though, with fewer than two goals scored in nine of their last 11 matches in all comps, so Under 2.5 goals at 4/5 is also worth a look.

Scott Parker might have been unhappy about the late decision that meant Fulham had to play Tottenham earlier this week. But the Cottagers nonetheless earned a point against Spurs, and they’ll be looking for something similar – or better – against a Chelsea side that is far from flourishing under Frank Lampard.

It’s been five draws on the bounce for the hosts, while Chelsea have lost each of their last three away games (to Arsenal, Wolves and Everton). Lampard’s team made short work of Morecambe in the Cup, but prior to that Man City had taken care of them comfortably at Stamford Bridge.

Under Lampard, the Blues have gained a reputation as flat track bullies, winning only against the lesser sides. Fulham’s league position suggests they fall into that category, but given recent results, this West London derby might just offer more disappointment for the visitors – backing the draw looks tempting at 17/5.

No Danny Ings for the Saints – the striker has tested positive for Covid. That key absence could just swing this match in the home side’s favour, with both clubs in generally decent fettle at the moment.

Ings has hardly been Southampton’s only threat this season, but his non-appearance is unquestionably a blow to the visitors. He scored the winner in this contest last season – a fine riposte to that still shudder-inducing 9-0 beatdown at St Mary’s a few months earlier.

Ings also scored last time out to produce the winner against Liverpool; in the three matches prior to that, the Saints have failed to score at all. For the Foxes, Jamie Vardy is seeking his first goal of 2021 (in fairness, he’s only played one match); the striker was rested during the FA Cup last week, but despite an ongoing hip problem Vardy seems likely to play this week.

The 34-year-old scored a hat-trick against Southampton in that rain-lashed 9-0 drubbing last season, and though he’s gone his last three games without finding the target, that is Vardy’s longest goal-free spell of the season.

Assuming he starts, I think Vardy is worth backing at 17/20 to score. And even after Southampton’s fantastic win over Liverpool, with Vardy as their inspiration the Foxes could still take all three points here – Leicester are 8/11 to win.

Stung after dropping points against Fulham midweek, will Tottenham turn on the style against a Sheffield United side that have finally earned their first win of the season?

If you’re an incurable optimist, you might be thinking that the Blades could be about to enjoy the mother of all turnarounds in 2021, laying down the smackdown on Spurs. But optimism will only take you so far, and it’s worth remembering Palace have lost 15 of their 18 league games this season.

Tottenham might not always be able to hang onto a lead, and truth be told one win in six matches is not the standard we’d expect from Jose Mourinho. But still, if the visitors don’t win here there will be consternation in north London – and on Jose’s Instagram account, no doubt.

A Spurs win at 11/20 is not singing out to me, though. Perhaps Tottenham to win by exactly one goal in the Exact Winning Margin market is worth a look – it’s a 5/2 shot, and is an outcome that has done for Sheffield United time and time again this season (11 times, to be precise.) Spurs rarely go on the rampage, Sheffield United rarely get gubbed – this could be another narrow defeat for Chris Wilder.

Jurgen Klopp has been a bit crotchety in recent weeks – three league games without a win will do that to an elite manager, I guess. Liverpool were beaten on the road by Southampton a week ago, held to a goalless draw by Newcastle before that – and could only take a point from the saggy Baggies at Anfield.

In contrast, Man United are unbeaten in 11 league games, winning nine of them. It will be five years to the day on Sunday since Man Utd last beat Liverpool at Anfield. But the positivity around the visitors allied with a sense of vulnerability around the Merseyside team means Solskjaer’s side should be well up for this one.

Still, a word of caution. A couple of times this season Liverpool have looked beatable, with some fancying both Leicester and Wolves to end the club’s incredible winning run at Anfield. In the event, Liverpool beat Leicester 3-0, and Wolves 4-0.

Man United clearly have a more formidable side to call on, but Liverpool are better rested, having not played a midweek match; they could also be highly motivated to shake off any suggestion of fatigue as they face their bitterest of rivals.

Liverpool to win at 49/50 still seems like the bet to me; against the bigger sides this season, United drew away to Leicester on Boxing Day, and before that shared the spoils with Chelsea and Man City; the Manchester side have also been beaten by Arsenal and Tottenham in this campaign. Undoubtedly, United are on a good run, but Liverpool can end it – whether they’re granted a penalty or not on Sunday.

City fannied about a bit against Brighton midweek, Raheem Sterling missing another penalty – but nonetheless, the 1-0 win makes it four on the bounce for City, who are unbeaten since the end of November.

Palace have the ability to hold out against decent sides, and have earned a draw and a win against City in their last couple of visits to the Etihad, but surely that run ends here. Despite a good point against Arsenal in a game short on quality, Palace will struggle to keep City at bay for 90 minutes.

Phil Foden has four goals in his last six appearances for City, and is an 11/8 shot to get on the scoresheet once more this week.

Otherwise, City to win and under 2.5 goals can be backed at a combined 27/10 – worth considering, with City scoring two or fewer goals in seven of their eight league games at home this season, and Palace failing to score in five of their nine away games.