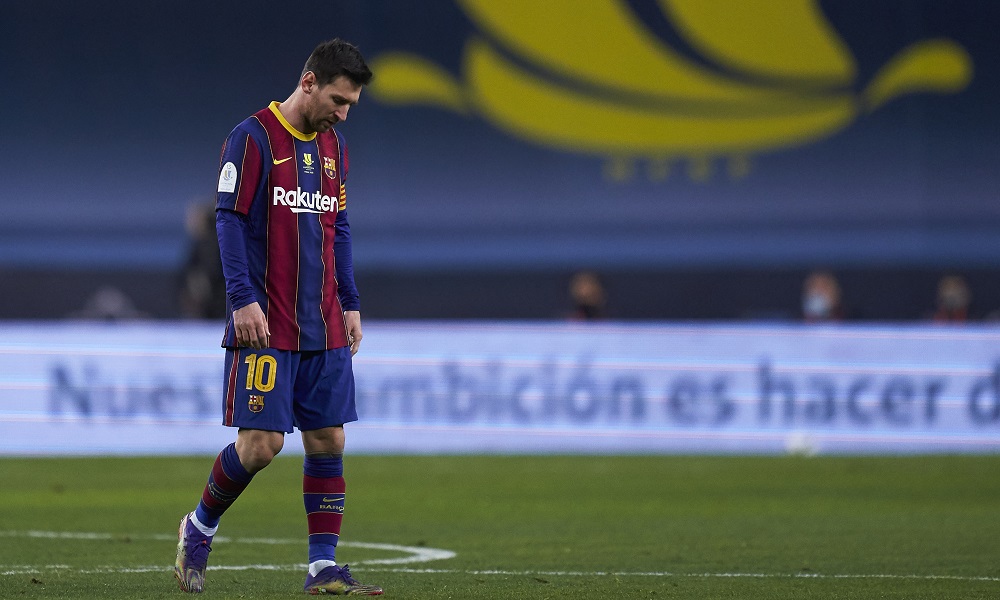 Lionel Messi’s disappointing (final?) season with Barcelona continued on Sunday, as the 33-year-old found himself sent off during a 3-2 defeat to Athletic Bilbao in the Spanish Super Cup. All the latest Spanish football betting

After appearing in 753 matches in all competitions, it’s the first time Messi has ever been shown a red card for Barca. Not that the experience is entirely new to the forward; Messi has been dismissed twice during international appearances for Argentina.

On this occasion, Barca were beaten at Seville’s La Cartuja stadium, despite leading for much of the game; only in the 90th minute did Asier Villalibre equalise for Athletic to make the score 2-2, after Antoine Griezmann had twice put the Catalan club in front.

Inaki Williams would score the winning goal three minutes into extra time for the underdogs, with Messi sent off in the dying minutes of the match for violent conduct, after striking Villalibre.

While the details of his punishment are unconfirmed, a four-game ban seems likely, which would see the Barcelona captain miss a Copa Del Rey match against Cornella – as well as La Liga games against Elche, Athletic Bilbao and Real Betis. 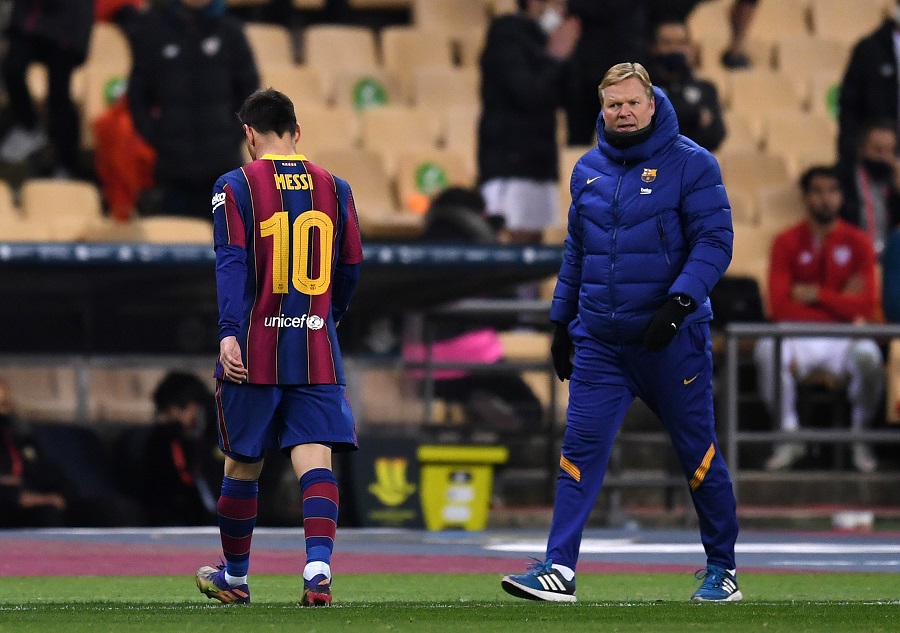 But the ultimate decision lies with the Spanish FA, who have the power to ban Messi for as many as 12 matches if they feel the incident is deemed suitably “aggressive” enough to warrant such a punishment.

Alternatively, if the incident is not viewed as aggressive, Messi’s punishment would be a ban of between one and three games.

This latest unwanted milestone for Messi is just part of a long list of disappointments the striker has had to endure in recent seasons. At the end of last season the player had insisted he wanted to leave Barcelona, before eventually opting to remain at the Camp Nou for the final year of his contract.

Messi has long been linked with a move to Manchester City once his time at Barcelona comes to an end; but earlier this year, Paris Saint-Germain Mauricio Pochettino hinted the Argentine could wind up playing for PSG instead, telling reporters “any big player in the world is welcome.”

For Barca, the chance to win a trophy on Sunday could have eased some of the pressure on new coach Ronald Koeman; though his team have improved in the last month, Barcelona are still seven points shy of league leaders Atletico Madrid, who also have two games in hand over Barca.