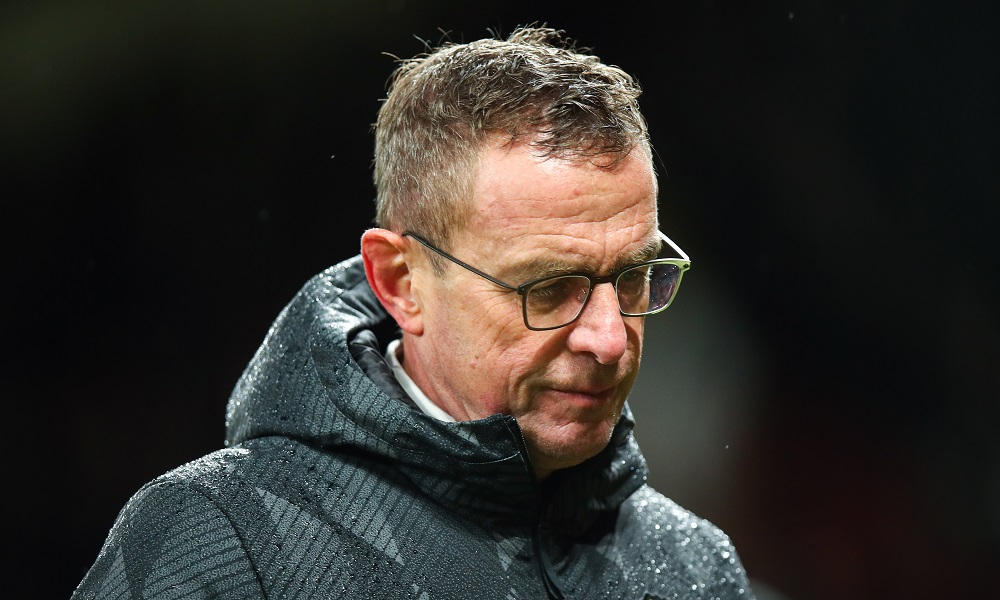 Rangnick says ”no guarantees” for top four finish – so which side is best bet for Champions League place?

Manchester United manager Ralf Rangnick has admitted he has doubts about his side’s ability to clinch a Champions League place this season, after Manchester United were beaten by Wolves at Old Trafford on Monday night.

“If I say we are 100% convinced we will finish in the top four I don’t know if people will believe that,” the German coach told reporters after the 1-0 defeat. “I cannot make any guarantees”.

Rangnick replaced Ole Gunnar Solskjaer after United slumped to a string of poor results, culminating in a 4-1 loss to Watford in November.

But the 63-year-old’s arrival has so far failed to provide the reset that Man United needed. The Manchester side drew against Newcastle last week, and the defeat earlier this week is Wolves first win at Old Trafford in 42 years.

Cristiano Ronaldo captained United on Monday for the first time in 14 years, but could not inspire his team to victory. But the often-maligned Phil Jones, making a first appearance for United in 708 days, at least put in a committed performance for the hosts.

For all that, United are currently seventh in the league table on 31 points. That puts them four points off the pace set by fourth placed Arsenal, though United have a game in hand.

But West Ham and Tottenham are both fighting for that precious fourth place finish too. The top three places seem assured already, with Man City, Liverpool and Chelsea clear of the chasing pack.

Tottenham are also available at 2/1 in the same market – and that might be a bet worth considering, with Spurs unbeaten in the league since Antonio Conte took charge.

Spurs also have a couple of games in hand over Arsenal, and are just two points behind their north London rivals.