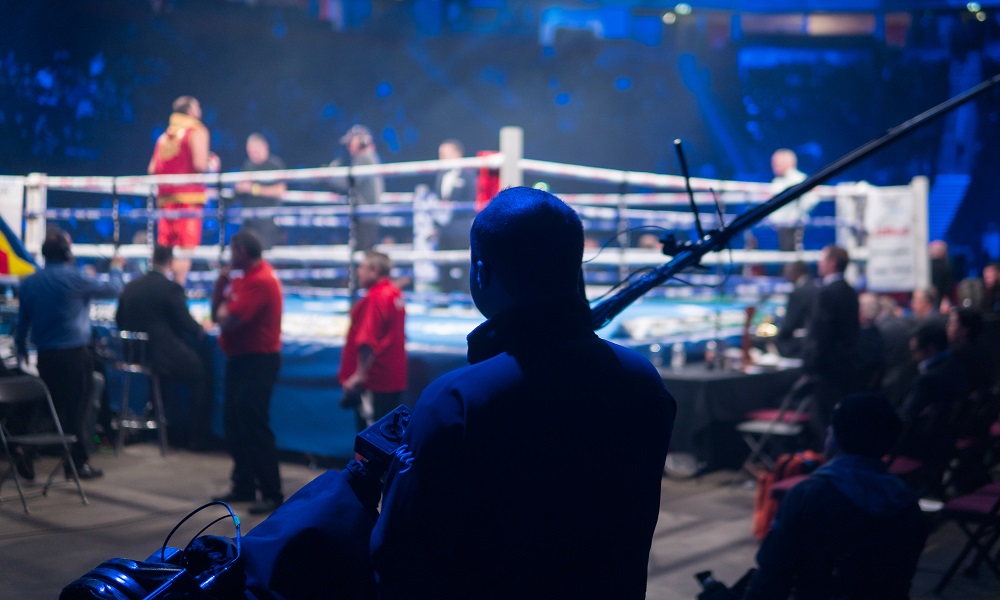 Unearthing a fighter with the ‘It’ Factor is the boxing equivalent of striking gold.

It doesn’t matter what level they are performing at, how old they are or who the opposition is, some fighters naturally draw the eye, the promise of something out of the ordinary happening always just a second away.

Whatever ‘it’ is, Ryan Garner has it. The super featherweight is blessed with rare natural talent and a fearless, confident character but for too long he seemed intent on throwing it all away.

Garner’s lack of discipline was probably indulged a little too much early on but after a second very public failure to make weight, it became impossible to hide. Those closest to him pleaded with him to get himself together but tough love didn’t work and the arm around the shoulder had just as little impact. There were times when it seemed Garner might drift away forever but the door always remained open. Occasionally, he would wander back in. One day he stayed.

“I’m so thankful I’ve got the best people around me. If it hadn’t been for my team, I wouldn’t be boxing now If I’m honest,” Garner told 32Red.

“I was going out all the time and just living week to week. It’s easy to get stuck in that routine. Working and spending all your money on going out. I had absolutely nothing to my name, got kicked out and I felt like a bit of a tramp really. I was just being an idiot. Then I met my girlfriend. We’ve got little flat together now and I’ve realised it’s time to grow up.”

Still only 23, Garner is regularly described as one of the biggest talents in the country but he knows he has passed the point where he can get by on his amateur reputation and sparring stories. He has decided it is high time he proved his backers right and showed just what he can do. The signs are good. The word from those who have seen him working in the gym over the past few months isn’t that the ‘old’ Ryan Garner is finally back. Apparently, the new version is even better. He reappeared back in April and although another appearance was cancelled a few weeks ago he managed to build some momentum of his own and is firing all cylinders ahead of this weekend’s fight with the 9-1 Angolan, Pedro Gomes. For all the latest fight odds, visit our sportsbook.

“Obviously I was gutted [when the initial date got cancelled] but I stayed in the gym and they did well and got me a new date really quickly,” he said. “The old me would have got fed up about it, disappeared and not been back in the gym for a while but I just got right back in and kept training.

“Normally I’d fight then have a load of time off acting like an idiot and have to start all over again when I got a new date. This time although the fight got cancelled I just went right into another training camp so the timing and fitness were already there when I started and I’ve just carried on. I’ve never been more ready and better prepared for a fight.”

Garner was just 18 years old when he turned professional back in 2016 but since then he has fought just ten times – and six of those came in his first 13 months. The year is drawing to a close and January and February can be notoriously quiet so if Garner comes through this weekend relatively unscathed, it might just be in everybody’s interest to ride the wave and squeeze another fight in before Christmas.

“I’d love that but it’s going to be hard I think. There are so many fighters wanting to get out and not many shows at the minute.” As true as that may be, British boxing is desperate for a new crop of fighters to burst through and capture the public’s imagination and it is hard to believe a fighter with Garner’s ability will be left kicking his heels on the sidelines.

“Yeah, that’s true,” Garner laughed, his cheeky confidence totally unaffected by his inactivity. “If I do win and look good doing it, they’ll probably think ‘Ryan’s flying. Let’s get him out again before Christmas.’ I hope so anyway. I’m ready now. ”

There wasn’t one particular moment where the clouds parted and Garner saw the light. He knows how good he can be and deep down he always knew that he was letting a potentially life changing opportunity slide away. He has simply grown up. A relationship and the ensuing responsibilities might have started off as his main motivations but as his fitness and timing have returned, so has his love of the sport. Happy, determined and with incentives to aim for, we should finally be about to see just how good Ryan Garner is.

“Sometimes I watch fighters around my weight class fighting for titles and I’ll be sat there thinking to myself, ‘I know I’d beat him.’

“A lot of fighters just want to stay unbeaten but I’ve grown up and I’ve realised I’ve got responsibilities. I’m 100% focused on securing my future. I’m fed up of fighting these journeymen now. I was hoping this fight would be a ten rounder but it’s an eight. I want to get this fight out of the way and look good doing it and then as long as I’m in good fights and getting well paid I’ll be happy.

“I’m 23 so I’m getting on a bit and it’s time to grow up now. I’ve got a little flat with my girlfriend so I understand the importance and responsibility of paying rent and bills and things like that. We’re saving up for a mortgage for our own place too. That’s my aim now.”