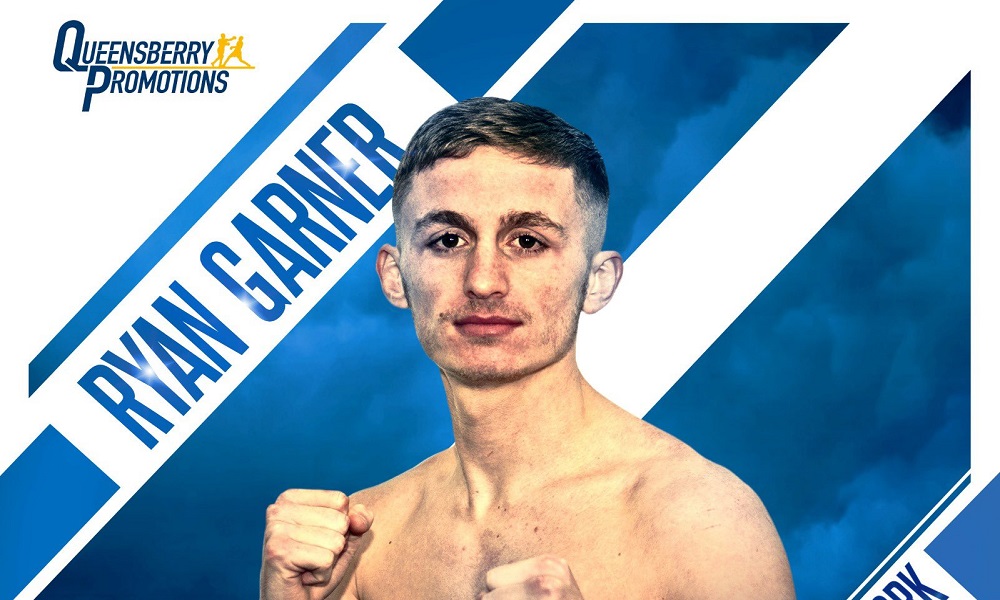 It only takes one drop of blood for a piranha to transform into one of the most feared predators on the earth. What is less well known is that when they aren’t hunting, the notorious killer actually becomes vulnerable.

After turning professional at just 18 years old, Ryan ‘The Piranha’ Garner (8-0, 6 KO’s) made the sport look easy. Maybe too easy. The talented super featherweight took his eye off the ball. Too much time spent carousing in Southampton rather than grinding away in the gym put both Garner’s career and well being at risk. For all the latest fight odds, visit our sportsbook.

When he collapsed on the scales after crashing the weight in Stevenage last year, Garner was cut adrift. Instead of building a reputation as one of the country’s most exciting prospects, he spent the second half of 2019 pushing pallet trucks and labouring on building sites.

“If I’m gonna do anything with my life and actually be successful at it, boxing is the only thing I can see that being,” Garner, now 22, told 32Red. “It was gonna be hard to really make anything of my life getting up and going to work every day. Eventually one day I realised what I have and that I can’t afford to waste it.

“I had a little break and got myself a job. It was hard going to work. I’ve never really worked all of my life if I’m honest because of my training but when the Stevenage thing happened I had to go and earn some money. I couldn’t be bothered going in the gym because I had nothing to aim for and was feeling down about everything. I had a couple of months out of the gym but it wasn’t an extended one.

“At first I went unloading containers and loading pallets – doing warehouse work – and then I went doing a bit of labouring. I realised that when I was working, half the time I was living week to week. You get paid on Thursday and it’s gone by Sunday. It wasn’t good for me. In boxing I can have a successful career and make a good bit of money from it.

If Garner had a gun to his head and was forced to choose either a life spent in a warehouse or a building site?

With a weekly wage finding its way into his bank account and without a fight date on the horizon, an unmotivated Garner continued to find alternative entertainment to fill his Saturday nights. Finally, the realisation dawned on him that his fists offered the potential to break away from the routine work week grind.

Garner has spoken about proving wrong those who consigned him to the scrap heap after his collapse at the scales but the number of people who took pleasure in his demise are vastly outnumbered by those who never gave up hope in him. Anybody who has shared the ring with him, seen him fight or witnessed him spar knows that there is something special there and is willing him to succeed.

“I haven’t been out now for three or four months. I’ve been living good,” he said.

“I’ve gotta prove people right too. Lots of people have been singing my praises while I’ve been away and I’ve got to prove to those people that I am what they say I am. I’ve also gotta prove that to the doubters who didn’t think I’d ever fight again and thought that I’d reached the end of the road. I can prove to everybody that I’m on the straight and narrow and that I’m doing everything right.

“Loads of people are on my side. Everybody wants the best for me. I’m glad I can finally say that people don’t have to worry about me anymore. I’m finally doing what I’m supposed to be doing and at the end of the day the only person who could sort myself out was myself. If I’d been 26 or 27 then it could have been the end of the road. I’m glad I got it out of my system and hopefully from here on out I’ll be successful and stay on the right path.

“Everything has fallen into place. When I do things right, good things seem to happen. Not just in boxing, but in life in general. Life’s good and I’m happier.”

Garner’s all-action approach is made for television and executives like to showcase his exciting style. Whether those in charge of devising the show running order feel Garner deserves to be thrust straight back into the spotlight on his return to action will be decided this week. If they do, Garner is relishing the chance to show them exactly what they have been missing.

“I’d like to get straight back in the spotlight. I want people to see what I’m like at 100%. Maybe I was in my first fight but if I’m honest I’m never really been focused on what I’ve been doing. I want people to see what I can do when I’ve done everything properly and lived a proper, clean lifestyle. Also, I’ll get to rub salt in the wounds of all the people who doubted me. People have been raving about me but they’ve only seen snippets.

“It’s a good thing that I’m still only young. I can’t keep lingering on that though because now’s the time to start going through the gears and climbing the ladder.”

Garner’s technical prowess has never been in doubt but it seems like he has finally started to mature. Make no mistake, Garner is one of the country’s leading prospects but – due to his own actions – has received a fraction of the publicity. Saturday evening should act as a reminder of his talents but if all goes to plan, it will only be the start. After 16 months of medical issues, hangovers and mistakes Garner is back. Saturday night is finally feeding time.

“I’ve got all these people saying how good I am but I know myself what I’m really capable of. A lot of fighters say they want to be world champions but they’re kidding themselves if they’re honest. I honestly believe if I look after myself and stay focused then I can be. It’s all down to me at the end of the day.

“I can do whatever I like but at the moment I just have to keep my head down and do something with my life instead of being a coulda, shoulda, woulda.

“I’m glad to be back and this time it’s for good.”