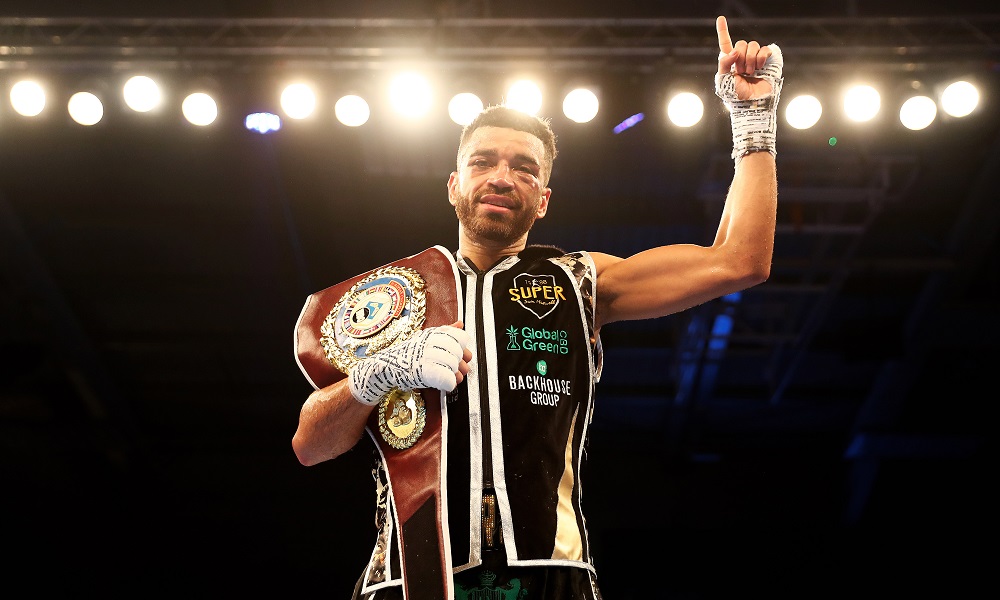 Sam Maxwell – This is my time. My chance to make history.

He may be talented, unbeaten and heavy handed but six years into his professional career, Sam Maxwell has always seemed to be a part in somebody else’s story.

He was famously the amateur who boxed the great Vasyl Lomachenko twice for a few hundred quid. He was the man who pulled out a last second right hand to knock out Sabri Sediri, the cocky French fighter who spent the second half of their bout showboating and taunting.

This weekend the unbeaten Liverpudlian aims to rip the British and Commonwealth junior welterweight titles away from Gloucester’s Akeem Ennis Brown, who attempted to steal the limelight by pushing Maxwell at a recent head to head.

“That’s how I feel and this is a massive opportunity for me to do it. The British title is the most credible one and then there’s the bonus of the Commonwealth title to go with it. I’ll make my mark in history and put my name on the map’” Maxwell told 32Red.

“I’ve had some good moments in my career but they’ve always come with sort of downsides a bit. There are only upsides to winning this fight. I’m in a great place, I’ve had some great training with Steve Maylett and I’m so glad the fight got called off first time because it’s given me eight months to work with him. I go to bed every night and know that whatever happens I couldn’t have trained any harder and I couldn’t have a better corner team. It gives me confidence knowing that i’ve given myself the best possible chance to win this fight.”

Back in March, an injury forced Ennis Brown (14-0, 1 KO) to withdraw from the fight just a few days before the first bell. Whilst he has had time to get back to full health, The delay gave Maxwell months to get used to life under his trainer, Steve Maylett. The pair came together just a few weeks before the first aborted date and did whatever they could to build a gameplan and gas tank in the limited time they had available. Confidence was high back then but now belief is surging through him. Maxwell has fitted into the gym well. Maylett is a perfectionist and the gym is home to a group of hard working fighters on the rise. Maxwell feels right at home.

“Steve expects 100% off you but you know he’s giving you 100% too. He wants to know how I’m sleeping, he’s sorted my diet and nutrition out for me and the training is next level,” Maxwell said. “I’ve got so much faith in him because i know he’s been at every level of boxing there is from English titles to world titles. He’s been there and I’m gaining so much from him.

“He’s maybe not got the recognition he deserves because he doesn’t put flashy pad videos on social media and big himself up but he’s definitely one of the best in Britain. 100%.

“The training is hard. When you’re doing it, each day is the worst day. It might be running the steps and you think that’s the hardest. Then the next day it’s the bike. Next day it’s twelve rounds of pads and bags. Whichever day you’re doing is the hardest day. Afterwards you feel great though and see the benefits. I love it.”

On paper the fight has everything. Two ambitious, undefeated fighters settling a score with major titles at stake. The clash has been billed as a battle of boxer versus puncher, of Ennis Brown using his unorthodox, herky-jerky movement to avoid Maxwell’s power. To ignore Maxwell’s long, high class amateur career and write him off as no more than a puncher would be a massive mistake. Maybe that is why Ennis Brown embarked on a long running campaign designed to get under Maxwell’s skin but the Liverpudlian insists that the flare up at the recent press conference was simply a case of him making his presence felt and that on Saturday night he will be cold and calculating.

“I think people are thinking that. He’s talking like he wants me to go and fight him too but they’re in for a shock. We’ve got a brilliant gameplan and I know if I stick to it I’m gonna win this fight hands down. All through camp we’ve been working on different shots and not once have we loaded up on anything. I’ve got natural power, I don’t need to look for it. Sharp shots are gonna add up. look at Kid Galahad and Jazza. Galahad didn’t look like he was loading up but look at Jazza, he really marked up as the fight went on. They all add up.

“He could play into my hands. He hasn’t boxed anybody as tall as me and he hasn’t been in with an elite boxer like me. He gets into people’s heads and they play into his hands. I think he’ll be talking to me in there and trying to wind me up but Steve’s prepared me for all that. I just can’t wait. I know the tactics I’ve got are gonna win the fight.”

Continue Reading
You may also like...
Related Topics:Boxing, Sam Maxwell

Anthony Cacace: Woodstock is all guts and no brains
Frank Warren – Dubois wants to crack America. We want him to blast Cusumano out.