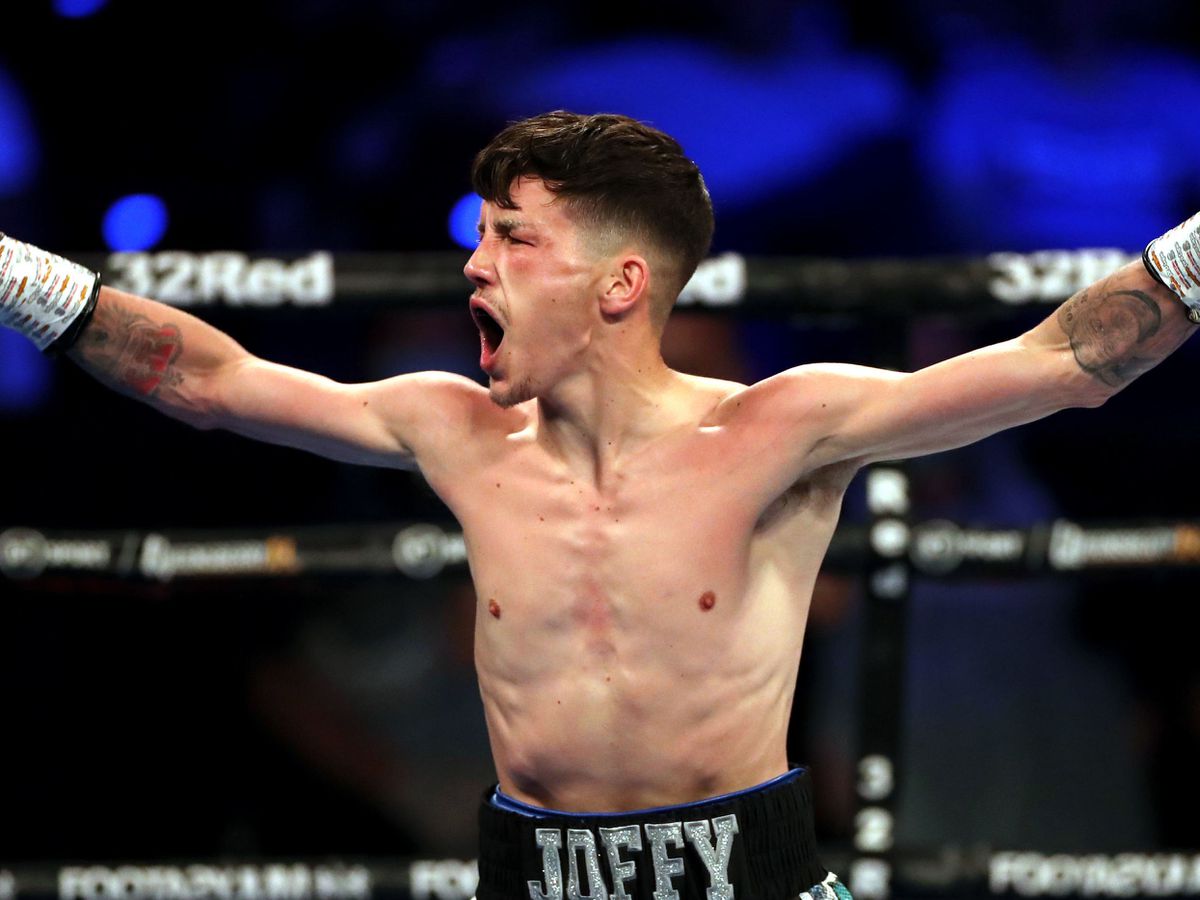 There was a time when British boxing could have only dreamt about regularly filling the country’s largest football stadiums. These days, it happens so often that taking part in a stadium fight no longer needs to be part of a boxer’s bucket list, it is a very realistic target.

When it was announced that Zach Parker would fight Demetrious Andrade outdoors at Derby County’s Pride Park, managers up and down the country saw their phones light up with their fighters begging them to find them a slot on the show.

Liam Davies was one of the fortunate ones who got a call back. Not only that, he would be challenging Marc Leach for the British super bantamweight title.

For the vast majority of fighters, the news a few weeks later that Andrade’s shoulder injury had forced the cancellation of the show would have been a major disappointment. Not for Davies.

The world title headliner might have been postponed indefinitely but Davies’ British title shot got pushed back just a couple of weeks and an hour down the motorway to his hometown of Telford.

“It’s come in my hometown. It’s landed good for me,” Davies (11-0, 5 KO’s) told 32Red. “There’s always a positive to come from a negative they say and thats been the case for me. It’s the pinnacle of my career really. I couldn’t ask for more really.”

We should clarify that this will be the pinnacle of his career so far. There might well be much, much more to come.

“Oh yeah,” Davies laughed. “I’m gonna win it. Once I do, I’m gonna keep boxing in Telford and keep setting a good pathway for the young up and coming boxers here. That’s definitely the plan.”

Davies’ opportunity comes just 11 fights into his career but he already has first hand experience of the sport from the smallest of halls to televised arena shows. He made his debut in a conference room at the Holiday Inn in Birmingham and earned his stripes in places like Walsall Town Hall and the King’s Hall in Stoke.

Those cramped dressing rooms and late opponent changes are character building. The fighters who stick the course, keep winning and – maybe most importantly – keep improving are the ones who move on to the national TV stage

“It certainly made me hungrier. I feel like i’ve come a long way. It’s made me want more and I’m gonna get it,” he said.

“It’s going well. We’ve gotta keep it going through. That’s why getting this next win is so important. I’m putting everything in to it because, one, I deserve it and two, it’s a good platform we’ve built and a win will keep that going and keep the shows coming here. I’ve always had good support, I’m well known in Telford and I’m fortunate that a lot of people have always come watching me. I don’t think I ever did less than 100 tickets. Now the big shows are coming it just makes a few more come. I think the lockdown when I won the English title I helped. Everybody was locked down and they watched me on TV for the first time. Since then, a lot more people are interested.

“I feel like this was always destined to be. As an amateur I done alright but not as good as a pro. I just feel like now is my time. I train hard and put the work in. I’m gonna reach my dreams.”

Davies may be given the home fighter treatment and have the support of his promoter but the one thing he and his team have absolutely no control over is the man in the opposite corner. A fast, clever, deceptively hard hitting southpaw who is unbeaten since losing his debut almost eight years ago, defending British champion, Marc Leach, is about as tough as it gets on the domestic scene. Leach himself had to fight for his opportunity and has successfully passed the test Davies now faces. He has excelled in his toughest challenges, comprehensively beating Louis Norman, Qais Ashfaq, Thomas Essomba and Chris Bourke.

“He has but I believe I beat those guys myself,” Davies said quickly. “I’m not just saying that. I truly believe I would beat them. I think that’s what’s gonna happen for me. This will be my best performance. I’ve got the bit between my teeth, I want it and it’s in my hometown. I know he’s a tricky fighter but I think he’s lazy. He’s awkward isn’t he when you let him be but has he had a tough, tough fight yet? I don’t believe so. Maybe that’s down to his skill but I believe I bring a different test to those other opponents you just named.

“I believe he’s gonna be in for a shock. He’s got confidence from his wins and he’s probably looking at me like i’m not a problem. He’s gonna find out come fight night that I can raise my game. I’ve always done enough to win. I know a lot of fighters say it but I’ve been in cruise control. Anybody that knows their boxing knows that. He’s beaten some good fighters but he hasn’t beaten Liam Davies.”