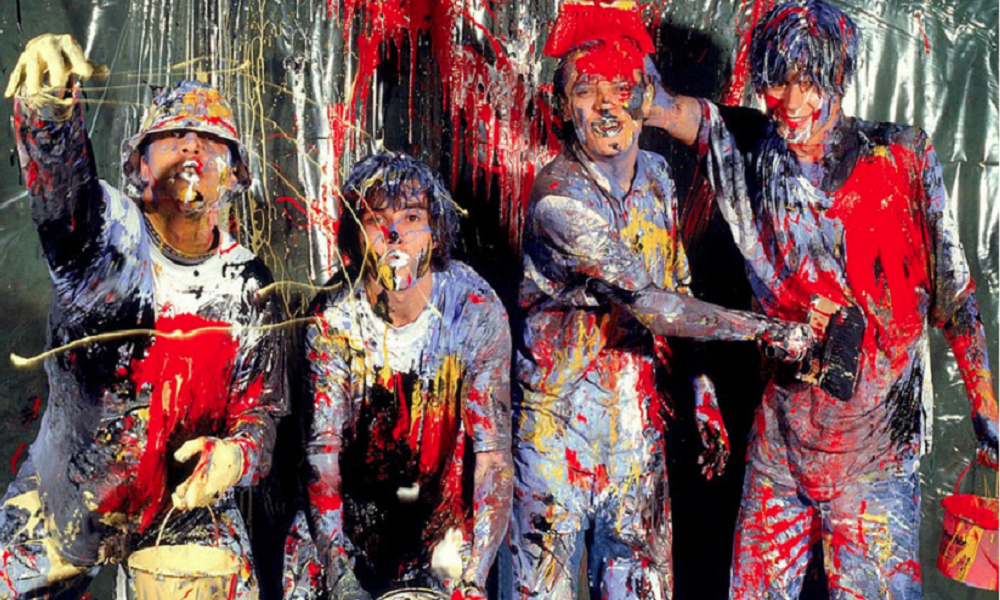 Throwing stones at you: It’s 30 years since the release of The Stone Roses’ debut

Now one of the most beloved indie bands of all time, the Stone Roses were late developers who’d been around for years without making much impression outside their native Manchester when they finally released their debut album in 1989. And within barely a year of its release, that record would establish them as perhaps the hottest act on the planet.

Yet seven years later the group would sputter to the most undignified of endings, releasing just one other largely unloved studio album before imploding in dismal fashion.

Before the lows, though, the highs; having packed a host of songs of transcendent brilliance onto that first album, the Manchester quartet cultivated a pouty, paint-spattered image that was as irresistible as their music. They looked amazing, and carried an attitude absolutely dripping with disdain for authority. By the middle of 1990, they were – at least to the people aware of them – the coolest band in Britain. Then they disappeared.

For a band who had released just one, admittedly stupendous album, this career hiatus was ill-advised in the extreme. As much as their fans were obsessed, the band were merely on their way to making it big when they vanished. Plenty of people loved them – but the wider world had barely taken notice.

If they’d followed up their debut a year or two later with an album in a similar vein to their first, they would surely have enjoyed stratospheric success around the globe. Instead, they split with their record label Silvertone and manager Gareth Evans, took a huge advance from their new company Geffen – and went off the grid for years.

A new record was supposed to be being worked on, of course, but information was scant – and pretty disheartening for fans. Producers walked out on the band, recording sessions were scrapped, abandoned, rescheduled; progress on writing the new songs was painfully slow. This was a band that had come up with outstanding tunes like Mersey Paradise and Standing Here and then used them as b-sides, so creatively fecund had they been a couple of years earlier. Now they were struggling even to scrape together an album’s worth of material.

The band seemed to be teetering on the brink of disaster; fans loved the idea of singer Ian Brown and guitarist John Squire as a contemporary Lennon and McCartney, but the truth was Squire was now doing almost all the song-writing. Brown himself, never an accomplished live singer, had nonetheless been a crucial part of the Roses’ classic sound; yet now he barely seemed interested.

Perhaps it was that old cliché, musical differences. Listening to little besides hip hop, Brown could barely abide Led Zeppelin, while Squire was now taking the rock outfit as one of his chief inspirations. But there were other issues, with persistent rumours about drummer Alan ‘Reni’ Wren’s recreational drug use; the talented but maddening Wren would often go missing from the studio.

Perhaps after such a brilliant first record, the band were burdened by the knowledge that their new material just didn’t stand up to what had come before. The Roses eventually returned at the arse-end of 1994 with Second Coming, a record that had its moments but never came close to capturing the pure, sustained brilliance of its predecessor.

Second Coming was released to mainly middling or lukewarm reviews, and while plenty of old fans might have kept the faith, some hardcore Roses enthusiasts listening to the oft stodgy rock-and-roll on show must have done so with dismay. The new record, so long in gestation, was light years away from the perfect beauty of the Roses’ debut. Consequently, the band struggled to command anything like the same kind of doting attention they’d enjoyed in their brief heyday; instead, the Roses’ myriad frailties were pounced upon.

With the group gearing up for a tour in early 1995, Reni was sacked just days before the first date was set to take place. Initial shows received critical maulings, while the band had to cancel a headlining slot at the Glastonbury Festival after Squire broke his collarbone in a bicycling accident. When a UK tour begun at the end of the year, Brown’s famously poor vocals were impossible to ignore, though Squire’s accomplished guitar work took some of the pressure off – even if extended noodling sessions weren’t exactly what fans had gone gaga for back in the early days.

Perhaps Squire’s good reviews were instrumental in him quitting after the UK leg of their tour in early 1996, though in-band communication was clearly a problem. Interviews and profiles at the time painted a picture of band-mates who no longer enjoyed any common ground.

A few months after Squire bowed out, remaining original members Brown and bassist Gary ‘Mani’ Mounfield would play a disastrously received set at the Reading Festival, where the vocalist missed his cues on famous songs like I Am The Resurrection, and sang so tunelessly that it was almost as if he was deliberately attempting to sabotage himself.

A few weeks later the band would cease to be, Brown announcing in a press release ‘having spent the last ten years in the filthiest business in the universe, it’s a pleasure to announce the end of the Stone Roses’. Nonetheless, he would go on to have a moderately successful solo career before the original line-up of the band reunited in 2011, promising to shake up the world – before embarking on a series of lucrative but not especially world-shaking gigs where they played the old hits. Admittedly, two new songs were also released – but frankly, the less said about those the better.

So brilliant for such a brief spell, that fleeting success seemed to give the Stone Roses carte blanche to spend the rest of their career doing the absolute bare minimum – and getting away with it. I’ll always love them for that incredible period between ’88 and ’90 – but it’s devastating to think what could have been in a parallel universe, where they stuck with the sound that made us fall for them in the first place and released another four or five albums-worth of perfect, pristine pop. Sometimes I fantasise…

Mobile casino gets ready for Jurassic World!
Greatest sporting comebacks of all time