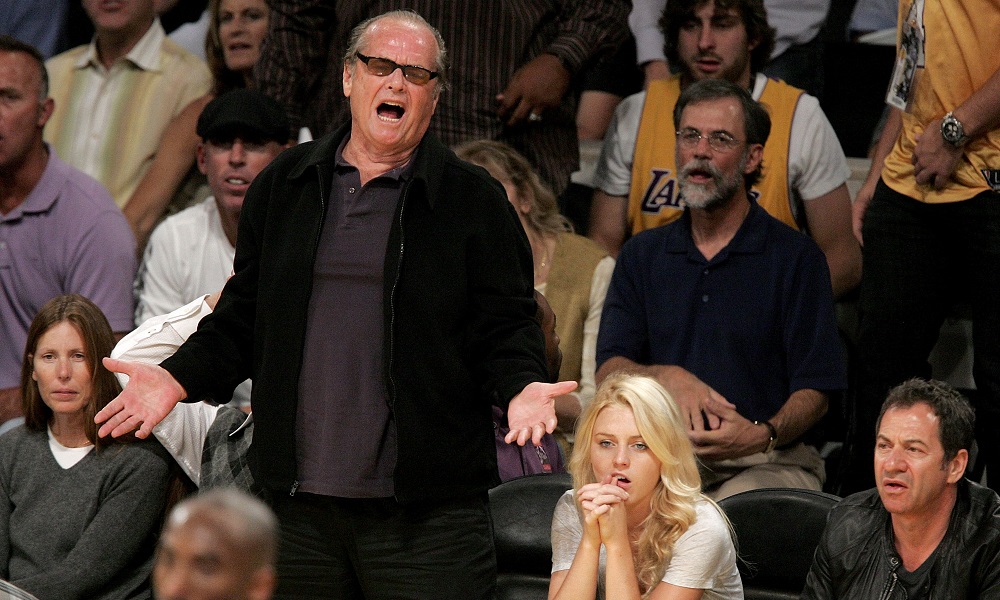 When they’re not leading unimaginably opulent lifestyles that could make a grown man weep salt tears at the injustice of it all, even celebrities need a hobby.

Want to know once and for all who the most dedicated of celebrity sports fans are? Let’s do this. 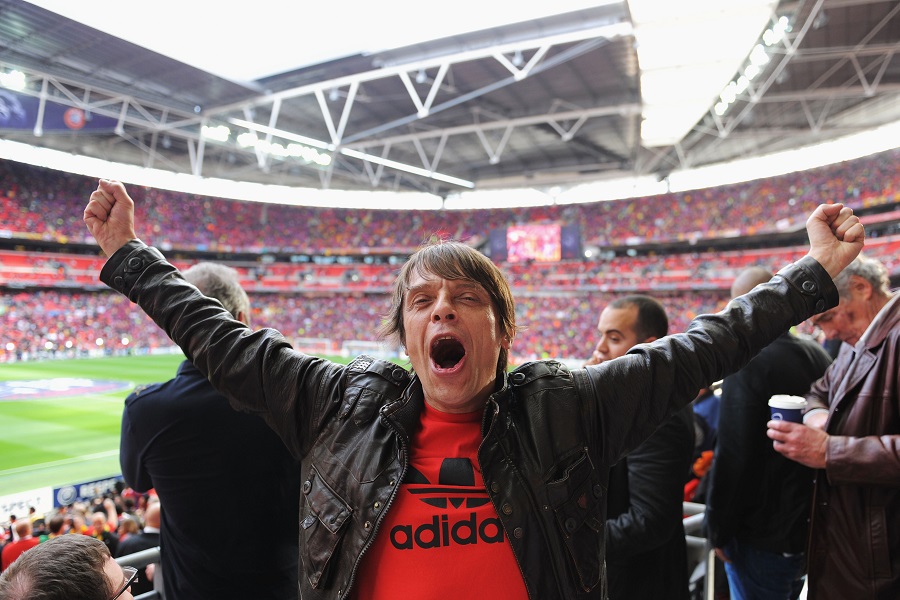 There are plenty of candidates for footballing super fans when it comes to the UK, but Stone Roses bassist and ubergeezer Gary ‘Mani’ Mounfield has to be our pick.

Mani was following Man Utd back in the eighties when he was skint, and they were shit. When the Roses vanished for four years in the nineties to get stoned and listen to Led Zeppelin, a rare glimpse of Mani could be had at United matches – where the indie icon was once reportedly captured on camera, seemingly gobbing at a player on the rival team.

Bandmates John Squire and Ian Brown may be Utd fans too, but it’s Mani’s essential earthiness that makes him the ultimate celebrity supporter – basically because the Mancunian doesn’t have a celeb’s attitude at all. 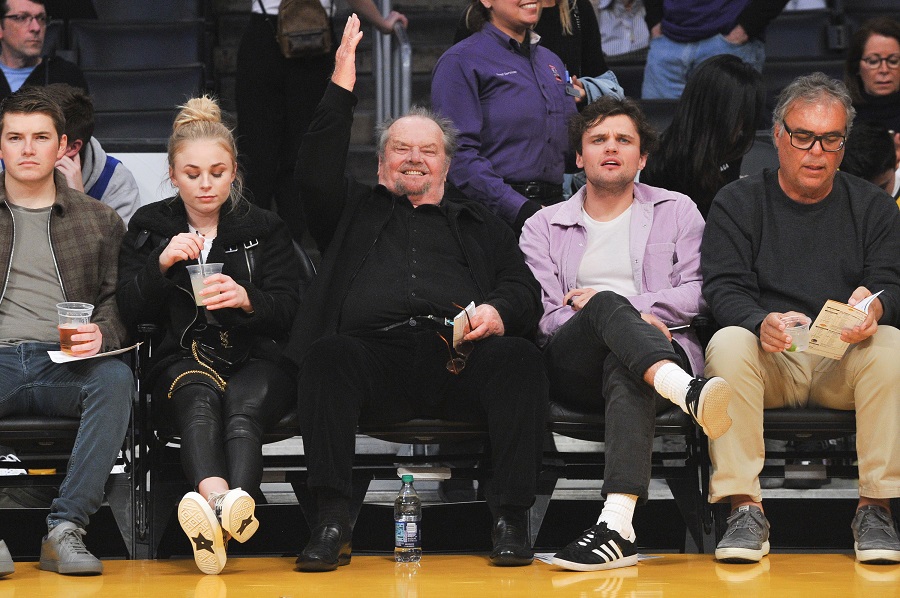 One of the most charismatic screen presences in the history of cinema, iconic roles in classic films like One Flew Over The Cuckoo’s Nest and The Shining have made Jack Nicholson a true legend of cinema. But as well as being the (now sadly retired) elder statesman of the Hollywood A-list, Nicholson is also a committed basketball fan.

How committed? Well, he’s been a season ticket holder with the Los Angeles Lakers since 1970, on occasion engaging in robust conversation with players, coaches and referees alike – once he even found himself on the verge of being thrown out of the Staples Centre after shouting at an official.

An unlikely candidate to be star-struck, Nicholson nonetheless asked the late Kobe Bryant for an autograph back in 1998, when Bryant was just 18 – but already a phenomenal talent.

Indeed, Nicholson’s dedication to the Lakers is such that the actor used to have a clause written into his contract when he was making movies, ensuring he would be able to attend every home game. When he was working on The Departed, set and filmed in Boston, Nicholson even insisted the crew were forbidden from wearing any Boston Celtics merchandise; the Celtics and the Lakers have a longstanding rivalry, and Jack ain’t playing.

Weezer main man Rivers was an alt-rock superstar back in the 90s, thanks to irresistible songs like Buddy Holly and Island In the Sun. But in recent years Rivers’ material has been less well received by some, with one group of music fans even offering the band $10 million if they promised to split and never record anything else again.

Seems a bit harsh. Regardless, Weezer continue as a going concern, even if the best tunes are a distant memory. And irrespective of his musical fortunes, Rivers deserves props for his dedication to (proper) football.

Cuomo supports LA Galaxy, the side where late period David Beckham strutted his stuff stateside, but the indie-oddball was a fan way before that; bespectacled pop dweeb Rivers is a longterm football supporter, attending assorted World Cup finals over the years, cheering on the USA.

It seems that Cuomo’s father was a passionate football fan – so much so that the pair saw New York Cosmos play in 1977, when Pele played for the team! And Cuomo loves to play too, once taking part in a showbiz game alongside Welsh actor Michael Sheen. According to Cuomo, he “marked [Sheen] out of the game.”

Rivers is even a fan of English songs about football, claiming to take inspiration from New Order’s World In Motion and insisting he was “blown away” by Three Lions. Good on you Rivers, sorry we were a bit snarky a few paragraphs ago. 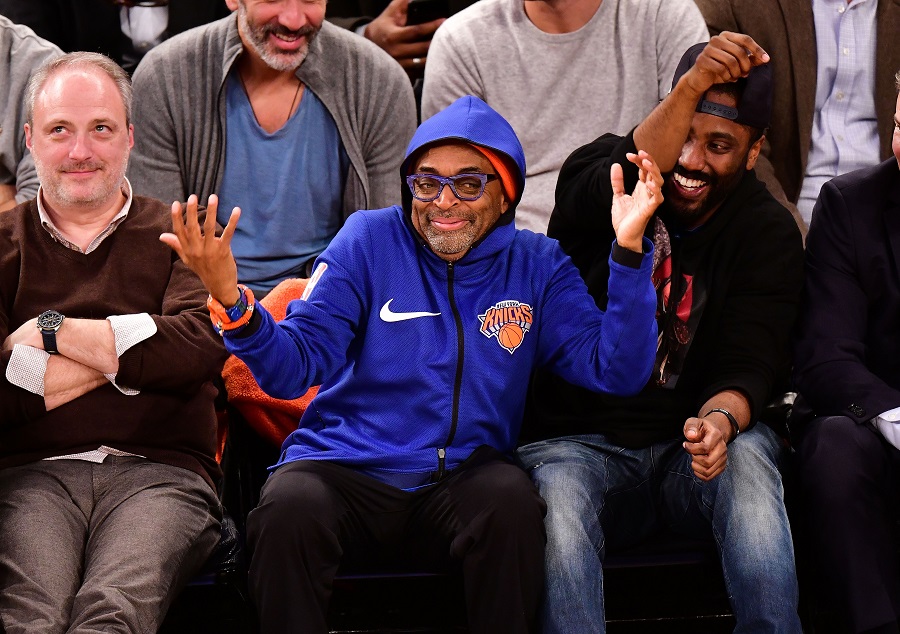 The New York director, famed for classic films like Do The Right Thing and BlackkKlansman, is another huge basketball fan; Lee is a hardcore New York Knicks supporter, having followed the team for decades – Lee estimates he has spent $10 million on Knicks tickets in the last 28 years.

It’s not as if the guy is a glory hunter, either – the Knicks last won the NBA back in 1973, and have the absolute worst winning percentage in the NBA over the last 20 seasons. None of that has deterred the director from cheering on his side, however.

But in an unexpected turn of events, earlier this year Lee said he was “done” with the Knicks, at least for this season – not because of the team’s troubles, but because security at the Madison Square Garden arena refused to let him enter using the employee entrance earlier this year – an entry point that Lee says he’s been using for more than two decades.

Could Spike’s love affair with the Knicks end over something as petty as being asked to use the correct entrance? With Lee’s goading of players on rival teams regularly backfiring, as the likes of Michael Jordan and LeBron James have often excelled against the Knicks after being subjected to Lee’s gibes, perhaps the director’s absence might at least mean the team can start winning again…

Notorious for it: Conor McGregor quits… for now
Can’t win ‘em all: The worst ever losing streaks in sport