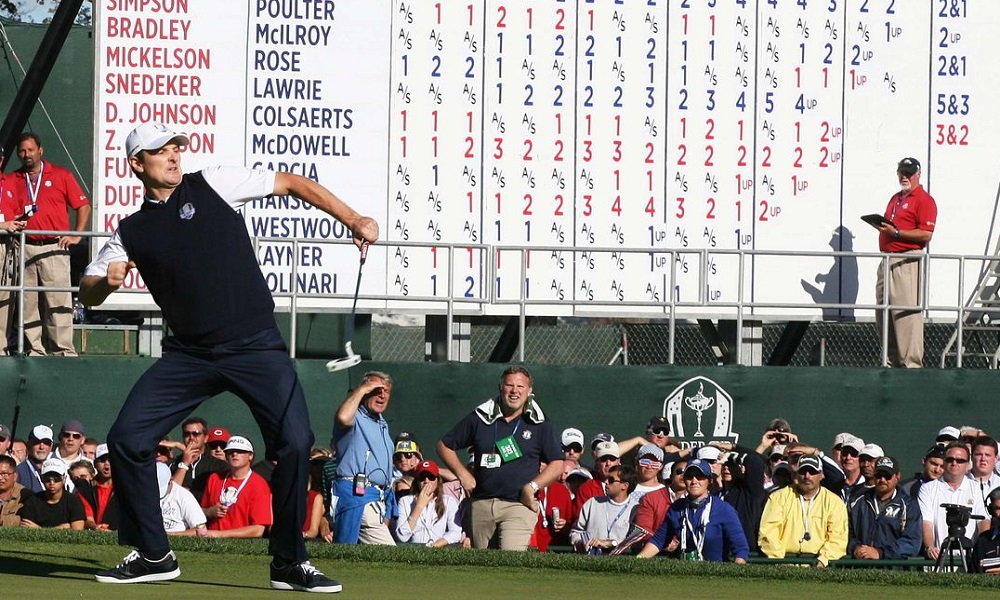 Greatest sporting comebacks of all time

There’s no more satisfying spectacle in sport than the comeback – especially when such a resurgence seems wildly implausible.

Want to remind yourself of some of the greatest comebacks in sporting history? You’re in the right place… 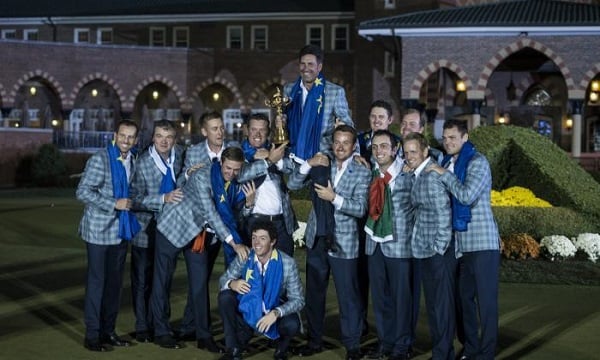 This biennial, team-based golf tournament between Europe and the USA has provided some absurd drama over the years. But as unlikely comebacks go, the Miracle at Medinah has to top them all.

Though Europe were far from underdogs at the start of the tournament, after the first two days they lagged 10-6 behind the US side. To make matters worse, the Americans were generally acknowledged to be superior at singles play, the format of the third and final day of the competition.

But seemingly cruising to victory, US captain Davis Love III would be left bamboozled by a final day’s play that saw the European side successfully earn eight wins from 12 matches. Martin Kaymer saw off Steve Stricker to tie the score at 14-14, guaranteeing Europe would keep the trophy; moments later Francesco Molinari would take a half-point from Tiger Woods to ensure outright victory.

Perhaps Justin Rose’s win against Phil Mickelson was the true turning point, though; 1 down with two to play, Rose would birdie each of the two final holes to leave Lefty bereft. After two miserable days at Medinah, the visitors had exploded into life.

Afterwards, Jose Maria Olazabal would pay tearful tribute to his late friend Seve Ballesteros. Meanwhile, the European fans struck a less elegiac tone with their own celebrations, delightedly chanting “10-6, and you fucked it up”. The famously conservative golfing community has rarely been so scandalised. 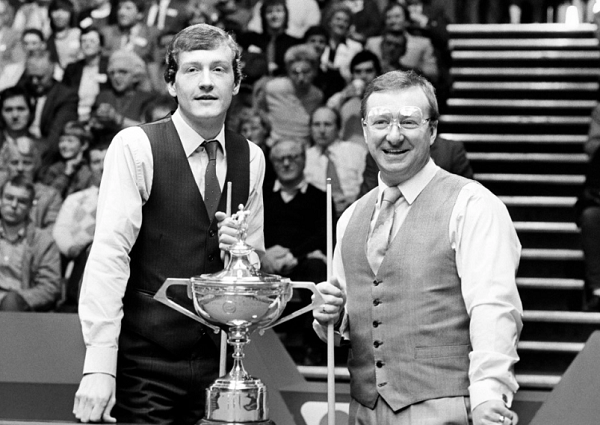 Much like golf, perhaps snooker isn’t the first sport that springs to mind when you’ve a hankering for sinew-straining, pulse-pounding, can’t-take-your-eyes-away-for-a-nanosecond grand spectacle.

Likewise, bespectacled, mild mannered Ulsterman Dennis Taylor is an unlikely poster boy for sporting high drama. But nonetheless, taking on Steve Davis at Sheffield’s Crucible, the pair produced one of the all-time greatest showdowns ever. Incredibly, some 18.5 million people tuned into BBC2 to watch the climax of this final.

Having won three of the last four World Championships, Davis took the opening eight frames here; a humbling experience seemed to be on the cards for Taylor, who had been a clear underdog even before the match got underway.

But in classic feelgood movie fashion (except this was real life), Taylor rediscovered his mojo, fighting back to take the ninth frame for what most viewers would surely have only imagined would be a consolation, not the beginning of an epic turnaround.

Instead, Taylor won five of the next six frames, but while Davis never resumed the dominance of those early frames, he would hold the lead throughout the match – until Taylor was able to level the scores at 17-17. Whoever took the next frame would win.

That final frame would take more than an hour to complete, with Taylor’s very first shot gifting Davis a foul without a red being sank – not a propitious beginning. But momentum would pass from one player to the other throughout this final act, neither man able to achieve much in the way of fluency, both players making errors.

Still, with Davis potting the last few reds to move into a slight lead over his opponent, Taylor must have feared his opponent was finally set to finish him off. You should take a look at the last frame on youtube, it really is one of the most incredible games you’ll ever see, with enough moments to make your heart sink if you’re rooting for the underdog.

And yet the underdog would win. The match would come down to whoever could sink the black, remarkably – and after both men struggled to get the deed done, it was finally Dennis who triumphed. Cue the famous finger-wagging celebration. How could snooker produce one of the most engrossing events of all time? But it really did… 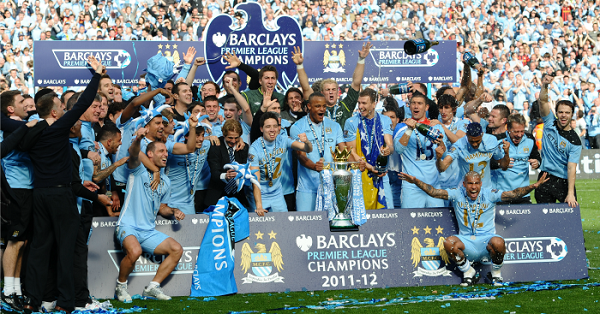 This was the first time the Premier League title had to be decided by goal difference. Roberto Mancini’s Man City faced QPR on the final day of the season, with Sir Alex Ferguson’s Man United needing to beat Sunderland – and better their neighbour’s performance.

For a while it looked like Fergie’s team had done just that, winning 1-0 at the Stadium of Light – while City trailed QPR 2-1, despite the London club having had the typically bird-brained Joey Barton sent off.

Yet in stoppage time, Edin Dzeko would equalise to renew City’s faint hope of winning the title – and then Sergio Aguero would rifle home the winner, even as United team and fans alike were celebrating in Sunderland, believing they’d done enough to get the job done.

City’s incredible renaissance was complete, the club winning the English top-flight title for the first time in 44 years. There will probably never be a closer finish, though in fairness to City, the club make a habit of cutting it close. This season’s one-point victory over Liverpool is the obvious example. But in 1999, City would win the division 2 play-off final too when all looked lost, two goals down to Gillingham with minutes left to play.

Yet Kevin Horlock and Paul Dickov would strike in the closing minutes to force extra time, and City would go onto win the penalty shootout, despite the fact many of their fans had already left the stadium at 2-0 down… 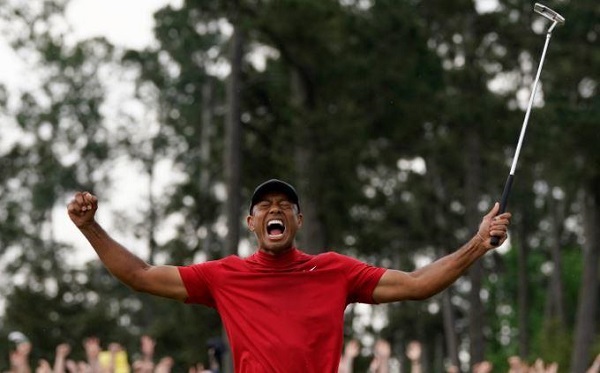 Maybe it seems like overkill to have two golf comebacks in one feature, but we couldn’t very well leave this one out. There’s an argument that Tiger Woods is the greatest golfer of all time; certainly, during his decade plus of utter dominance, it seemed unthinkable that Woods would not break Jack Nicklaus’ record of 18 major victories.

Yet after 2008, the well ran dry for Tiger. Woods had amassed 14 major victories by then, his last achieved at the 2008 US Open while he was playing with what would later be diagnosed as a double stress fracture in his leg. Essentially, he won playing with a broken leg.

After that win, problems would dog Woods’ career; further injuries, time out to recover from operations, attempts to retool his swing, and yes, personal problems that bled into his professional life all exacted their toll. There were peaks among the valleys – but with eleven years having passed since his last major victory, it seemed optimistic to believe Tiger could finally land that long awaited 15th major at Augusta this year.

Yet Woods proved too good for the current generation of young guns, the likes of Francesco Molinari, Dustin Johnson and Brooks Koepka failing to rattle the 43-year-old. Woods would shoot -13 to claim his fifth green jacket, delighting a crowd who had never stopped believing in him. Could more majors be about to follow in 2019? He’s amongst the favourites for the PGA Championship this week…

For the latest sport betting markets, visit 32Red. If you’re looking for a different kind of flutter, check out our 32Red Casino site – there’s plenty of slots and table games to keep you entertained!