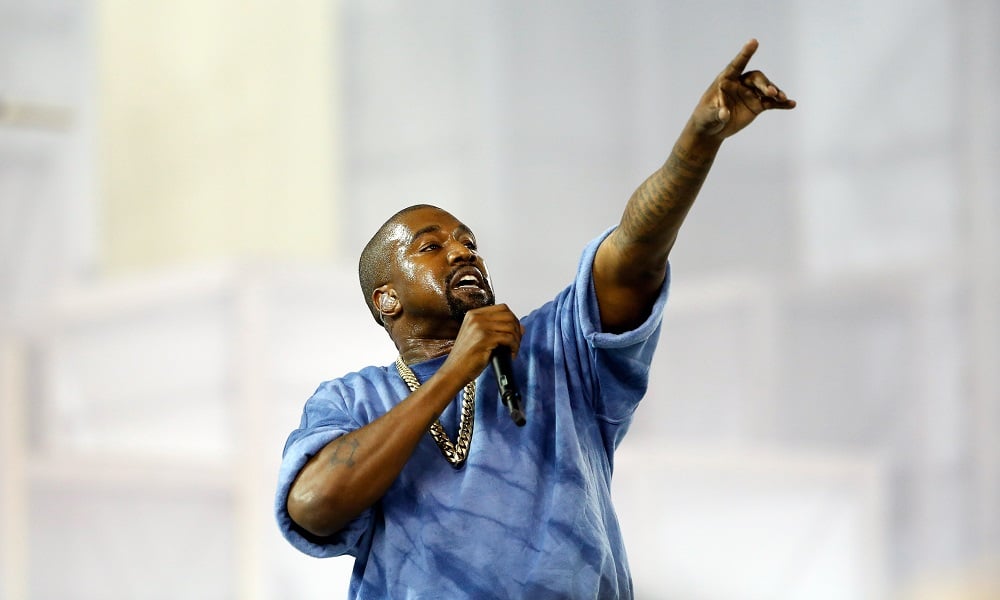 Nope, this isn’t some beautiful dark twisted fantasy – in a timeline seemingly scripted by Mad Jim Jaspers, Kanye West has thrown his hat into the ring for the role of US President. And let’s face it, the multi-million selling hip-hop superstar could scarcely do any worse than the present holder of that office. Bet on politics at 32Red here

Given the violently declining standards of the day, West may no longer be too wacky for the White House. And even if the rapper doesn’t win the popular vote, he can always bum rush the stage when Joe Biden delivers his victory speech. “Yo Joe, I’m really happy for you, Imma let you finish, but Ye had one of the best campaigns of all time,” etc.

In any case, Kanye is hardly the first unconventional contender to run for president. Want to know the biggest political oddballs in US history? Let’s cast our mind back to a happier time, a time before dangerously unstable hate-filled morons were able to rise to the highest office in America. Thanks for hastening the demise of civilisation, reality television and social media! That shit cray.

Exactly like pro wrestling, politics is a tough game, even if you know what the result’s going to be. So let’s hear it for Jonathon Sharkey, a former wrestler who also claims to be a vampire, freely admitting to drinking the blood of his (presumably consenting) “girlfriends and mistresses”.

He seems to be about the kind of high calibre person that would fit right in to the current administration, but after filing to run as a republican candidate for the presidency in 2012, Sharkey’s political ambitions have taken a back seat in recent years, with much of his time apparently taken up trying to assemble a vampire colony.

Sharkey once appeared on Tucker Carlson’s television show where he was described as a right-wing vampire – ironic, since many consider Carlson himself to fit that description. The former grappler is also a follower of Hecate, the ancient Greek goddess of witchcraft. Yup.

Serial candidate Fellure has made a run for president in each US election of the last 30 years, sadly without gaining much of a foothold in the public’s consciousness. Undeterred, when each new election cycle rolls around the indefatigable 88-year-old fronts another joyless campaign, pressing the flesh and slinging the mud as he embarks on another doomed crusade.

Fellure’s failings would appear to stem from his deeply puritanical stance; in layman’s terms, he wants to ban everything and most people think he’s a massive buzzkill. Amongst the items on Fellure’s hitlist, he wants to call a halt on liquor and pornography, which would certainly put a crimp in my Saturday night, and is also against both abortion and homosexuality. Jeez Louise.

Having failed to make any real headway while campaigning as a Republican, in 2011 Fellure announced his own political group, the Prohibition Party, harking back to an idea that had unambiguously failed nearly a century earlier; during the 2012 election, he would earn 518 votes. Where’s that shrug emoticon when you need it?

Basil Marceaux just gets it. If Trump can be president, I genuinely have no idea why this maverick genius failed to make it to Washington DC. Instinctively grasping the concept that you get people on side by giving them what they want, Marceaux’s platform was a simple one – vote for him, and he would enable you to do just what the hell you felt like, risk-free.

A candidate for the Republican party, Marceaux’s political campaign hinged on a promise that if elected, he would ban police officers from charging suspects, a statement on his website reading “if I win I will immune you from all state crimes for the rest of you [sic] life!”

Marceaux’s life appears to have informed his politics; at the time of writing he has been the defendant in 19 criminal cases, many of which revolved around traffic violations. In seven of the cases, Marceaux was found not guilty by reason of insanity…

Before Trump, there was Sarah Palin, who was almost identically as unfit for the role of government as Trump, as far as I can tell. Except for whatever reason (the fact she was a woman?!), people weren’t as willing to let her off the hook as they are the current clown prince of politics.

Palin wasn’t running for Prez, however. Instead, she had her sights set on becoming the Vice President, serving as a running mate with the somewhat crustier John McCain; the pair would operate as some kind of opposites-attract, fire-and-ice partnership that would have broad appeal amongst the heartlands of America’s surprisingly vast dipshit community.

What was Palin’s schtick? Well, in crass but accurate terms, she looked a little, y’know, MILF-y (so much so that she inspired an adult movie called Nailin’ Palin). She was American as apple pie, a God-fearing good ol’ gal with a love for guns, glory and governance – she’d previously held the role of governor in Alaska.

In fairness, she also said Obama should have nuked Russia – which, we can all agree, Trump may have some reservations about.