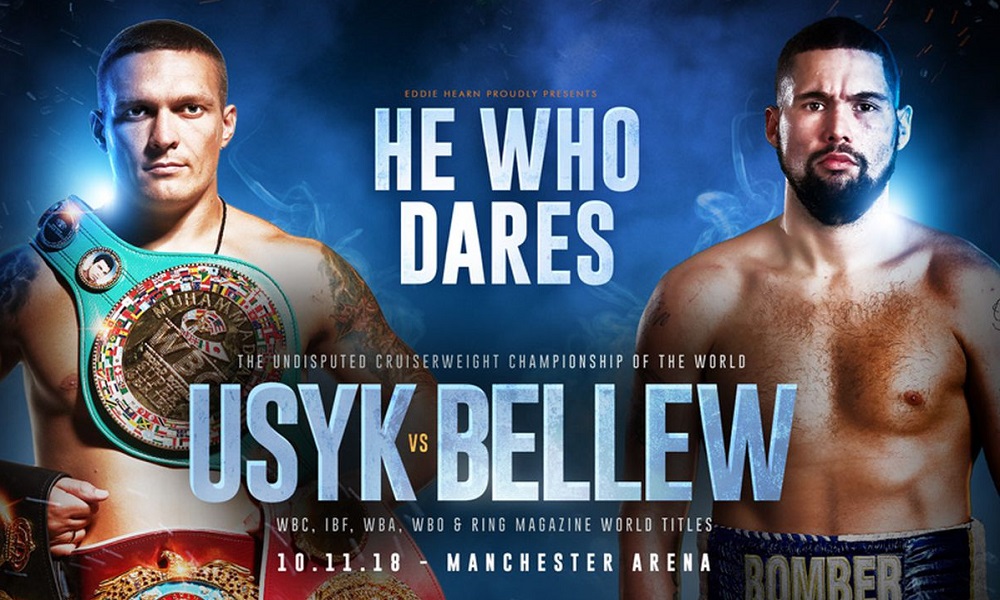 Tony Bellew is a marmite character. Unsurprising for someone who has had as much to say over the years as the Liverpudlian.

The current ‘grudge match’ king of boxing has sold fights better than nearly any British fighter in recent history and whether you love him or loathe him, as he enters the ring for the final time this weekend, you have to, at the very least, begrudgingly give him his dues on what he’s achieved in his career. Find the latest odds for Saturday’s fight here.

If you rewound to 2011, ahead of his fiery first clash with domestic rival Nathan Cleverly, and said that over the next seven years he’d become Cruiserweight champion in front of a home crowd at Goodison Park, step up in weight to twice defeat a former Heavyweight champion of the world on PPV and play a lead role in a Hollywood movie, people would have rightly questioned your sanity. Bellew’s mouth has undoubtedly made him opportunities, but he’s more often than not made the most of them when presented.

On Saturday he earns even more kudos as he steps into the ring with Oleksandr Usyk, the former European, World and 2012 Olympic champion, undisputed Cruiserweight champion within 15 fights, winner of the inaugural WBSS Cruiserweight tournament and arguably one of the top-5 pound-for-pound fighters in boxing today.

If Bellew was looking for an easy swansong to his career, he’s chosen the wrong man. As challenges go in boxing, it doesn’t get much tougher than this.

Given the magnitude of the task at hand, it’s no surprise to see Bellew as the 4/1 outsider, with Usyk at 2/13. So technically proficient is the Ukrainian that Bellew to win on the score cards is as wide as 14/1. Bellew has rigidly stuck to his mantra that “he’ll always find a way”, but with the odds so firmly stacked against him, is there any chance he can score the upset win?

At first glance, Bellew to win on points is an attractive-looking proposition at the price, especially for a man who’s achieved what he has and who will be fighting at home. The major problem with getting stuck into the 14/1 is the consistency and accuracy of Usyk’s jab which should ensure that in quieter periods of the fight, he’s going to be seen to be the more active fighter. They won’t always be powerful and they won’t always land clean, but they will be consistently thrown to head and to body in a bid to prevent Bellew from setting his feet.

This will be the crucial battle of the fight, as while Bellew clearly has heavy hands, he tends to need to throw his power punches when he’s set in position. Aside from the frustratingly all-too-common poor scorecards we’ve been seeing in British fights, I couldn’t look further than Usyk having his hand raised if the fight goes the distance – currently available at 6/4.

The glimmer of hope for ‘The Bomber’ has to be scoring the knockout. If he can land the 6/1 surprise, it would make it his fifth in a row and without question be the most impressive of his career. It would also have an argument for being one of the most impressive wins a British fighter has ever had. If you’re looking for an angle here, then I wouldn’t be shocked to see Bellew target the body of Usyk early on, a tactic which could see him have some success.

Usyk likes to pivot and move off the front foot once he’s landed his shots and often does so with a high guard – a move he used successfully when comfortably outpointing Murat Gassiev in the final of the World Boxing Super Series. While this largely allowed him to stay out of the big-punching Russian’s face, it did occasionally leave his torso exposed as a consequence.

On the odd occasion Gassiev landed something meaningful to the body, Usyk appeared to show small signs of feeling the shots. It’s by no means a major flaw, but it’s a small opportunity which Bellew’s team will no doubt have noticed. Tony Bellew is anything but stupid and he’ll be fully aware that if he scores the KO this weekend he’ll have to earn it and this is almost certainly going to require investing in some body shots to slow Usyk down early.

There has been some talk of the champion crumbling under the big show pressure, but if you’re hoping for this, you’re likely to be in for a nasty surprise. Not only has Usyk delivered when it mattered at the Olympics, but he’s also on a run of five fights (four of which were against undefeated fighters) in his opponent’s backyard. Not only that, but on beating Murat Gassiev in his last fight, he celebrated in the ring by shouting ‘Who’s the daddy?’ to the hostile crowd.

For a Ukranian to do this after beating a Russian fighter in Moscow, is not exactly the signs of a man with confidence issues! Bellew to win between rounds 1-6 is priced at 11/1, but for me I just can’t see any situation whereby Usyk freezes under the lights and the marginally longer 12/1 on Bellew to win by stoppage between rounds 7-12 would be where I’d look if a stoppage for the Liverpudlian is something you’re leaning towards.

Personally though, while I can see Bellew landing the odd heavy shot to keep the fight interesting and the crowd engaged, I just can’t see him landing enough of them to get the job done. A prime Oleksandr Usyk is no injury-ravaged David Haye and as the fight progresses I expect to see the gap in class become increasingly visible. My bet of the weekend will be Usyk winning a comfortable points decision at 31/20.

Whatever the result on Saturday you can’t knock Bellew for chasing greatness. For a man with money in the bank and the prospect of a comfortable career behind the microphone with Sky Sports, the decision to test himself against the very best is admirable. The sport of boxing could do with more people prepared to take the sternest tests. Unfortunately, it’s not likely to end in the dream send off and the marmite man of boxing may have bitten off more than he can chew on this occasion.

Josh Warrington exclusive video: Fighting for a City Premiere
Jack Catterall update: I know that I’m going to be right there in the mix with them all.