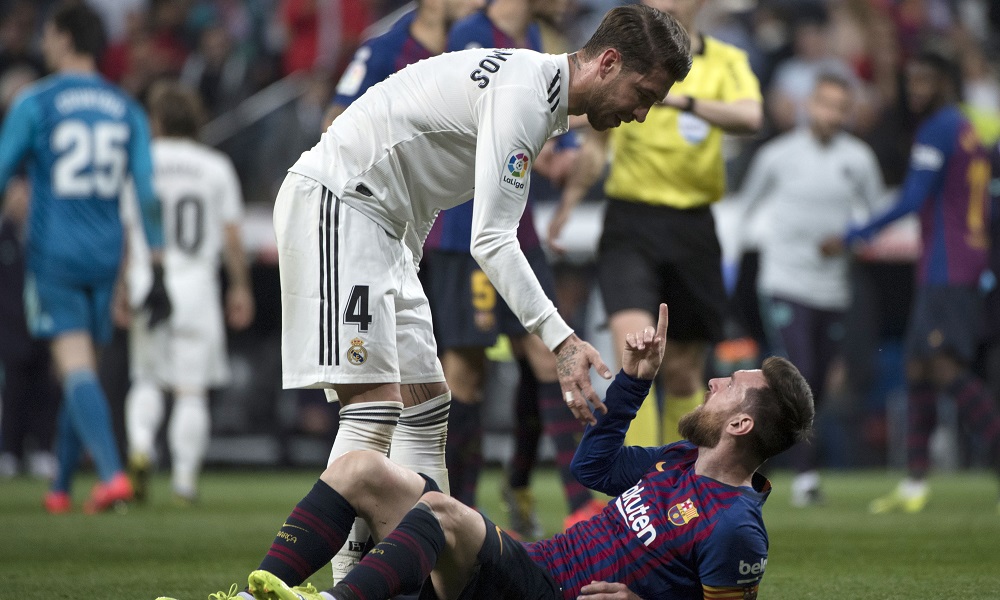 Weekender: All the must-see football action over the next few days

99 problems and the pitch ain’t one? There are intriguing games galore in the Prem and the Championship this weekend, with the Carabao Cup final coming up on Sunday.

And with El Clasico and Juventus v Inter, the European action looks pretty tasty too. For all the latest football odds, visit our sportsbook.

It’s all gone a little lethargic for Leicester of late, with just one win in their last six Premier League games. For all that, Brendan Rodgers’ side remains third in the league, six points clear of the equally erratic Chelsea.

Still, Norwich have managed just one victory in all competitions during the last three months, that rare win a tight 1-nil affair over fellow relegation candidates Bournemouth. The Canaries haven’t even troubled the opposition’s net in their last three matches, with zero goals scored in February. If the Foxes want to raise their spirits, a trip to Carrow Road could be just the tonic.

After his fine early season form, it’s a mite perplexing that Jamie Vardy hasn’t scored a single goal in his last seven matches. As for the host side, Norwich have never won a Premier League game they’ve played on a Friday (er, they’ve only played four of them, though).

Whatever the reasons for the hostility between these two sides, the rancour is real. Neither team are exactly flying in the league, but Palace did win last week at Selhurst Park – even if their last victory on the road came in November.

The Seagulls are unbeaten in their last three encounters with Roy Hodgson’s side, winning this fixture 3-1 last season. Can Graham Potter’s men earn their first win of 2020 in this lunchtime kick-off, after four draws from their last five outings?

Glenn Murray will be hoping to continue his fine form in this fixture – the Brighton striker has scored in each of his last four appearances against Palace, although he has just one league goal this season.

It’s seven losses for Hull from their last nine outings, and the Tigers look to be in real trouble, even succumbing to the struggling Barnsley a week ago.

As for Leeds, Marcelo Bielsa’s side have been victorious in each of their last three outings, winning each match 1-0. After stumbling at the start of the year, can the side move to within a point of league leaders West Brom with a win at the KCOM stadium? This could be another efficient performance from the promotion hopefuls.

Nigel Pearson made an impressive start to life with Watford, but the Hornets have hardly been buzzing recently – last time out they were turned over 3-0 by Man United, and haven’t earned a win in their last five league games.

The signs are far from auspicious – and that’s before you look at the opposition, a Liverpool side that have just matched the longest winning run in the English top-flight, claiming their 18th consecutive victory with the win over West Ham on Monday. They can make the record their own if they take all three points here.

Liverpool top the Premier League table with 79 points – 22 clear of nearest rival Man City. Jurgen Klopp’s side need just four more victories in the Prem to make certain of the league title, an honour which has eluded the club for 30 painful years. And on current form, Watford look like budding candidates to provide one of those victories.

The Jambos aren’t having a great season, but they did turn over Rangers back in January in the league – so will Steven Gerrard’s side be able to exact a little vengeance in this Scottish Cup quarter-final?

The Gers celebrated a fine victory against Braga on Wednesday to progress to the round of 16 in the Europa League. And the Glasgow side can give themselves a serious chance of domestic cup glory with victory this weekend – but that’s not to say it’s going to be easy.

There’s been lots to like for Everton fans since Carlo Ancelotti took over back at the end of last year, but they come up against a Manchester United side that have rediscovered some of their swagger in the last month.

United drubbed Club Brugge 5-nil on Thursday, and new signing Bruno Fernandes is already proving to be a popular addition to the United ranks. But Dominic Calvert-Lewin is the danger man for the home side – he’s already scored 12 league goals so far this season, with four in his last five matches.

Villa have won this competition five times – most recently 24 years ago. In the present day, though, the Birmingham side have racked up three straight losses in the Prem, and are one point away from the relegation drop zone.

The prospect of a day out at Wembley may cheer up the supporters, but it’s tough to see Dean Smith’s team finishing the day on a high. The side put in some gutsy appearances to get this far, but conventional wisdom says the Villans will surely come unstuck against a City side that have won this competition for four of the last six years.

City warmed up for this match by beating Real Madrid at the Bernabeu on Wednesday, and may approach this match as if it’s a fait accompli. Still, there is a glimmer of hope for Villa. Pep Guardiola’s side have, after all, been unusually vulnerable on occasions this season….

Juventus lead Serie A, but Inter can move to within three points of the Old Lady if they can pull off a win in Turin this weekend. That outcome may not be out of the question either, with Juve and Maurizzio Sarri not seemingly entirely in sync this season.

The club suffered a disappointing loss to Lyon in the Champions League on Wednesday. That said, Juve’s home record is incredible, with the club only losing in their own backyard once in the last 12 months, going down to Ajax in the Champions League in April 2019. They haven’t lost in the league at home since April 2018 (when it was Sarri who masterminded the win, this time for Napoli).

Inter have lost games in the Coppa Italia and Serie A in the last few weeks – can they regain their focus in time to give the league leaders a thorough examination here?

The weekend concludes with El Clasico – and neither Barcelona or Real Madrid are in the best of shape, running up to this encounter. Barca have made all sorts of headlines for the wrong reasons in the last few weeks, with the emergency signing of Martin Braithwaite not winning the club many friends.

And even Lionel Messi has been perplexed by stories in the press that Barcelona had paid a social media company to write unflattering stories about high profile Barca figures – including Messi himself. The club have denied the allegations.

Whatever, Barca currently lead La Liga by a couple of points, while Real Madrid were beaten 2-1 by Man City in the Champions League on Wednesday – the club’s second loss in five days. Can Barca inflict another damaging defeat on Sunday? The Catalan club have won each of their last three visits to the Bernabeu.

Meanwhile, Real are struggling for goals – with main threat Benzema, so potent earlier this season, having scored just one league goal since Christmas.It’s not like other players have been stepping up to take the load either; Benzema is Real’s leading scorer with 13, with the second highest scorer being Sergio Ramos with five…

The last time these two sides met, it ended in a goalless draw – but that deadlock in December was the first time since 2002 that an El Clasico had ended nil-nil. Let’s hope Sunday’s match is a little livelier…

Jeepers, Keepers – it’s the five craziest goalkeepers ever
Silly sending offs – it’s the most bizarre red cards of all time