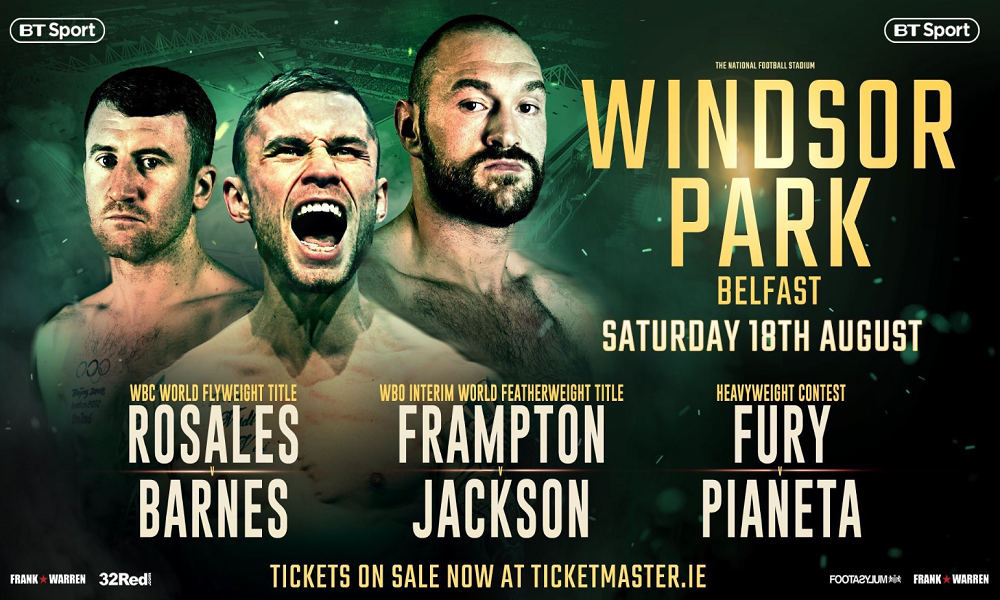 When 32Red’s Carl Frampton inked his promotional deal with Frank Warren a year ago and became a flag bearer for BT Sport’s entry into boxing, he was promised the next stage of his already stellar career would include a bout at Windsor Park, the home of Northern Irish football. On Saturday night, in front of 30,000 adoring fans, his wish will be granted, and Belfast will stage the biggest boxing event it has seen to date. Find all the latest boxing odds here.

It’s no secret that he would have hoped for a bigger ‘name’ to be looking back at him when the bell rings at around 10pm, but unfortunately for him the stars just wouldn’t align to make this happen. Despite best efforts to secure a blockbuster opponent, 32Red ambassador Josh Warrington upset the applecart by snatching the IBF title from Lee Selby – who would have been an obvious candidate.

Leo Santa Cruz reneged on his word to settle their trilogy in Belfast and took a pointless rematch with Abner Mares instead, the occasional boxer Gary Russell Jr. had already had his once a year outing and Oscar Valdez was unfortunately injured en route to defeating former Frampton victim Scott Quigg. In place of the more recognisable names in the Featherweight division, Frampton will instead be facing the former Australian Olympian, Luke Jackson, who comes to ‘The Jackal’s’ backyard with a record of 16-0. 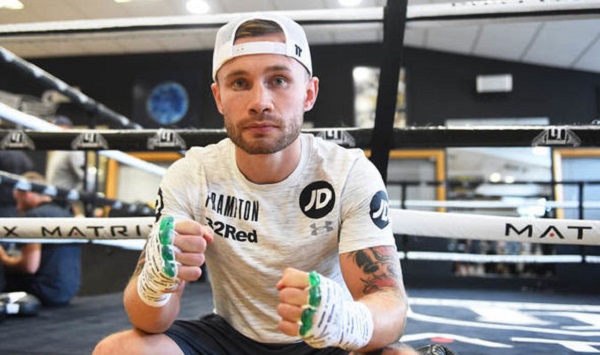 While Jackson’s record on paper looks impressive, he’s a 23/2 outsider with 32Red Sport for a reason. The main one being that Frampton doesn’t just represent a step-up in opponent for ‘Action’ Jackson, it’s a full staircase.  With only seven stoppages in his sixteen wins and no notable names on his record, it’s unlikely that the Australian has the power to really unsettle his world-class opponent at any point. Frampton has shared the ring and defeated legitimate power-punchers like Kiko Martinez, so if you’re taking the 22/1 on offer for Jackson to come out with a stoppage victory, you’re seeing an angle very few have.

The likelihood of a points win is just as slim for me (Jackson is currently 25/1 to win on points) as only a short session watching their respective bouts will tell you there’s a significant gulf in class between the pair. So slow in comparison is the Aussie, that if you flick from watching Jackson to Frampton, you’d think the second video is on fast-forward. Put simply Frampton does just about everything better than ‘Action’ and at twice the speed.

Frampton has shown the occasional tendency to dip his own performance level when faced with a lesser opponent – being dropped by Gonzalez Jr. and hitting a few rocky patches against Horacio Garcia two fights ago – but he’s always found a way to navigate those challenges and it would be a major surprise if the scale of the event this weekend didn’t keep him fully focused on the task at hand. Jackson’s lack of fluid movement will have the Irishman teeing-off on him before too long and while he is yet to finish a fight inside the distance at this weight, I’ll be taking the 7/4 on offer for Frampton to stop Jackson between rounds 7-12.

Also on the bill this weekend is fellow 32Red Ambassador, Paddy Barnes, unbelievably challenging for a World Title in only his sixth professional outing. Despite being a two-time Olympic medallist and a firm fan-favourite this weekend, ‘The Leprechaun’ will meet WBC Champion Cristofer Rosales as the 2/1 outsider. 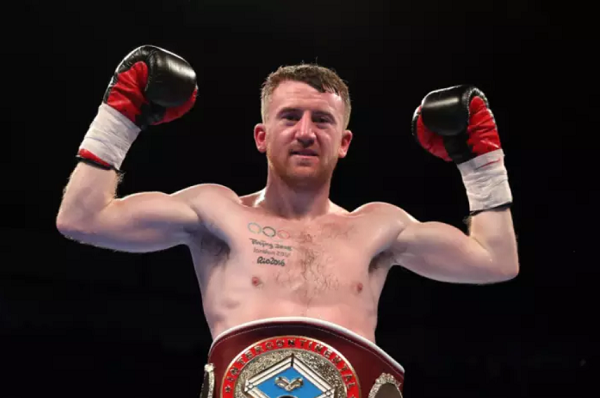 The downside of Barnes’ exceptional amateur career, that saw him turn professional at thirty years of age, is that adapting to the professional game has taken a little work. Five distance wins provided him with time to adjust to the required style and while that may not have sent pulses racing, he encouragingly produced his best outing so far when claiming his first stoppage against Eliecer Quezada in November last year.

Barnes will undoubtedly need to go up another gear again this weekend to defeat the Nicaraguan, Rosales, who himself is coming in off a career best performance in claiming the title against Daigo Higa – a fight that nobody gave him a chance in. Higa went in with fifteen stoppage wins in fifteen fights and it’s this performance which has made Rosales the 2/5 favourite. He has however been defeated three times before and it’s the names of Andrew Selby and Kal Yafai (both winning comfortably enough on points) that stand out.

It’s almost certain that Barnes will have to go the distance to claim the title this weekend, but with his amateur skill-set and what appears to be a steady progression as a professional, I’d be taking the 3/1 available for Barnes to win a close and hard-fought decision.

Last, but not least, is the big-man himself, Tyson Fury. Stage two of the widely publicised comeback sees the Lineal Heavyweight Champion take on Francesco Pianeta, in what’s touted to be the final warm-up before a showdown with current WBC King Deontay Wilder. Fury has promised the crowd a performance of a “heavyweight Sugar Ray Leonard”, but the truth is he’s unlikely to need to be even half that good. 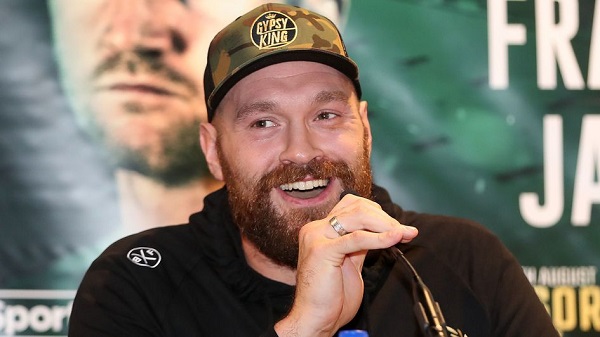 While Pianeta is a clear step-up from the much-maligned Sefer Seferi and is a perfectly credible adversary when coming off a lay-off as lengthy as Fury has experienced, it doesn’t change the fact that he was recently stopped by Kevin Johnson, who is neither a puncher, nor a top-contender at heavyweight.

The 1/100 odds on Fury will tell you the result is essentially a formality and if I was looking for the bet in this one, the 11/8 for a Fury stoppage between 6-10 would be my pick. The enigmatic Fury is not a one-punch knock-out artist and at the risk of stating the obvious, enjoys the limelight. So while he could probably end this one whenever he wanted to, I don’t expect him to be in any sort of rush to do so.

If you’re feeling particularly adventurous, the treble on Frampton 7-12, Barnes on points and Fury 6-10 pays out at just over 25/1. A return that should have us all jumping just as much as the Belfast crowd will be if all three come in!

Prices correct at time of writing. To see all our latest boxing markets, check out 32Red Sport here. If you’re up for a flutter on table games or the slots, be sure to check out our award-winning casino too!

Carl Frampton on Luke Jackson: I want to blow this guy away
Josh Warrington on Frampton v Jackson: Carl might not have it all his own way