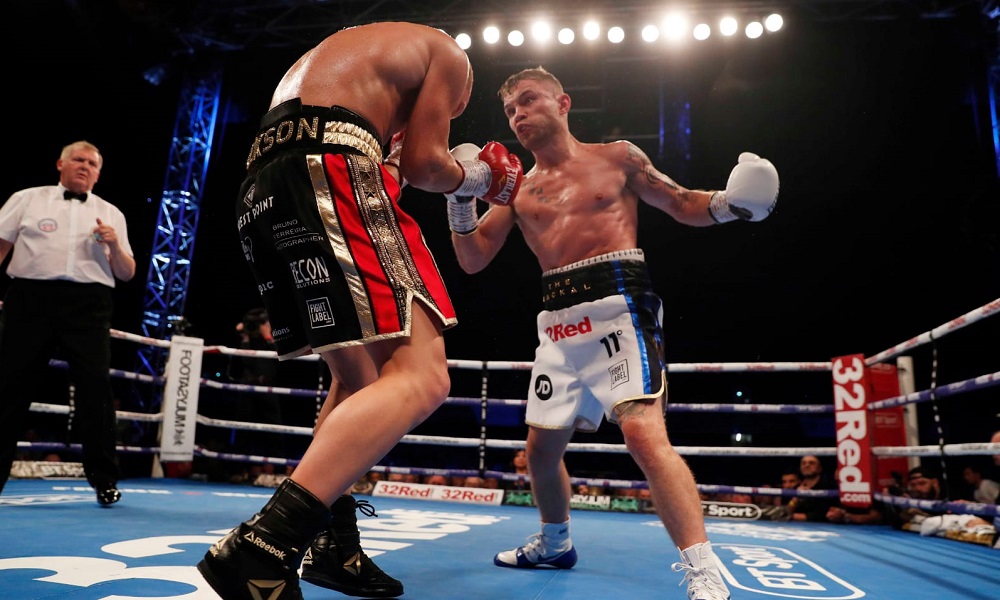 32Red are pleased to announce a further extension to their current deal to sponsor Frank Warren’s boxing shows, televised on BT Sport.

The new agreement, which begins with the mouth-watering clash between fellow 32Red Ambassadors Josh Warrington and Carl Frampton, will run throughout 2019.

Following on from their hugely successful stadium fights at Elland Road and Windsor Park this Summer, the December 22nd clash between IBF Champion Warrington and former two-weight World Champion Frampton will definitively settle who is the number one Featherweight fighter in the Britain and give the victor a claim to being the number one in the sport.

32Red have been headline sponsor of the televised BT Sport events since the first show of ‘The New Era’ for British boxing in March 2017. During this period, the partnership has included 17 live-events including stand-out moments such as Josh Warrington’s thrilling victory over Lee Selby at Elland Road, Carl Frampton’s dream of a headline fight at Windsor Park and the comeback of Lineal Heavyweight Champion, Tyson Fury. It has also led to the emergence of the next-generation of stars of the sport, such as Daniel Dubois and Anthony Yarde.

Neil Banbury, General Manager, 32Red commented: “We’re delighted to have extended our deal with Frank and the team for at least another year and there’s no better way for us to kick-start the next stage of our partnership than with a fight between two of our brand ambassadors, in a huge PPV event.

We’ve been privileged to have been associated with Carl and Josh for all their fights on BT Sport to date and it’s a credit to them both and to Frank Warren, that they’re prepared to take on the toughest challenge available in fighting each other. It’s these type of night’s which continue to give us great confidence that we’ll be associated with the best of British boxing moving forward.”

Promoter Frank Warren commented: “I’m delighted to extend our sponsorship deal with our friends at 32Red. They have been great supporters of us since the start of our deal with BT Sport.

They have been a pleasure to work with and we are extremely happy to continue to be part their great sponsorship portfolio.”

Josh Warrington on Frampton v Jackson: Carl might not have it all his own way
Jack Catterall on Ohara Davies: It’s my turn to carry the torch