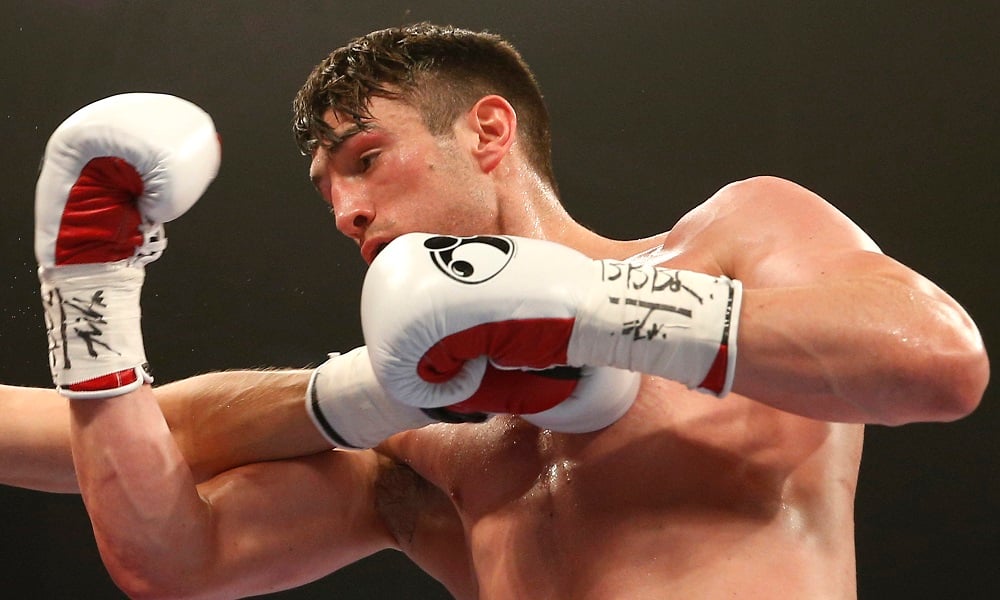 When Tommy Langford caught up with 32Red earlier this week, he told us he was looking forward to an all-action fight at the Leicester Arena this weekend. After a series of opponents who were reluctant to engage, Langford was excited by the prospect of finally landing ‘his kind of fight’. See the latest odds here.

Unfortunately for the Birmingham man, Avtandil Khurtsidze’s current odds of 9/25 suggest Saturday’s fight will be more to his Georgian opponent’s liking and the fighter known as ‘mini-Mike Tyson’ will be heading back to his Brooklyn base with the interim WBO world middleweight title in tow.

Comparisons between Khurtsidze and Iron Mike may sound a little ridiculous, but with 21 KO’s in 32 wins, it’s clear that the relatively unknown Eastern European can bang a bit. Particularly when you consider the last five opponents he’s faced have failed to hear the final bell.

The stand-out victory on Khurtsidze’s resume is his final round stoppage of the previously unbeaten Antoine Douglas in March 2016 and when watching that fight you can start to see where the nickname has come from. Khurtsidze is short, stocky and ultra-aggressive and like the legendary Brooklyn fighter he’s being compared to, he constantly looks to slip his opponents’ jab before unleashing a series of vicious hooks. For that reason, 8/11 on Khurtsidze earning the stoppage victory this weekend is a popular bet and one I’d find it very hard to argue with.

If you’re partial to a little patriotism with your punting, then it’s not all bad news for Tommy Langford. Langford is a neat combination puncher and if he can land enough jabs to at least occasionally halt Khurtsidze’s relentless march forward, then he’s in with a shout of victory. Hassan N’Dam, the talented but brittle Cameroonian middleweight was able to successfully do just that against Khurtsidze in 2010 and you’d have to see that fight as the Midlands man’s blueprint for victory.

Langford only has six stoppages amongst his eighteen wins and at 9/1, it’s clear the market doesn’t fancy a stoppage victory for Langford as the likely outcome. If Langford is to have his hand raised on Saturday night and earn a crack at WBO champ Billy Joe Saunders, then a points victory is the probable route and 3/1 here would be the value bet.

If Langford does manage to pick up the upset win this weekend it wouldn’t exactly go down as a major shock. However, it is clear he’ll have to go through more than a few rocky periods to do so given Khurtsidze’s style. While I won’t win any great praise for tipping an odds-on outcome, the sensible bet has to be the Georgian to win inside the distance.