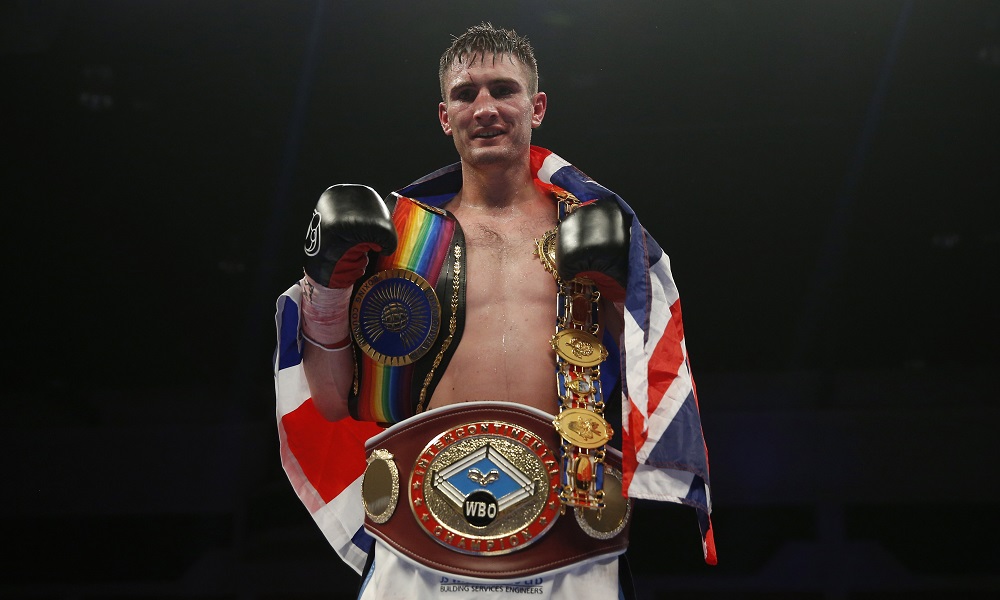 Tommy Langford: This is my kind of fight. He’s gonna come right at me

Every fighter dreams of the night they announce themselves on the world stage. Most of those thoughts will involve running a clinic on an established name or a spectacular knockout of a feared champion. Very rarely would those daydreams consist of a blood and guts battle with an unknown East European.

Advantil Khurtsidze (32-2-2, 21 KO’s) is an unfamiliar name to many but on Saturday night, the Brooklyn-based Georgian will present Birmingham’s Tommy Langford with his first step into world class. Those in the know are expecting a long, hard fought battle for the interim WBO world middleweight title. Langford is no exception. For the latest odds, see here.

“This is a tough challenge and a big fight but the build up has been more enjoyable than usual because this is my kind of fight. He’s gonna come right at me,” Langford (18-0, 6 KO’s) told 32Red. “That’s the only way he fights. I know he’s dangerous but there are no pre-conceived expectations on my part. Beforehand – rightly or wrongly –  when I’ve been fighting for British titles, I’ve known what I’m capable of and known exactly what I should do to these kids. That puts expectations and pressure on yourself to perform. With this fight, I have to get it right or else I’ll lose. That’s world level boxing for you.

“There’s no weight on my shoulders and no expectations for this. It’s a huge opportunity for me but it’s one that I 100% believe I can win.”

The 27-year-old Langford is certain that the challenge of facing such a well-respected opponent will bring the best out of him but he isn’t approaching the fight with the naivety and over-confidence of an unbeaten challenger. His belief is based on knowledge. Not only of the 5ft 4in tall Khurtsidze’s record and reputation, but of his own ability and mettle.

“Having watched him, yes, he does do the things he does well. He’s very short and makes things awkward but other than size, there’s one big thing I have over him. I’m a better technical boxer than he is and as long as I stick to my gameplan, I will win.

“As soon as Khurtsidze jumped up to the number one spot I looked at him. I knew that if I wanted to become the mandatory challenger, I’d have to beat him. He is really an avoidable fighter. He’s a tough, tough nights work but he’s well beatable and there are ways to beat him.

“I want somebody in front of me. My last few opponents haven’t wanted to engage. There’s no question about this one, it will be an exciting fight. However short he is, he’s going to have to get inside to land punches. He has to pressure me and I’m going to have to keep him off. It’s going to be an all-action fight.” 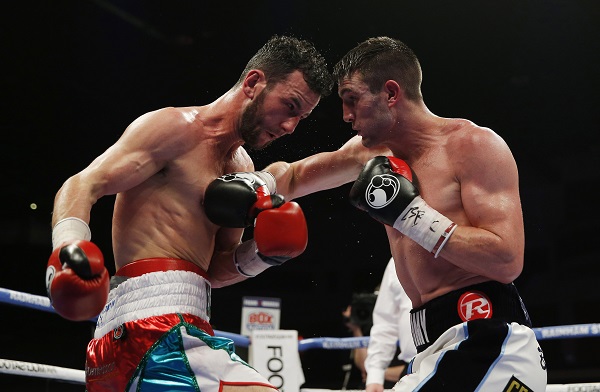 The term ‘mini-Mike Tyson’ is one of boxing’s most over-used cliches but, decked out in black, gloves tucked under his chin and hell bent on inflicting damage, the short, squat Khurtsidize does a reasonable impersonation of Iron Mike.

At his brief but devastating peak Tyson was a fearsome prospect but those who enjoyed real success against him were not only able to establish a jab, they were also willing to meet fire with fire when necessary. Khurtsidize’s size and style mean that he has spent his entire adult life attempting to slip the jab. The only surefire bet this weekend is that at some point, he will get inside Langford’s defences and into range. Nobody is quite certain what will happen when he gets there.

“With the combination punching I have, people have said I’ll look great against him but you never really know how strong somebody is or how hard they punch until you’re in the ring with them. I think he’ll come out fast and because they think he’ll walk through me because they haven’t seen the best of me and I haven’t been in with any fighter who fights like him. If I get it right against somebody like this I can look phenomenal.

“He hasn’t really got a great defence. He slips and slides but the key is that you have to land that first punch. If he slips inside your first shot, he’s in on you. If you land the first shot he’s right there at your range.

“You have to stamp your authority on things and show that you aren’t just going to move around. When you get the chance you have to let them go.”

Already ranked at number three by the WBO, beating Khurtsidze [who sits in the number one spot] would legitimise Langford’s world title claims. With champion Billy Joe Saunders’ negotiations for a unification fight with division ruler Gennady Golovkin making slow progress, there remains the very serious possibility that the winner of the fight will be crowned full champion should Saunders’ search for big game take him up to the super middleweight division.

“This means a lot. He’s the mandatory challenger to Billy Joe and I’m doing the job of the champion here. I’m fighting the number one contender and if Billy Joe doesn’t fight, there’s no reason why the winner of this fight won’t be made the champion. You don’t know what’s going on with Billy Joe. If he doesn’t get the big payday and fight with Golovkin, is he really going to want to fight me or Khurtsidze? Is he going to move up to super middleweight and look for Eubank Jnr or DeGale.

“I’m looking at this as a world title. If I win this, I’m right up there and I can talk about the big names from a rightful position.”