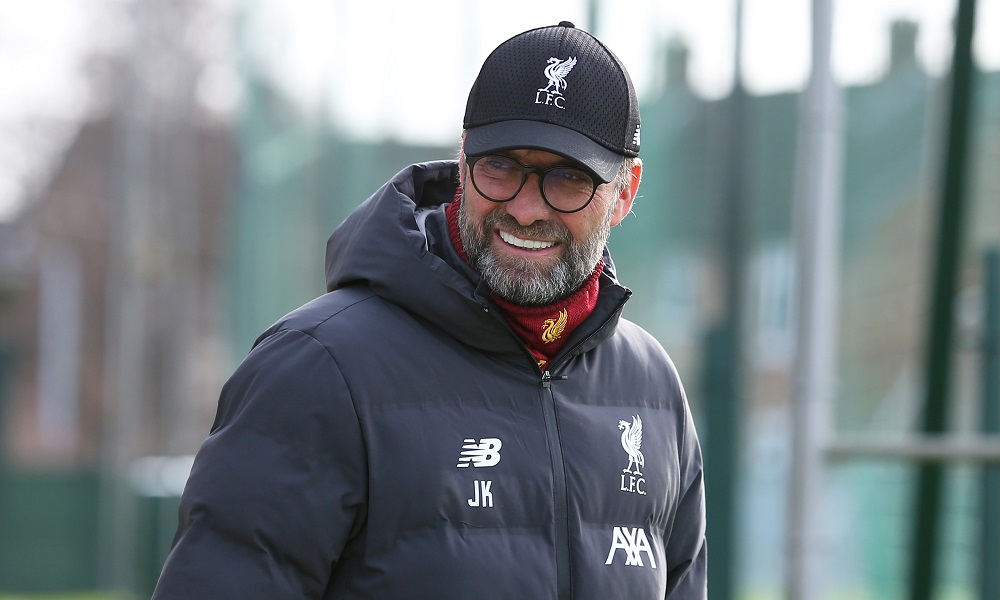 The first leg of the Champions League round of 16 gets underway on Tuesday, with English sides Liverpool and Tottenham both in action this week. Fancy a flutter? Here’s a few suggestions…

Chances are you’ve heard Liverpool are doing pretty well this season. Might be worth remembering, though, that Jurgen Klopp’s team (the reigning champions, as if you could forget) have lost once already in this competition, going down to Napoli in September.

Regardless, Diego Simeone is having a tougher time of it with Atletico. The side are currently fourth in La Liga, 13 points behind leaders Real Madrid. They remain tough to beat at the Wanda Metropolitano, though; in the last 12 months they’ve lost precisely one game at home, when Barca beat them in December (incidentally, only a month later they beat Barca in the Super Cup).

In the Champions League Atletico have already held Juventus to a 2-2 draw in September, and on home turf they remain a tough nut to crack.

It’s true that in the Prem, Liverpool’s ability to prevent the opposition from scoring has been outstanding – from their last 11 games, they’ve let in just one goal!

Yet Liverpool are leakier in the Champions League, with goals conceded against every side they’ve faced – including Genk, home and away. They’ve been far from infallible up until this point, and Atletico may be canny enough to get something from this game. You could back the draw – but I think Atletico could surprise a few people and actually win this one…

Dortmund are four points behind Bundesliga leaders Bayern Munich, but they’ve lost two of their last three games in all competitions. They haven’t been defeated at home all season, however; for a bit of historical context, their last two encounters with Paris Saint-Germain came in 2010 in the Europa League, with both games ending in deadlock.

PSG are unbeaten in the Champions League so far this season, with Real Madrid the only team even to score against them, the Spanish club earning a 2-2 draw at the Bernabeu. Even though the French club have a reputation for collapsing in the CL – see Man Utd last season, and Barcelona in 2017 – I think they’re good enough to see off Dortmund.

At this stage a year ago, Spurs won this fixture 1-0; two years before that, Monaco won 3-2 at Dortmund’s Westfalenstadion. There will likely be goals again this week; after all, in PSG’s last three games in all competitions, they’ve scored 14 times.

Back PSG to win and over 3.5 goals in the Total Goals market at a combined 7/2.

Currently fourth in Serie A behind Juventus, Lazio and Inter, Atalanta are having a superb season; the lesser known Italian side’s wage bill isn’t even enough to put them in the top 10 of Serie A big spenders.

The club represent a small Italian town of just over 100,000 people, and it’s fair to say they’ve been punching well above their weight under manager Gian Piero Gasperini, a poor start to their Champions League not withstanding. After losing their first three games in the CL (ever!), they qualified for the round of 16 with battling displays over Man City, Dinamo Zagreb and Shakhtar Donetsk.

In their current Serie A campaign, the club have enjoyed eye-catching wins over the likes of Torino (7 nil on the road!), Parma and AC Milan (beating both sides 5-0 at home). They warmed up for this game with a 2-1 win over Roma, and can get a result against a Valencia side that have only won one of their last five games in all comps.

Spurs have somehow embarked upon a seven-match unbeaten run without really looking convincing. They claimed a last gasp winner against Aston Villa at the weekend, but en route to that victory they also faced 18 shots on target from the struggling Midlands club.

Still, despite the ongoing absence of Harry Kane, Tottenham have won three league games on the bounce and are just a point behind Chelsea, who are fourth in the Prem. Maybe the North London club are proving the old adage that it’s better to be lucky than good.

Either way, Spurs’ freewheeling helter-skelter approach, even with a side order of good fortune, means victory for the home side is hardly guaranteed. With that in mind, perhaps it’s worth taking a chance on Leipzig’s Timo Werner to rediscover his shooting boots.

Quiet in his most recent outings, Werner has nonetheless racked up 25 goals in all comps so far this campaign, three of them in away fixtures in the Champions League. Whatever Jose Mourinho’s previous commitment to the staunchest of defences, his side have conceded against Southampton, Villa, Norwich and Middlesbrough since the start of January.

Spurs are vulnerable – and with plenty of Premier League interest in the Bundesliga striker, perhaps Werner will be able to take centre stage here.

Premier League betting preview: All the weekend’s action
Bit of a lean spell – five strikers who struggled to score