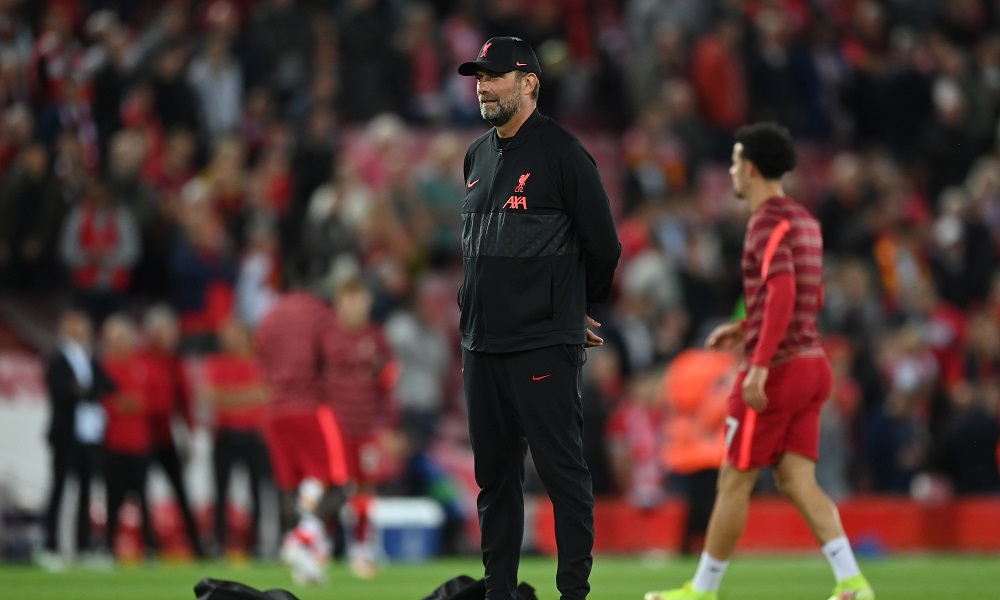 Jurgen Klopp was rocked back on his heels at the weekend as Brighton had the temerity to hold his Liverpool side to a draw at Anfield.

Liverpool have won their three Champions League matches so far in this campaign, but they’ve also conceded goals against all the opponents they’ve faced. Atletico even fought back from 2-0 down early on, before a Salah penalty settled the match.

But the outcome might have been different if the hosts hadn’t seen Antoine Griezmann sent off early in the second half. Will Diego Simeone’s men earn a measure of revenge on Wednesday?

Atleti will be without Griezmann, who scored twice against the Merseyside team – but will former Liverpool man Luis Suarez step up in the Frenchman’s absence? It’s true Suarez has not been prolific in the Champions League, but he did score against AC Milan back in September, and may be the visitor’s likeliest outlet for goals on Wednesday, Suarez is 47/20 to score at any time at Anfield.

It may be worth remembering that Atletico did win 3-2 when they played Liverpool back in March 2020, just before the pandemic sparked lockdown in the UK. Adding to a sense that Liverpool could be vulnerable, the hosts have conceded in four of their last five home games in all competitions. Both Teams To Score is available at 7/10.

More positively for Liverpool, Mo Salah scored twice against Atletico last month. The Egyptian couldn’t find the net against Brighton but did score in ten consecutive matches prior to that, and is 19/20 to score at any time here.

This looks a bit of a mismatch. Even if City have failed to score in two consecutive games they will surely rediscover their poise against a side they beat 5-1 a couple of weeks ago.

In fairness, Brugge did beat RB Leipzig, as well as holding Paris Saint-Germain to a draw earlier in the campaign. At the Etihad though, a City side that have had a couple of setbacks in the last week will surely finish as winners here.

There’s not much joy to be had in backing the straightforward City win, but with Guardiola’s team scoring five times against Brugge and six times past Leipzig, banking on goals seems like a sound approach.

You can get 19/20 if you back over 3.5 goals, but for a better potential return, consider the Exact Winning Margin markets in the Full Time section. City to win by three or more is a 17/5 shot, and City to win by four is 5/1; a small flutter on both outcomes could be worth a look.

Champions League preview: Malmo vs Chelsea, Atalanta vs Man Utd
Ronaldo to the rescue(?) as erratic Ole era lumbers on