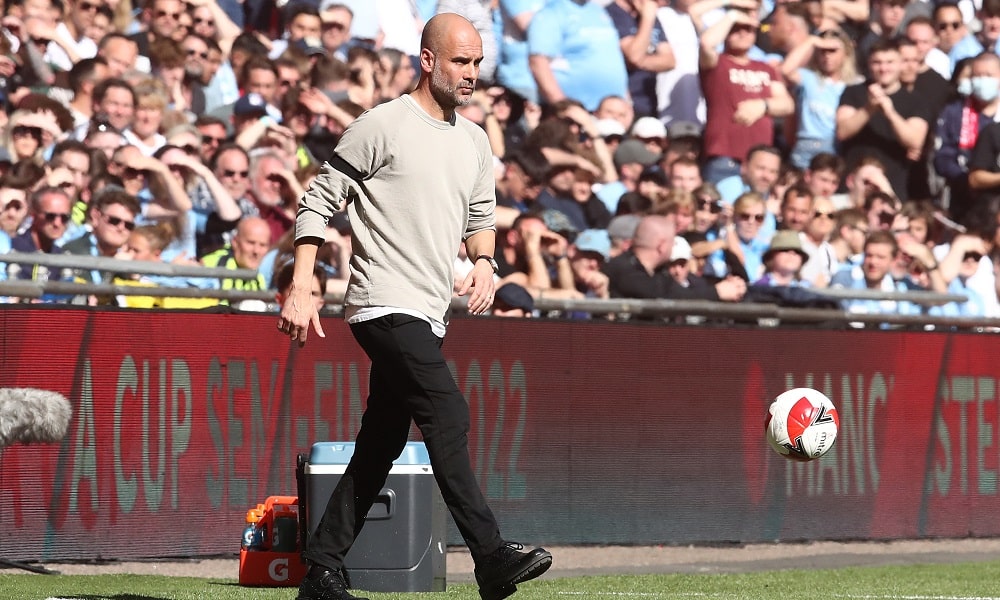 Man City are understandably heavy favourites to win this Champions League semi-final first leg. But with Real Madrid’s illustrious record in this competition, could Carlo Ancelotti’s team pull off a surprise at the Etihad on Tuesday?

The Citizens cantered to a 5-1 win over Watford at the weekend, Gabriel Jesus scoring four past the outclassed Hornets. Real will presumably prove more difficult to break down.

Man City vs Real Madrid: Can Ancelotti inspire another away win?

Pep Guardiola might occasionally contribute to his own downfall, his determination to outfox his opposition with an unorthodox formation or gameplan sometimes misfiring.

But City have beaten even the most determined of defensive blocks already this season, eventually seeing off Real’s neighbours Atletico in the quarter-finals. Simeone’s approach saw Atletico fail to have a shot for the entire game.

Real will surely adopt a less conservative gameplan than that – though it’s worth remembering they employed a similarly cagey approach against Paris Saint-Germain in the round of 16. On that occasion, they almost came away with a draw before an Mbappe goal gave the French side a slender lead going into the second leg.

Real may try the defensive approach again – but the Spanish giants did concede three goals to Chelsea at the Bernabeu a couple of weeks ago. In fact, Real have failed to keep a clean sheet in four of their last matches in all competitions.

Benzema to strike for the visitors

And Pep’s side usually find a way. These two teams met a couple of years back, with City winning both encounters. In this campaign, City are yet to concede a goal in any of their four previous knockout games.

So will that defensive excellence continue against Real – or can Ancelotti’s side make their mark in Manchester? If the visitors have weaknesses at the back, they certainly carry a threat up front. A Karim Benzema hat-trick saw the visitors beat Chelsea at Stamford Bridge in the previous round. The French forward will undoubtedly be Real’s biggest threat once more here.

The Real Madrid striker’s goal tally is 15 in his last 11 games in all comps. He has 12 goals in the Champions League this season too – seven in his last three CL games!

Benzema is 49/20 to score at any time – while City are 7/1 to win 2-1, as they did last time these two sides faced each other. It’s not a stretch to see this one finishing the same way.

Continue Reading
You may also like...
Related Topics:featured, Man City vs Real Madrid