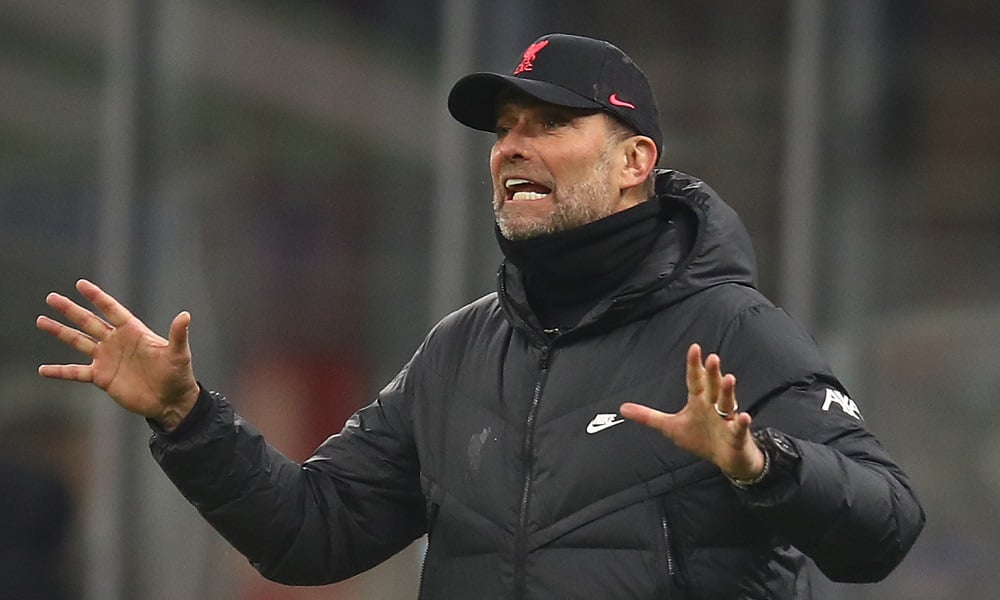 Four Premier League games on Sunday, but the Merseyside derby is pick of the bunch. Liverpool are fighting for glory – Everton for survival.

The south coast rivals meet with Brighton in slightly better form – though despite good results against Spurs and Arsenal, the Seagulls haven’t won at home since Boxing Day.

The Saints have mustered a single win since early March – and like Brighton, their last away victory came against Tottenham. Who the hell can work these sides out? Not me.

Let’s sidestep the result, and focus on what we know – which is that of Brighton’s 16 home games this season so far, 13 have seen two or fewer goals scored. Backing under 2.5 goals at 10/13 isn’t the most thrilling bet, but it’s got a fair chance of coming off.

Burnley have taken four points from six available since Sean Dyche was dumped – who knew it was the gravel-voiced, worm-eating guvnor of Turf Moor who was holding back the Clarets?

Bruno Lage’s Wolves have lost three of their last four league games on the road. And Burnley are unbeaten in their last six meetings with the Old Gold, too.

The hosts need the win – but they might have to settle for a point against a Wolves side that should at least be well rested, having not played since the 8th of April. The draw is a 21/10 shot.

Chelsea have beaten Real Madrid at the Bernabeu and whooped Southampton 6-0 already this month – yet they’ve also lost three of their last four matches at Stamford Bridge, with both Brentford and most recently Arsenal scoring four goals in West London.

Should West Ham fancy their chances? You’re damn right. There’s a danger Chelsea can come roaring back, of course. But on current evidence, the side are struggling on home turf.

West Ham’s most recent results might not be exceptional, but they’ve already beaten this Chelsea team once this season. David Moyes has every reason to at least chance his arm against opposition that have suddenly exhibited plenty of vulnerabilities. Back West Ham to win at 27/5.

There is surely no way Everton are getting out of this one unscathed. Liverpool beat Everton 4-1 at Goodison Park back in December, and Klopp’s dynamic side have dropped just four points so far in 2022.

Meanwhile, Everton are fighting for their Premier League life. Their will to survive might see them spared relegation, but it will surely not be enough to prevent them getting turned over at Anfield on Sunday.

At a bare minimum, Everton obviously need to try and make it difficult for their opponents. But are they capable of doing that?  They’ve lost each of their last six league games on the road, with flamboyant, goal-crazed Burnley smashing three past them in Everton’s last away game.

At least maybe this time a wiser Frank Lampard will opt against lecturing Jurgen Klopp about touchline decorum, as he did during his short-lived stint as Chelsea manager. No markets on that; however, in nine of Liverpool’s last 11 home games, the Merseyside team have kept a clean sheet. Liverpool to win to nil is 19/20 in the match events section.

Continue Reading
You may also like...
Related Topics:featured, Liverpool vs Everton