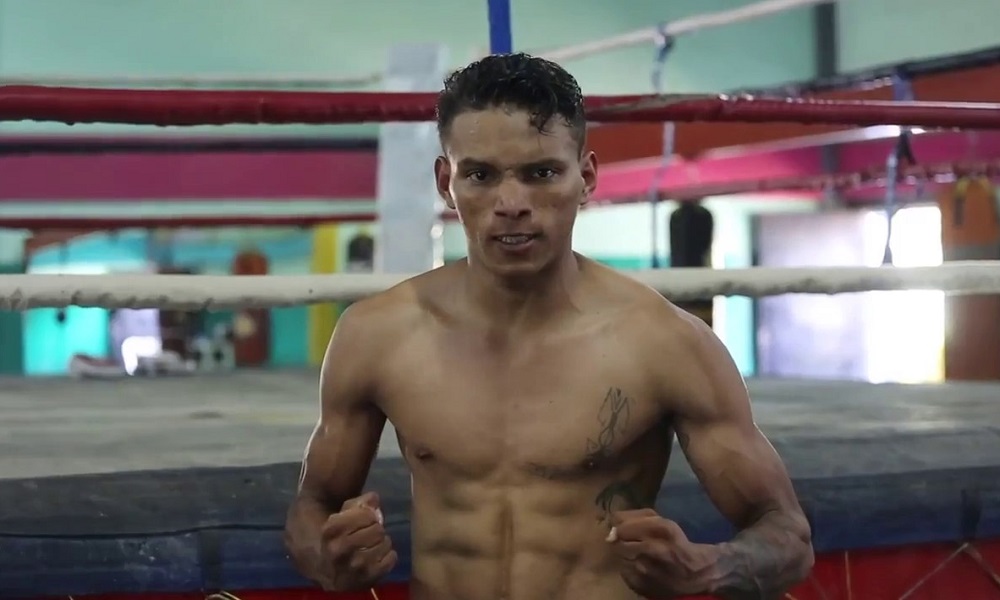 Cristofer Rosales exclusive: I will chase like a lion to its prey

WBC flyweight champion, Cristofer Rosales, has spent plenty of time on the football pitches of Managua but whilst he has daydreamed for hours about making a name for himself in European football, the Nicaraguan probably never imagined for one moment that he would one day end up fighting in a Northern Irish stadium.

Boxing is a sport which constantly throws up unusual circumstances, however, and that is the exact scenario Rosales will face when he leaves his dressing room and walks out into a white hot Windsor Park to defend his title against 32Red ambassador and local hero, Paddy Barnes, on Saturday night. Find all the latest boxing odds here.

“I like football and I also play it. The World Cup was very exciting but as a fan, I like F.C Barcelona and Messi is my favourite player,” Rosales (27-3, 18 KO’s) told 32Red. “I feel excited. I like big challenges and it gives me more energy to give everything and prove that I am a good boxer and to make sure that my name is heard all over the world.

“I like that people see me fight. If things are not in my favour – as it is normal when you go to the country of the opposition – it does not matter. Because of my boxing skill, I end up winning and that’s when I get excited. I like to change the roles and the people that boo at the beginning will applaud me at the end. I like to win the hearts of the fans and always I respect them very much.”

The small Central American country punches way above its weight in terms of boxing history and it has produced two of the finest boxers to ever lace up the gloves. Alexis Arguello and Roman ‘Chocolatito’ Gonzalez are legendary figures in the boxing world but they are revered in their homeland. It will be near impossible to replace either man in the hearts of the Nicaraguan people and, at the moment, Rosales is simply happy to give his countrymen something to take their minds of the unrest they face on a daily basis and a reason to be proud.

“My country is currently going through a moment of political crisis but I noticed a difference in people’s treatment towards me. People recognise me and greet me in places where I spend time. That makes me happy because I feel that my hard work has paid off.

“Well, I really want to do what I do for myself and not overshadow [the people I class as my] family. I respect Roman as a boxer but I want to make my story shine with my own light. ‘Chocolatito’ is an icon in Nicaragua and no one will replace him, just as no one will remove the great Alexis Arguello.”

This will be Rosales’ third trip to the the United Kingdom. Back in 2015, current IBF super flyweight champion, Kal Yafai, outpointed a still green Rosales over eight rounds whilst two years later, Andrew Selby had to pick himself up off the floor to earn a decision over the 23-year-old. Since those defeats, Rosales has driven himself on to another level. His title-winning stoppage of Japanese sensation, Daigo Higa, was one of the upsets of the year and has caused his confidence to surge. Barnes will be facing a much more self-assured and accomplished fighter than Yafai or Selby did.

“I haven’t had much time to enjoy England much since I have only fought and then returned to my country, but what little I have seen I have liked and I have been treated very well.

“The Rosales of those two fights was an aspirant. Now, my boxing and confidence has grown. I will never underestimate anyone. I respect all my rivals but I carry what is mine into the ring and I will defend it with everything.

“For the fight with Higa, I prepared myself 200% both mentally and physically from the moment they announced the fight. I gave myself completely and as we studied him. That helped me a lot.”

Rosales will need to be full prepared once again this weekend. Barnes has the top level amateur pedigree to pose plenty of problems with his boxing ability but he will also be pushed on by the intensity achieving a lifelong ambition in front of his friends and family. Rosales and his trainer, Roger Gonzalez, are prepared for any eventuality and although he will be thousands of miles from home, his own family will be at the forefront of his thoughts.

“My hobby is my family. I think that they are the ones who push me to fight especially my mom, my two brothers and now my son, who is due soon.

“All of my trust is placed in God and my team because we do everything we can to get where we want and because every time I fight with people of a high level, my trust in them grows. I like to accept big challenges.

“I heard Barnes’ name once before, when he fought with a common rival, Eliecer Quezada. I have only seen it on that occasion. I hope [he says the] the same thing that I said against Higa, that he wants to be a champion like me. But I am not Daigo and if I am given the chance, I will give him a knockout.

“We carry a complete plan and, if they run, I will chase them like a lion to its prey.”