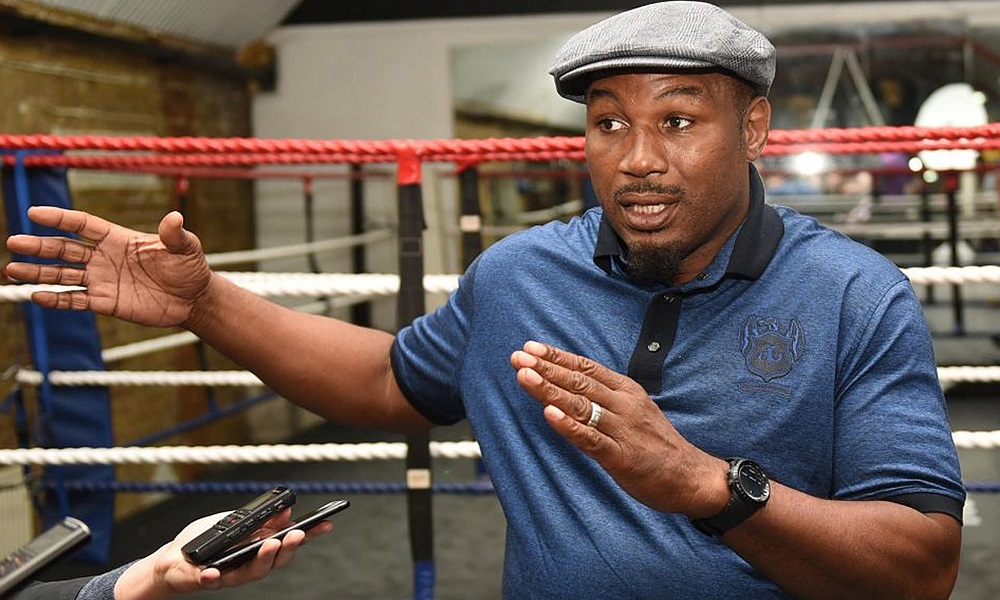 These days, Lennox Lewis confines his battles to the chess board.

“Queen gambit,” the happily retired former undisputed heavyweight champion answered when 32Red asked him which strategy he uses when he is feeling aggressive.

Whether the decision to adopt an aggressive approach is the result of extreme confidence in the eventual outcome, or whether the tactic is a Hail Mary attempt when there is nothing left to lose, the key is to be hostile without being reckless. Tyson Fury’s decision to pursue a fight with WBC heavyweight champion, Deontay Wilder, so early into his comeback is certainly aggressive but it could also easily be classed as reckless.

In an ideal world, Fury would be given time to get his pieces in line whilst Wilder and Anthony Joshua settle their differences and decide which one of them follows Lewis into the history books as an undisputed heavyweight king. Those two classic heavyweight roadblocks – money and ego – have created an unexpected opening for Fury and Lewis applauds the 29-year-old for being willing to jump straight in.

“I actually think that what Fury said and what he wants to do is exactly the right move. When he said that he wanted to fight Wilder, I thought, ‘Yeah. He’s standing up for Britain.’” Lewis said.

“Right now, Wilder is saying that Anthony Joshua doesn’t want to fight him and that, right now, his manager isn’t negotiating, and the fact that Tyson Fury stood up, well, you have to give him nuff respect. He’s talking the talk you want to hear.

“It isn’t about how I look at it, it’s how it’s looked at [by everybody else]. It’s plain and in everybody’s faces what’s happening. Tyson Fury stood up real quick and said he would fight Wilder. That’s what we want to hear from Joshua’s side but he’s not saying that right now.”

Lewis is currently promoting ‘Undisputed : An Evening with Lennox Lewis’ at the O2 Indigo. On September 6th, Lewis will sit down with rival-turned-friend, Vitali Klitschko, and a whole host of other figures who played a part in his legendary 15 year professional career. Fans who followed Lewis at a time when internet coverage was in its infancy and before 24/7 rolling news channels were standard will finally be able to get the behind the scenes information they have previously only been able to wonder about and some previously unseen footage will help to tell the real story behind some of the biggest heavyweight fights of the modern era.

“We’re gonna take people back to a time when heavyweight boxing was great. I’m not saying it isn’t great now but we want to take them back to when it was really exciting. The public will get the chance to ask the burning questions they’ve always wanted to and find out things they’ve always wanted to know. Thy can hear stories about different fights and how I dealt with them and how I felt about them.

“We’ll have some of my friends there and some of the people I’ve boxed before and it’ll be a good time. Vitali says he’s going to come and there will be a few more special guests.

“I think it’s the ideal time for something like this because the heavyweight division is interesting again. A lot of people want to ask me about what really happened in New York with Hasim Rahman. There were lots of situations where the people didn’t really get a true understanding of the ‘politricks’ around it and what really occurred. Now is the time to really voice it out and let the people know what really happened and how we dealt with it.”

‘Politricks’ is the word Lewis coined to describe the obstacles that delay the very simple matter of two men having a fight. For a private man, Lewis was involved in some heated public disputes with his rivals. Riddick Bowe chose to drop the WBC title belt in a bin rather than face him and his fights with Evander Holyfield and Mike Tyson only came about after some tortuous negotiations. Throughout court battles, heated ringside confrontations and television studio squabbles, Lewis’ desire to chase the most high profile fights and establish a lasting legacy was the common denominator. Modern life dictates that sticking points will inevitably leak out into the public domain but Lewis maintains that any difficulties can be worked out if both fighters truly want them to be.

“Obviously, to a certain extent, contracts should be private. You can’t go around telling the public all the true facts of contract negotiations but all I know is that when I was the heavyweight champion of the world – like when I wanted to fight Mike Tyson – if I wanted a fight I would tell Frank [now Kellie] Maloney that we needed to make the fight and he went out and got the fight for me. Any fight can be got. It’s just down to negotiations.”

Before negotiations with Wilder can enter their final – and most fraught – stage, Fury must first get past Italian Francesco Pianetta this weekend. Find all the latest boxing odds here.  Pianetta is a step up from Fury’s comeback opponent – Sefer Seferi – but if ‘The Gypsy King’ is to claw his way back from the depths he has plumbed over the past two years and reclaim the titles he never lost in the ring, he should dispose of the Italian without too much fuss.

If Fury can return to the top table of the sport after his trials and tribulations, he would not only complete one of the heavyweight division’s greatest ever comebacks but also give an already interesting division a further shot in the arm.

“[As a comeback] I would rank it very high. I would rank it as something that is difficult for any normal man to do. The fact that he could do that and also seeing all of the other problems that he came through, to be able to come back from that shows the real heart of a champion,” Lewis said.

“I believe that right now we have three or four heavyweights out there but every era should have a king. Right now, we have three kings. Obviously that’s good for me because it leaves me as the one king out there. Hopefully these guys will get their show together and we’ll get some good fights in the coming years.”

Tickets for ‘Undisputed: An Evening With Lennox Lewis’ can be purchased here.