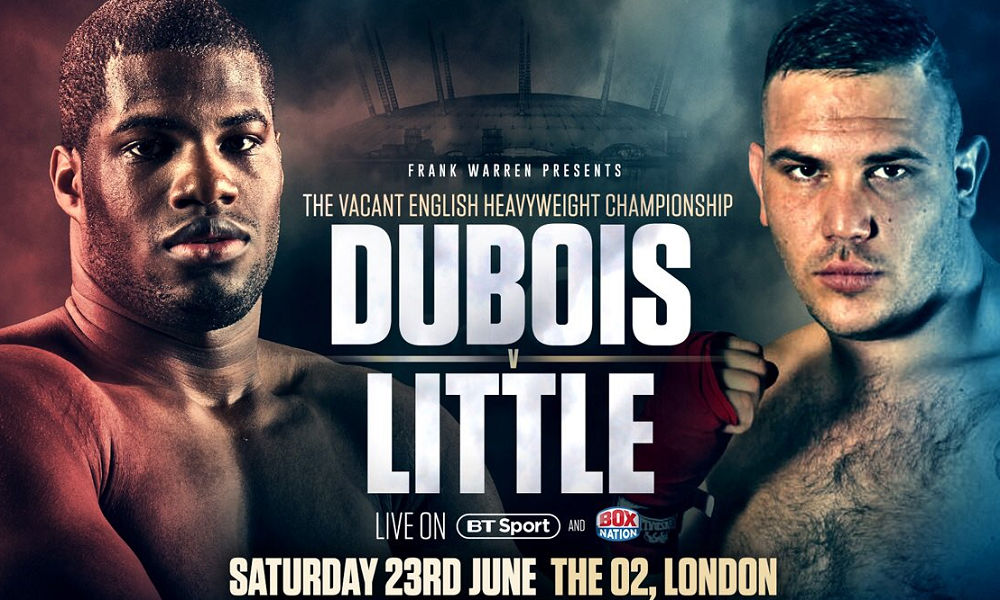 Nowadays, the pressure for boxers to look the right way, do the right things and utter the right sound bites is overwhelming. Along with the daily grind of training, staying in shape, and making weight, today’s fighters are expected to keep the public entertained with a constant stream of gym selfies and call outs. Life is a never-ending Instagram story.

Daniel Dubois (7-0, 7KO’s) is the type of fighter for whom actions speak louder than words. The 20-year-old looks every inch a future heavyweight star and – so far – he has done everything asked of him by disposing of seven opponents in a row with the minimum of fuss.

Dubois prefers it that way but these days people want more. He apparently texted his way through a media training day recently but to have him read from a pre-prepared script would be a shame. By letting his fists do the talking, the Londoner is developing into a unique and menacing figure. So, Daniel. About those media training sessions.

“Ah, the media training,” he laughed when he spoke to 32Red. “A waste of time to be honest but whatever they come up with I’m obliged to do it so I just get on with it. I think the way I am reflects my fighting style and I just think that the further I go in this sport and the more fights I keep winning then the more confident I’ll become.

“People aren’t robots. People are people. Everybody expresses themselves in whatever way they were made. That’s how I feel about it. Everything should be simple.”

Dubois’ work ethic and no-nonsense attitude have ensured that his trainer, Martin Bowers, has had a relatively straightforward job in guiding him this far. Bowers has absolutely no doubts about his young stars temperament and is delighted with his rate of progress.

“I think Daniel’s been handled very well by Frank [Warren, his promoter],” Bowers said. “I think we’ve had progressive fights – despite what anybody else may say – and that Daniel is learning his craft and putting the work in in the gym.

“He’s a bit of a breath of fresh air at the moment in my opinion. he isn’t getting drawn in to things and he isn’t doing all the twitter stuff. We don’t do that kind of thing here. None of our fighters do.

“When we reach the changing rooms, he just changes. He goes from a young boy to a man. He’s only 20 but once we’re in the changing room you don’t need any whistles or gongs. He knows that this is what we’ve come to do. We have to get it done and move on.”

Dubois’ actions will have to speak louder than ever this Saturday night when he fights Tom Little (10-5, 3KO’s) for the vacant English heavyweight title. Find the latest boxing betting here.  Little campaigned loudly for the chance to test Dubois’ credentials, vowing to ‘stop the hype machine in its tracks.’

DL Jones tried to maul his way to safety before Dubois figured out the way to break him down and Saturday night will provide him with another invaluable piece of the jigsaw as ‘Dynamite’ faces somebody who truly believes they can beat him and isn’t shy about stating it.

“I’ve faced this many times before both as an amateur and as a professional. Look at Blaise Mendou in my second fight. He didn’t come to lay down and I’ll be fully prepared again.

“I think once he feels my power and my style then he’ll probably start running. I know exactly what I’m going to do but I’m not sure how he’s going to react to things. I’m looking forward to it though. I love it when people open up and come to fight. It suits me perfectly.

“Fights like my last one definitely help. It was a new experience. I had to adapt and come again. I know if I fought [Dave] Jones again I’d definitely stop him sooner but I listened, I learned, and I’ll be better. I need experience to go far in the game. I need to cover every aspect of the game and that’s what I’m doing.

“I think I’m good at most things. I cover the whole repertoire of boxing. I think what I need to do is be fit and 100% focused and ready and nobody can stand in my way.”

George Foreman on Fury’s return and his love for horses!
Martin Murray exclusive: I’ve never felt this good so close to a fight