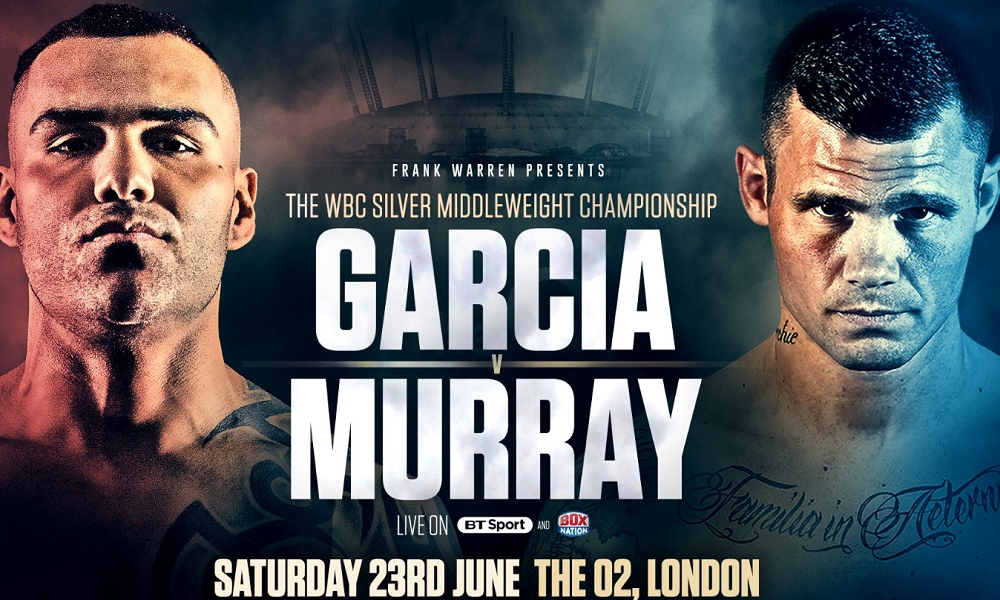 Martin Murray exclusive: I’ve never felt this good so close to a fight

A ringtone, a few seconds of silence, and then a message delivered with the subtlety of a sledgehammer: ‘The fight’s off’. Being in a gym when a trainer receives the dreaded phonecall isn’t much fun for an observer but for the fighter in question it is the worst news possible. The knowledge that weeks of time and effort have been in vain usually brings about an instant ending to a training session and a swift trip home to rant and eat something.

Martin Murray was deep into training in Tenerife when he received the news that his WBO middleweight title fight with Billy Joe Saunders had been cancelled for the second time. He didn’t even have home comforts to turn to.

With little choice left but to plough on, his industry has been rewarded. On Saturday night at the O2 Arena, Murray (36-4-1, 17 KO’s) faces Roberto Garcia (41-3, 24 KO’s) for the WBC Silver middleweight belt. Find all our latest boxing odds here. It may not be the world title he desperately wants but it is the next best thing.

“My trainer Jamie Moore told me the news both times,” Murray told 32Red. “The first time he got back from Tenerife and I had a missed call. I called him back and asked if he was alright and he just said: ‘No. Saunders has pulled out.’

I was gutted but I kind of expected it. It didn’t surprise me that much. The second time, I went to the airport and picked him up in Tenerife and we had the same conversation. We were both gutted. Properly this time though because we both expected the fight to go ahead second time. It was a bad trip from the start. My case didn’t arrive. Those fellas on the markets made a fortune off me.

“Everything happens for a reason and I’m here now and I’m grateful. I got home and everybody was asking me if I was gutted. I was but my family is happy and that’s the most important thing for me. I’m looking forward to this next challenge and I’m still there or thereabouts. I’m a survivor I’ll give you that.”

Murray has been envisioning the end of his career for some time now but although there is pent up anger at the disrespect he feels Saunders has shown him, the thought of one last attempt at a big prize has wormed its way into Murray’s mind. Despite the disappointment of having to jump through one more hoop before he gets what will surely be his final opportunity, there is more enthusiasm and bullishness in the 35-year-old’s voice than for some time.

“Garcia’s been calling me out on twitter saying that he’s come over. After the training camp I’ve put in, the last thing I wanted was a f***ing meaningless fight,” he said. “Fair enough, he’s the WBC silver champion and he’s highly rated. I’m just happy that out of all this s**t I’ve got a good meaningful fight that, if I win, will put me in a good position rather than me fighting a nobody. There’s a means to an end with this fight.

“At first I was thinking I’m not gonna fight because the show will be cancelled. Then I thought that although the show is on I’m just gonna get somebody to walk over. Then they came back with Garcia.

“To be on the floor and to be picked up and see a light at the end of the tunnel has got me buzzing. The fact that he’s so hungry and he’s mouthing off a little bit has given me that fire in my belly. There’s obviously the frustration of Saunders as well. I don’t think I’ve ever felt this good making middleweight so close to a fight.”

Although his trash talk doesn’t approach Saunders’ level, Garcia (41-3, 24KO’s) wasn’t shy about throwing his name into the mix to fight Murray, informing the four-time world title challenger from St Helens that unless he accepted his offer to fight, he is “just Billy Joe with different excuses.” Murray is long enough in the tooth to understand that Garcia has seen an opportunity to swoop in and build his own name off the back of Murray’s disappointment.

“I think so. He’s been around a while and he’s coming off what you could call a good win but he’s looking at me as if I’m past it and I’ll be over-trained after back-to-back training camps. He’s fit, he’s ready and he’s willing to come over to crash the party. There’s absolutely no way he’s coming over here and beating me on my own f**king patch. It’s just not happening.”

Training becomes a chore for most fighters but the upbeat atmosphere at Jamie Moore’s VIP Gym in Astley and a couple of productive warm weather stints in Tenerife seem to have reignited Murray. Garcia will provide a much more predictable set of problems than southpaw Saunders but Murray is experienced enough to know exactly how to alter his training to deal with such a late notice change of style.

“I stayed in the gym because I just had a feeling something good might come. I did little bits of strength and conditioning and was in the gym once a week. I was flying before and thought that if I kept going like that, I’d burn out. I took my foot off the gas and I’m in the perfect position for this.

“I’m still top of the bill. I’d fight in a back garden though to be honest. I’m just happy to be getting a fight and putting this good training to use.

“I had my first orthodox spar two weeks out but I’m old school. I don’t need to spar much. I’ll get a few rounds in the week before, get my weight down and I’ll be good to go.

“I can see what can happen after I win. It puts me in a great position.”