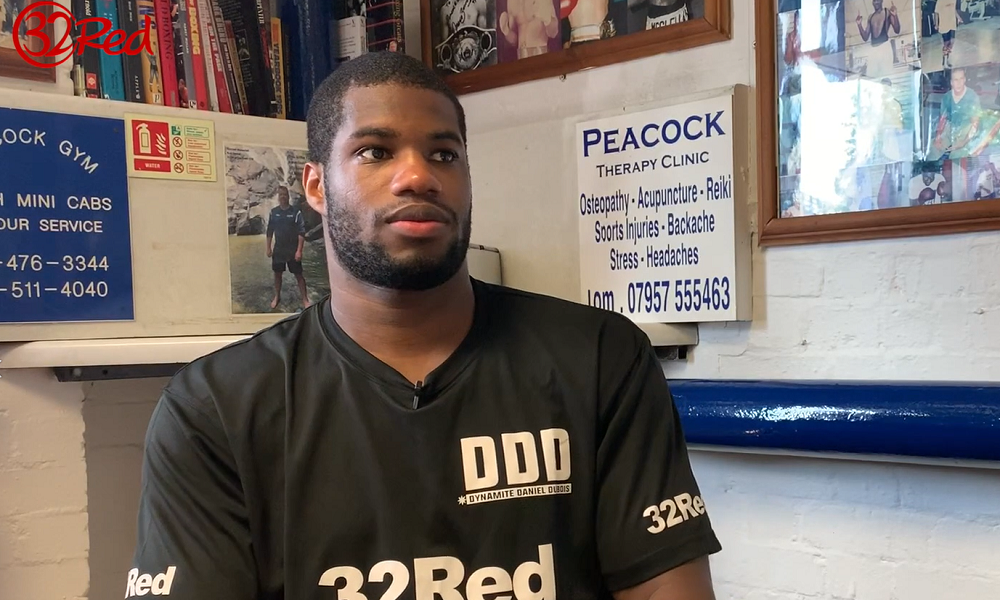 The titles keep rolling in for 32Red ambassador, Daniel Dubois.

Since turning professional in 2017, Dubois has claimed six professional titles and earlier this month, the 22 year old was voted the winner of the prestigious Boxing Writers’ Best Young Boxer of the Year award. The list of previous winners reads like a who’s who of British boxing and Dubois’ name now sits proudly alongside the likes of Frank Bruno, Nigel Benn, Naseem Hamed, and Joe Calzaghe.

For Dubois – who has knocked out 11 of his 12 opponents – focus now switches back to winning titles in the ring and his quest to claim ‘All of the Belts’ continues this weekend at the famed Royal Albert Hall in London.

On Friday night, Dubois will meet unbeaten Ghanaian danger man Ebenezer Tetteh for the vacant Commonwealth heavyweight title and after his stunning victory over British rival Nathan Gorman rubber stamped his status as the most exciting prospect on the world heavyweight scene, the eyes of the boxing world will be focused on Dubois’ latest move.

The famous Peacock Gym is a place where actions speak louder than words and where praise and glory are earned through sheer hard work and perseverance. The business like approach creates the kind of atmosphere that a no nonsense operator like Dubois thrives in. All traces of hype and ego are checked at the door of the famous East End institution as gym founders Martin and Tony Bowers go about the serious business of creating fighters.

32Red spent the day with Dubois and found out just how much of an impact the gym has had on him and how it has shaped him both as a fighter and a person.