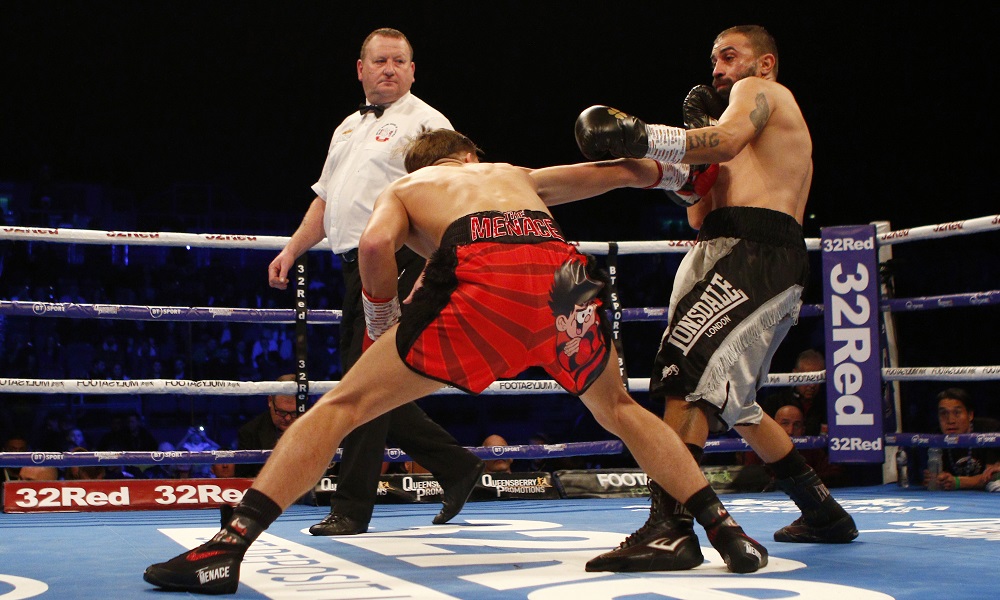 Dennis McCann always has something to talk about. The unbeaten 19-year-old is as busy outside the ring as he is in it. In the couple of days before speaking, ‘The Menace’ had made the four hour drive north for some sparring in Manchester, spent some time looking for a new watch and had taken his dog to the vet for its vaccinations.

“I’ve got a King Charles cavalier, I have,” McCann (6-0, 4 KO’s) told 32Red in his distinctive cheerful tone when told that this writer has recently been through a similar process with a bulldog. “Ah, they’re too big for me. Too big for me they are.”

They won’t be too big for much longer. A fortunate few have been preparing for fights on the unique behind closed doors shows we are currently seeing but plenty of other fighters have been back to the unseen grind, waiting for a phone call and training hard to shed any extra weight they put on whilst the gyms were closed. Not McCann. He has been proudly showing off his new physique.

“I’m filling out now aren’t I?” he laughed. “I’ve gotta get down to bantamweight now though so I’m slimming down. I’ve been doing my Zoom meetings every single day with my strength coach and, to be honest with you, I’ve been training for five and a half months solid for this fight. No joking.”

McCann is still only a teenager but he is beginning to notice the physical benefits of living life as a full-time fighter. The gangly bantam who burst onto the scene with his unusual angles and knockout power is gone. McCann still has that heavy handed, unorthodox style but he has developed into a much more robust, solid figure. 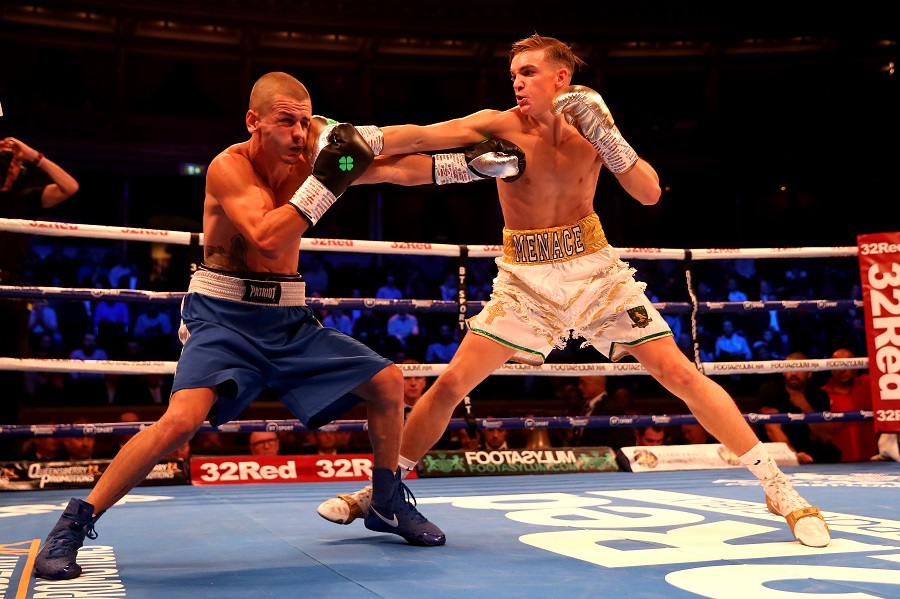 “When I’m getting myself down to bantamweight, I’m forcing my body not to grow. As soon as I let it go a bit, I start to grow again. It’s all muscle too. I’m quite fortunate really. I don’t get fat. As soon as I put weight on it goes to my arms, my legs and my back. That’s a good thing I guess. I’m quite lucky in that way.”

He may only have six professional wins under his belt but almost every domestic fighter campaigning at 118lbs has appeared on McCann’s radar since he bought an end to a trophy laden amateur career. Judging by his appearance, it looks like the nation’s super bantamweight’s will soon need to start looking over their shoulders too.

“Nope. The bantamweights,” he said. “I’m still a bantam, 110%. I want a world title at bantamweight. That’s the plan. The weight is always difficult. All of us fighters have to work hard to make the weight but that’s how it is. I’ll probably weigh in two pounds over the bantamweight limit for this fight. That won’t be too bad.”

McCann’s reputation has grown quickly. According to reports he excels in sparring and – so far – has carried that form into the ring. He has also quickly grown to enjoy the attention he generates. Since boxing returned to our screens last month there have been some highly competitive fights and a couple of eye catching performances but although a number of prospects have grasped the opportunity to display their talents in the unique studio setting, fans are still waiting to see a youngster who really, “……stands out,” McCann quickly cuts in.

“I’ve been sparring absolutely top class. I’ve been looking really good and strong in the gym and I’m as fit as a fiddle. My last spar was yesterday and usually during your last spar when you’re coming down in weight, it ain’t the greatest but I sparred top class again then. I’ve been travelling everywhere to get good sparring. 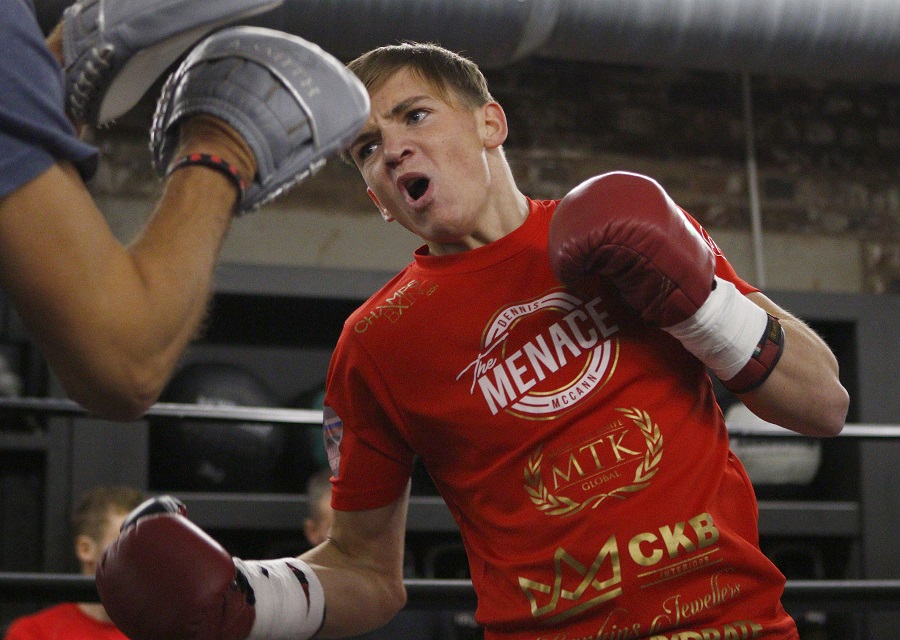 “I don’t really want a journeyman this time. I want to step up a bit. I hope that’s going to happen but it’s a struggle. It’s very hard to stand out against a journeyman who is negative. He won’t give you the opportunity to clip him. We’re all trying our best to get somebody though.”

The search for a quality opponent has given McCann’s team square eyes. This weekend’s date has been in the diary for weeks but they have been glued to their phones and computers, sending out messages and scanning the internet waiting for somebody to express an interest or accept an offer.

“If I’m honest we’ve been right through Boxrec. We’ve tried fighters who’ve had eleven fights and won ten or had twelve fights and won eleven. Experienced fighters who’ve had titles. Anyone with a decent record. We went down the whole list of Boxrec bantamweights and even super bantams – I’ll give them a couple of kilos – and every single one of them turned it down. ‘No, no, no, no. Give me eight weeks. Give me ten weeks.’ I’ve realised how avoided I am.”

“Floyd Mayweather wouldn’t need 8 weeks would he?” McCann joked. There is a brief pause but he can’t help himself.