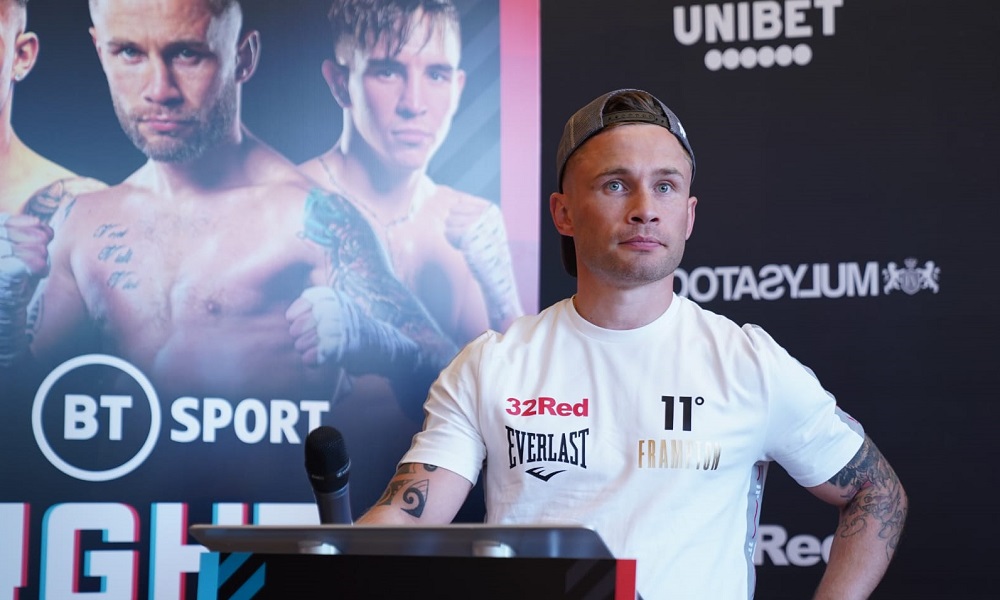 I finally know who I’m going to be fighting this weekend and I actually think I’ve got a better opponent than I originally had. Vahram Vandanyan had a nice 21-1-1 record but if you looked into it and dissected it, there wasn’t really all that much there. It flattered to deceive a bit. Darren Traynor is bigger, taller and has been in with better opponents. For all the latest fight odds, visit our sportsbook.

With Vadanyan having to make his way here from Armenia, MTK covered all bases just in case he came across any issues and have been paying Traynor to train and get ready ‘just in case’ for five weeks. When you look at it, he’s been preparing specifically for me for five weeks. I don’t really like to train during fight week so I’ve had one training session since finding out I’m fighting him.

He’s going to be brave, proud and he’s going to try and utilise his size from the very start. It turns out that this fight has actually ended up becoming my debut as a lightweight. Traynor said that he couldn’t make 130lbs so we’re fighting at 135lbs. I’m not sure I believe him if I’m honest. I think it suits him much more to say that and it gives him another little advantage. All these things even it up a little bit.

Although there was talk that Vardanyan might have problems, it’s so hard to try and prepare for all different fighters, you just have to concentrate on the man you’re supposed to be fighting. The good thing is that although they have different styles, it’s not as if I’ve been training for an orthodox fighter and then suddenly get given a southpaw. Traynor is more of a straight up and down fighter. He throws nice, straight punches, Vardanyan doesn’t throw anything straight. Everything is a hook.

To be honest though, I’ve just been concentrating on myself and working on what wins me fights. I’ve been concentrating on my footwork and my distance control. One thing I will say, if I perform at even 90% of the level I did in my final sparring session last week then that will be more than good enough to win impressively and move on to finally fight Jamel Herring for the WBO super featherweight title. I think that sparring session was my best since I started training with Jamie Moore in Manchester. 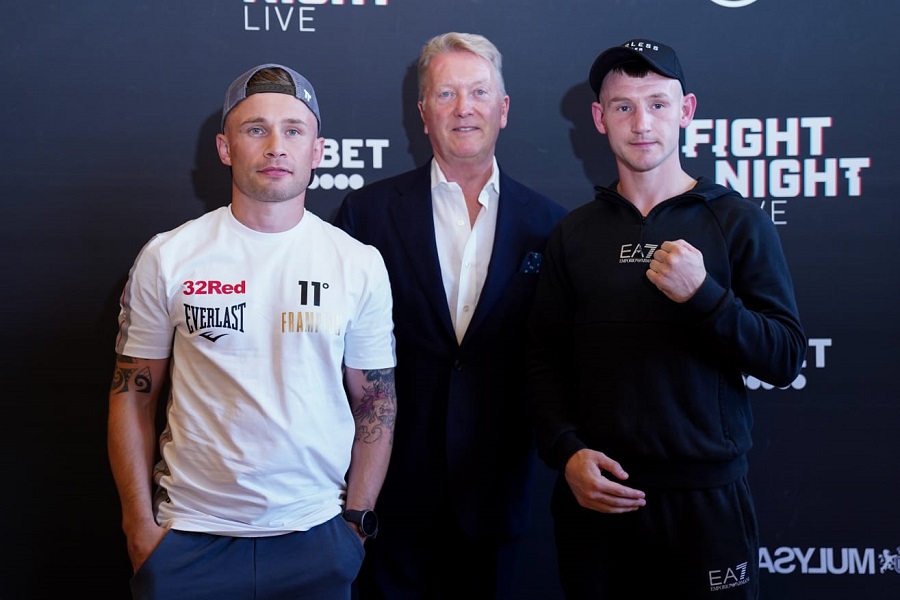 The hands I had operated on after the fight with Tyler McCreary feel fine. The extra time off probably hasn’t done me any harm at all but I’ve got a good, solid water bag at home and I’ve been banging away at that since February. Since I started training again I’ve done plenty of bags and pads and have had no issues. I’m very happy with the hands.

My luck hasn’t been great has it? I’ve had one opponent pull out after he fell in the shower, I had the accident in Philadelphia and now we’ve had the coronavirus affecting the whole world and delaying the title fight with Herring which was supposed to happen back in June. I’m touching wood as I say this but my luck can’t get worse. I’m definitely due a change and my aim is still set on becoming a three-weight world champion.

My old rival Leo Santa Cruz is also up at super featherweight now and is fighting Gervonta Davis. The whole situation with them fighting for belts at 130lbs and 135lbs in the same fight is a bit strange. It’s almost as if it’s been set up so that there is still a title on the line just in case Davis misses the weight.

It’s hard for me to see a way that Leo wins. I watched him fight Miguel Flores on the Deontay Wilder – Luis Ortiz undercard and – I don’t really like saying this – but I’m not sure he’s the fighter he was. He’s had some hard fights and I’d guess he spars hard and he just didn’t look as energetic. His best chance is probably to take Davis into the second half of the fight but as I said, it’s hard for me to see him winning.

If he does manage it and I beat Herring, then imagine settling the trilogy with Leo in another unification fight? I think that one would wet a lot of lips.