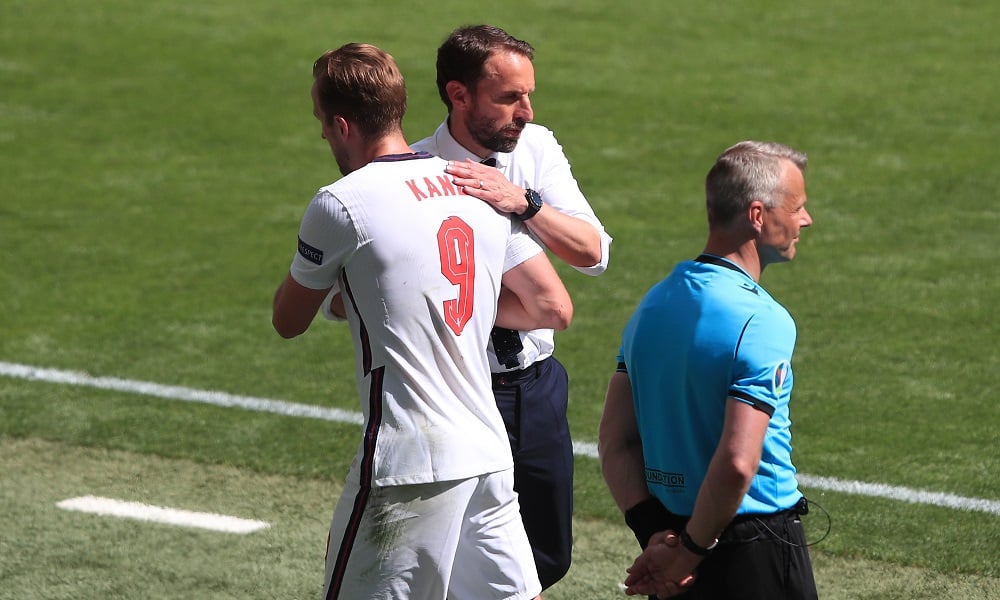 Those who fail to learn from history are doomed to repeat it. If you’re excitedly eyeing Tuesday’s early evening trip to Wembley with the fervent belief that football is coming home, it might be worth recalling that England have never won the Euros.

Our German friends, in contrast, have won the championship three times – most recently in 1996, when the competition was held in England.

I’m not trying to be defeatist, I’m just pointing out that historically, the Germans have a proud legacy of excellence and achievement. England’s greatest achievement of the last 30 years or so, meanwhile, has been inspiring some enduring football-themed songs.

Still, if England have rarely flourished on the biggest stages since 1966, the nation still believes; Gareth Southgate’s side are slight favourites to win this match at 29/20, with the Germans 2/1 to win in 90 minutes, and the draw a 23/10 shot.

On England’s side is the fact that Germany have undoubtedly not been at their best in recent years – going out of the opening round of the last World Cup, losing to North Macedonia(!) in a qualifier this year, losing 6-0 to Spain in the Nations League in November.

But more recently, the side have also showed they can still turn it on, beating Portugal 4-2 in the group stage. To date, the Germans have scored six goals in three games so far; England managed to score just twice during their own group stage.

Three Lions main man Harry Kane’s failure to find the net remains a concern too. There’s no getting around the fact that Gareth Southgate’s team have not been terribly impressive so far. But they have been efficient enough to get the job done; they haven’t conceded a goal yet. And it’s fair to say the team boasts players who are capable of more than they’ve shown so far.

Still, let’s err on the side of caution here. I’ll be delighted to be proven wrong, but this one could be as low scoring as England’s other three matches in this competition have been so far. Under 2.5 goals at 8/11 is worth a look; England to win 1-0 at 13/2 is a possibility, too.

And if you think we’re in for the long haul, check out the Way of qualifying market: England to win on penalties is a 10/1 shot.

Meanwhile, if you’ve studied our glorious footballing past and concluded that Germany actually have a pretty good chance here, you could back Kai Havertz to score; he’s found the net in his last two matches for Germany, and is 10/3 to score at any time on Tuesday.

Sometimes derided for a lack of pizzazz, Sweden showed some swagger in their final group game – a five-goal rollercoaster against Poland.

The introspective Swedes forsook football seemingly borne of an existential crisis to deliver a free-wheeling, life-affirming display that would seize Ingmar Bergman himself with a jolt of delight.

This match may be less Smiles of a Summer Night, more Autumn Sonata however. Ukraine lost two of their three group games, progressing solely thanks to a win against North Macedonia, who still managed to score a goal against them. In their final group game against Austria, Andriy Shevchenko’s side mustered just one shot on target.

There’s a fair chance this game could be low on incident, then, both sides content to keep the other at bay and hopeful of making the most of any mistakes from the opposition. At least Sweden have Alexander Isak to call on. The 21-year-old forward has impressed, but not yet managed to score a goal for Sweden. He is 21/4 to score first at Hampden Park on Tuesday.

This one could go beyond the 90 minutes, though; the draw is a 43/20 shot, which seems a decent option given the potential caginess of this encounter. Between March and May of this year, Ukraine played four matches – and drew each one 1-1. That score line is a 5/1 shot here.