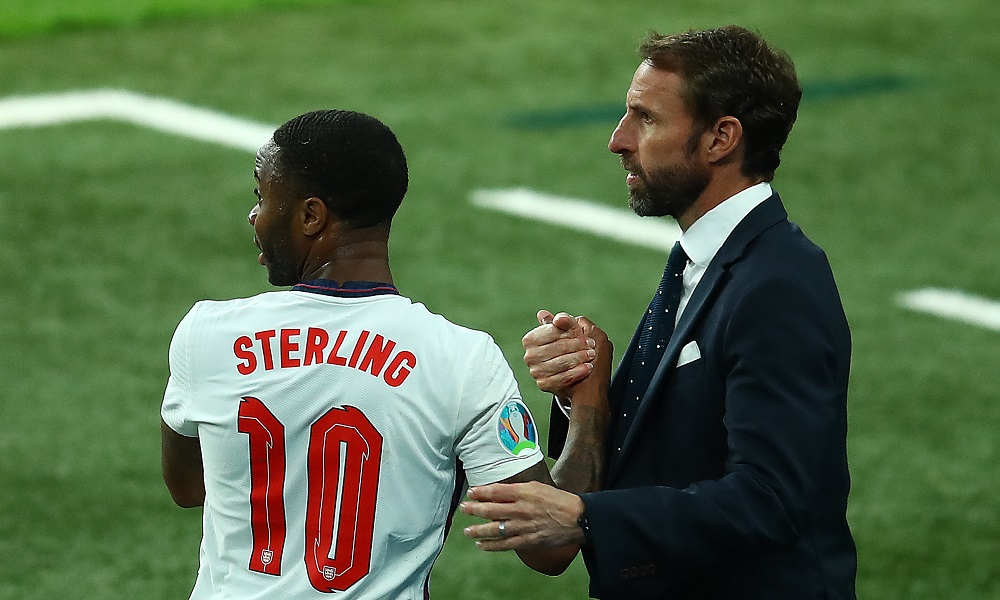 The Danes have scored eight goals across their last two outings – so should the Czechs be gearing up for a gubbing at Baku’s Olympic Stadium on Saturday?

It’s not like the Czechs don’t carry a threat of their own. They knocked the Netherlands out to reach this quarter-final, Matthijs de Ligt’s red card effectively doing for the Dutch.

Tomas Holes and Patrik Schick scored for the Czechs soon after de Ligt’s dismissal, and Schick has four goals in as many games – including that spectacular effort from the half-way line against Scotland.

Could Schick spoil the Danes’ party this weekend? The Czechs have a bit of form, having beaten Denmark 3-0 at this point when the sides met at Euro 2004.

But if Denmark need some positivity of their own, they can look back to 1992 – when they were only included in the Euros at the last minute as replacements for Yugoslavia, and went on to win the whole ball of wax.

Still, the Czechs finished as runners up at the next tournament, in 1996. And maybe the prospect of Jaroslav Silhavy’s side reaching another final isn’t entirely unthinkable – although given that the winners of this game will potentially meet England in the semi-final, let’s hope we’re wrong about that.

What’s certain is that captain Vladimir Darida is expected to be fit to play, after missing out on the previous match against the Netherlands with injury.

For Denmark, striker Yussuf Poulsen could return – though his replacement Kasper Dolberg scored twice against Wales, meaning Danish manager Kasper Hjulmand might be wrestling with a bit of a dilemma over who to start.

For the record, the Danes are clear favs to win in 90 minutes at 27/25, with the Czech Republic 29/10 and the draw a 9/4 shot. It’s understandable that most will fancy the Danes, but the Czechs have shown such determination I’d be tempted to back the draw here.

Otherwise, could Tomas Soucek score for the Czechs on Saturday? The West Ham man delivered 10 goals for his club last season, and seemed to have a knack of popping up when the Irons most needed it. He’s 23/4 to find the net at any time against Denmark.

In beating the Germans at Wembley, England have faced down one of their perennial arch-nemeses and come out on top. It doesn’t happen that often, and it’s no surprise that the Three Lions are now well fancied to finish as victors at Rome’s Olimpico Stadium when they face Ukraine on Saturday evening.

England have also re-established themselves as 41/20 favourites to win the Euros. Their Ukrainian opposition, conversely, are the biggest price of the sides remaining in the competition; you can get 33/1 on Ukraine winning Euro 2020.

Southgate and his squad will surely be too aware of past failings to let complacency creep in – after all, it was only five years ago that Iceland knocked England out of the Euros.

Things are different this time; England are still yet to concede a goal in the competition, and have won nine of their last eight games. Those stats sound impressive; but the curious thing is, England still haven’t really produced any kind of a blockbuster performance so far.

The game against Germany was one of tight margins; England had four shots on target to Germany’s three, with Thomas Muller spurning a fine opportunity for the Germans. Is there the possibility that Ukraine could catch Harry Kane and co out?

The side have conceded in three of their four games in this Championship, with the Netherlands putting three past them in their opening fixture. But in the likes of Man City’s Zinchenko, Ukraine definitely have players who are capable of giving England something to think about.

Still, the idea that the Three Lions could stumble here after seeing off Germany seems almost perverse. This might not turn out to be the showstopping performance the supporters will be clamouring for – but that won’t matter if the side can progress to the semi-finals.

England have won four of their last six games 1-0, and are 9/2 to win with that score line once again on Saturday. Raheem Sterling is 5/1 to score the opener – pretty decent value, given Sterling has scored in three of his four games in these Euros!