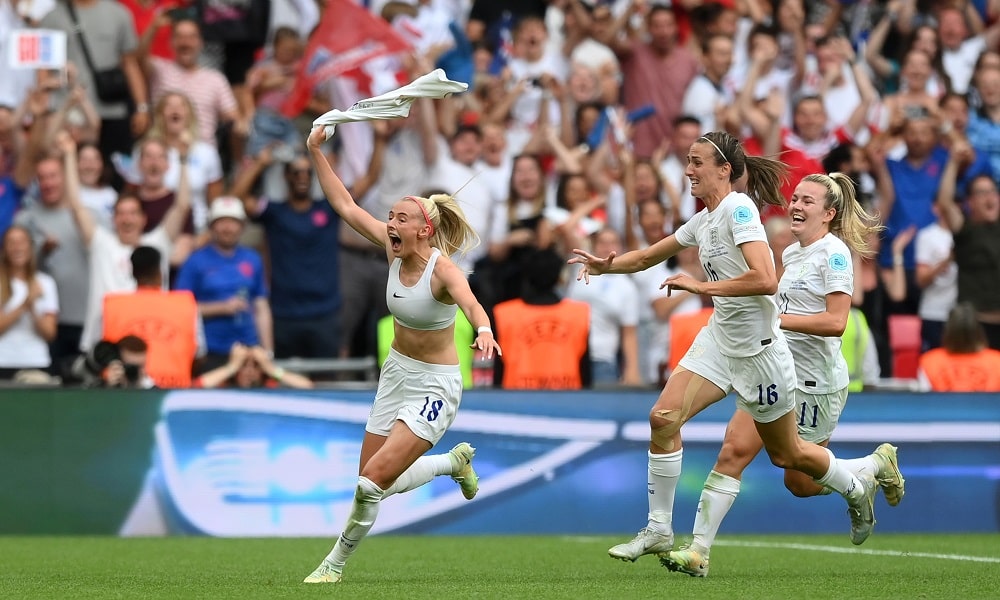 “Eff off you effing p!” With one impromptu moment of frustration at the Euro 2022 final on Sunday, Jill Scott endeared herself to 17.4m viewers in the UK, instantly establishing herself as a sort of postmodern England’s sweetheart, Vera Lynn for the Love Island generation.

Admittedly, it’s probably a little crude to start this celebration of one of English football’s greatest sporting achievements by zeroing in on Scott’s potty-mouthed annoyance.

But it was that or some tired old riff on football having come home. And with even David Baddiel suggesting that song should be retired – implying even one of the architects of that piece of music is heartily sick of it – all we can fall back on is swearing.

Because on a day like no f***ing other in front of a record attendance of 87,192 at Wembley, England beat eight-time champions Germany to win the Euro 2022 final 2-1.

Scott’s moment of frustration came after an iffy challenge from Sydney Lohman. But the 35-year-old was in a rather more chipper mood by the final whistle.

Chloe Kelly slammed home the winner – not a bad time to score your first ever international goal. Before that, Ella Toone had opened the scoring with a fine chip in the second half, before Lina Magull equalised in the 79th minute to take the match to extra time.

Sarina Wiegman made history of her own, the Netherlands coach having won back-to-back Euros finals with this triumph. Wiegman previously guided her home nation to Euros glory in 2017.

The highlights kept coming for the Lionesses, winning their first ever major trophy with this triumph. Over the course of the competition England scored 22 goals and conceded just twice, winning all their games.

Beth Mead was confirmed as the tournament’s Golden Boot winner with six goals; she edged ahead of Germany’s Alex Popp, who had the same number of goals, but couldn’t match Mead’s five assists. 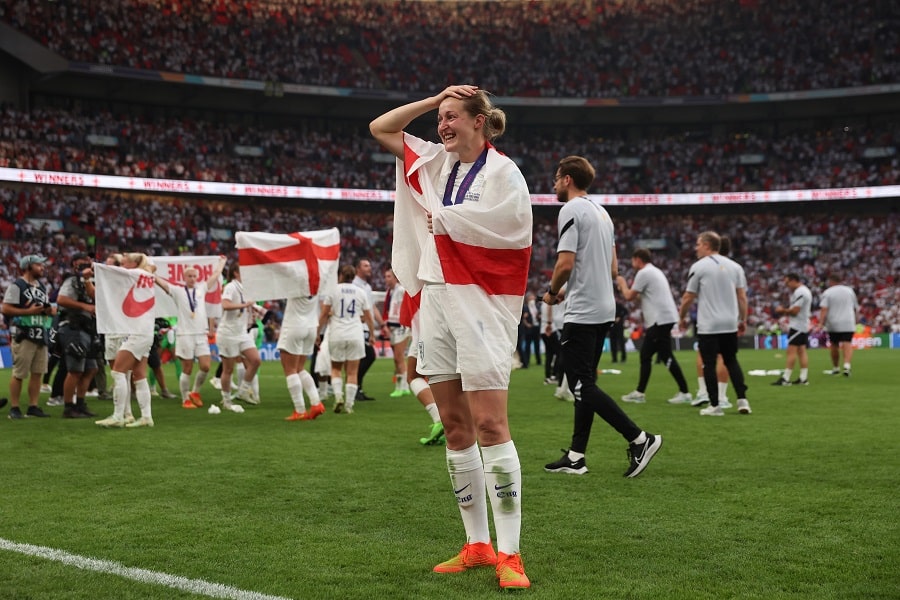 The kids are alright

In fact, it was an agonising day all round for Popp, who had been Germany’s most lethal performer in the competition, but injured herself in the warm-up and was unable to take part in the final.

Sincere commiserations to her, and the entire Germany team, who proved worthy opposition; as Wiegman herself noted in the post-match interview, “it was so tight but who cares – we won”.

And captain Leah Williamson was irrepressible. The 25-year-old Arsenal star alluded to a classic The Who single as she told a pitchside interviewer: “the kids are alright.” Wish they’d play that instead of Sweet Caroline.

Anyhoo, after a well-deserved period of reflection and relaxation, the side will turn their attention to next year’s World Cup in Australia and New Zealand.

Before that of course, the England’s men’s team will be seeking glory of their own in Qatar later this winter. Over to you Gareth…