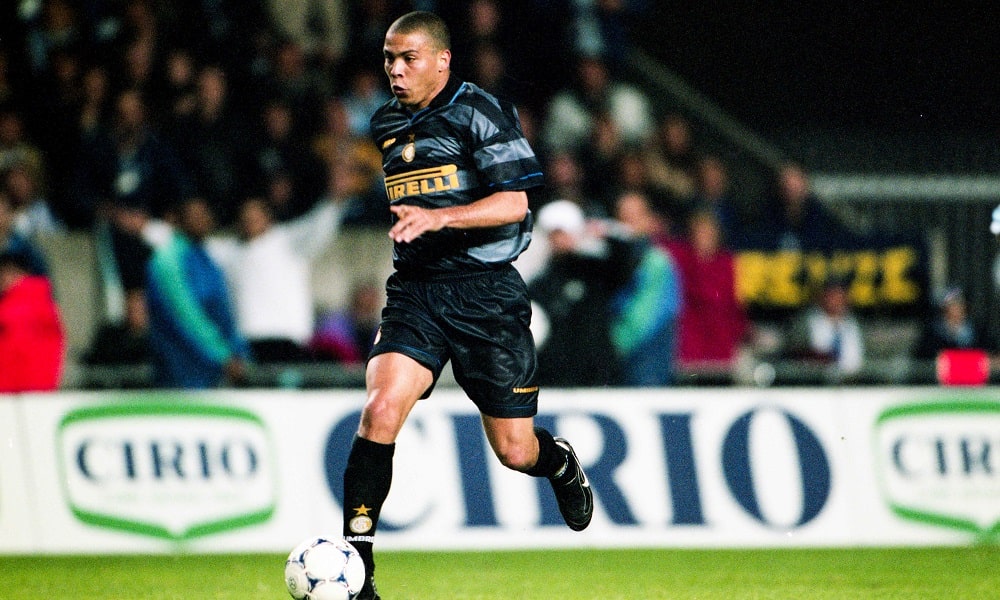 Rangers vie for glory against Eintracht Frankfurt on Wednesday. Giovanni van Bronckhorst’s side are looking to become the first Scottish club to win a European trophy since Alex Ferguson’s Aberdeen in 1983. Bet on the Europa League final now

A huge night of action awaits in Seville. And to whet your appetite for the big match, what better time to revisit some of the greatest Europa League finals?

On their debut appearance in the competition, Sporting Alaves reached the final. And despite being underdogs, the Spanish side would make a huge contribution to perhaps the most dramatic UEFA Cup final ever.

Seeking to complete a Cup treble, having already won the league and FA Cup that season, Gerard Houllier’s Liverpool started smartly. Markus Babbel headed home after four minutes to give the Reds the lead at Dortmund’s Westfalenstadion.

Steven Gerrard would add a second in the 16th minute, before Ivan Alonso headed past Sander Westerveld to give Alaves a way back into the game.

Michael Owen won a penalty that Gary McAllister converted to make it 3-1 by half-time. But Alaves would fight back in the second half, Javi Moreno heading home a second for the Spanish club.

Minutes later, Moreno would fire home his second goal from a free kick to equalise for Alaves. But substitute Robbie Fowler gave Liverpool the lead once more – only for Jordi Cruyff to level the score from a header in the 88th minute.

With the score 4-4, extra time beckoned – where both Magno and Antonio Karmona were each shown red cards for reckless challenges.

The nine men of Alaves were stretched by Liverpool. And McAllister’s free kick in the 27th minute resulted in the cruellest of own goals for defender Delfi Geli. The “Golden Goal” rule meant automatic victory for Liverpool.

Originally known as the UEFA Cup, the competition dates back to 1971. In the early days the final took place across two legs, a set-up that would be revised to a single match format in the 1997-98 season.

In this 1989 final, the two legs were played at the respective teams’ home stadiums. Before a crowd of 81,093 fans, Napoli won their home leg 2-1 thanks to a second half penalty from Diego Maradona, and a late goal from Careca, after Maurizio Gaudino had given the visitors the lead in the 17th minute.

The second leg at Stuttgart’s Neckarstadion offered a more even contest, Alemao scoring for the visitors before Jurgen Klinnsman equalised, heading home from a corner in the 27th minute.

Ferrara would put Napoli in front again in the 39th minute, with Careca adding a third in the 62nd minute. Game over, surely? But the hosts rallied, thanks to a deflected own goal from De Napoli.

And the hapless De Napoli was also involved for Stuttgart’s 90th minute equaliser, his misplaced pass practically gifting Olaf Schmaler a goal. That made it 3-3 on the night – but would there be time for one more plot twist? Sadly not; the Italians duly finished as victors.

If our first two selections were relatively even contests, this was a more one-sided affair. Played at Paris’ Parc des Princes, this was the first single-legged final – and Inter proved imperious.

Ivan Zamorano would open the scoring in the fifth minute. Both he and the 21-year-old Ronaldo would also hit the post before Javier Zanetti scored Inter’s second in the 60th minute, his spectacular half-volley from outside the box going in off the crossbar.

Ronaldo would round the keeper in irresistible style to score a third in the 70th minute. And that was about the size of it, barring a couple of late red cards for Inter’s Taribo West and Lazio’s Matias Almeyda. Ronaldo was rightly named man of the match; with the Brazilian at his brilliant best, for Inter it was just all too easy.

It’s Ipswich Town! The Tractor Boys! That side that play in League One! Back in the early eighties though, they were challenging for the First Division title – and actually winning in Europe.

The first leg was at Portman Road, where the hosts scored three times without reply, John Wark, Frans Thijssen and Paul Mariner putting Town in the driving seat. The Tractor driving seat.

The second leg at Amsterdam’s Olympic Stadium was a more competitive affair, even if Thijssen opened the scoring in the fourth minute. Scotsman Wark would get on the scoresheet again too – for a total of 14 goals, setting a record in the competition. Wark was also named young European Player of the Year.

The Dutch side would score four goals of their own to give the English side a scare. But Ipswich were never behind on aggregate, and would eventually emerge triumphant. After the first leg, twinkly-eyed Ipswich manager Bobby Robson said, “we’ve made history for the club, and I’m proud of that.” Amen, Bobby…

Unai Emery is the man when it comes to the Europa League; he won the competition three years on the bounce with Seville.

In the last of these wins, the Spanish side came up against Jurgen Klopp in his first season at Anfield. This was back in the days when a Liverpool quadruple seemed about as likely as the chances of Tottenham’s bid for Champions League football being derailed by the worst club in the league this Sunday.

But Sevilla would immediately fight back after the break. Kevin Gameiro equalised in the second half’s opening minute, with Coke scoring in the 64th and 70th minute. That completed a pretty comprehensive victory over the English team, Sevilla claiming their fifth Europa League / UEFA Cup trophy.

If it’s any consolation, we’re pretty sure Liverpool fans have got over the setback in the intervening years…