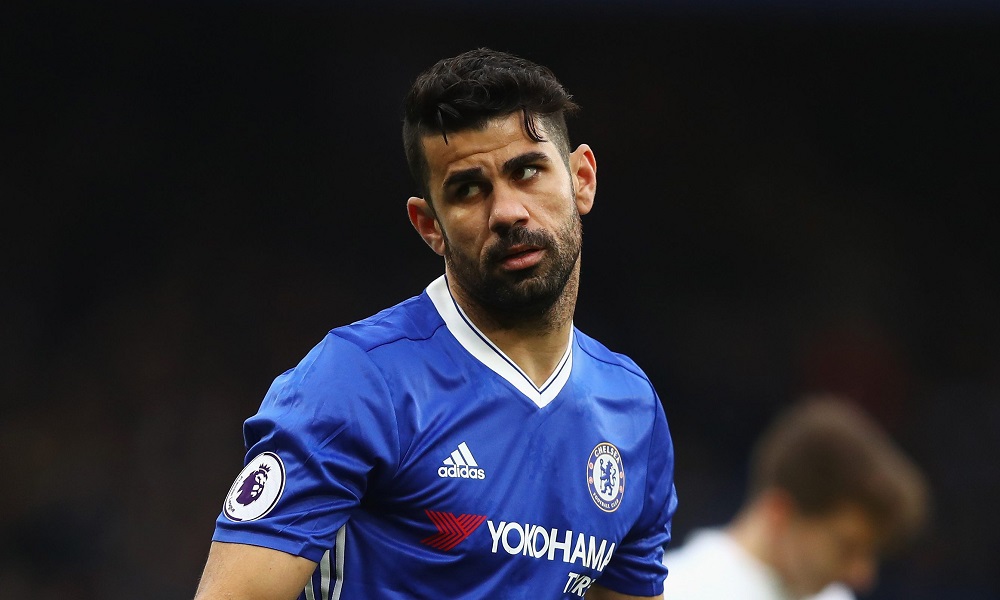 Greatest villains to have played in the Premier League

With Chelsea bidding a purse-lipped farewell to professional wind-up merchant Diego Costa, we’re looking back at some of the Premier League’s most notable scoundrels – here’s the hall of shame: 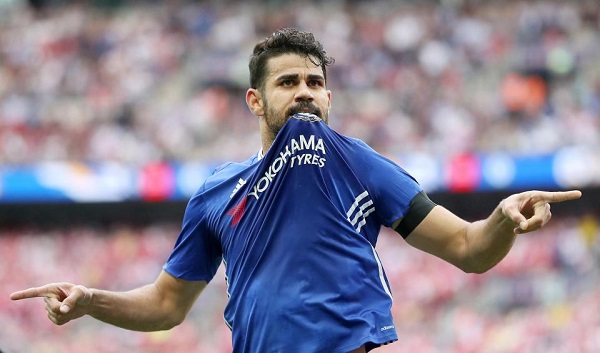 The man that prompted this article, Diego Costa has repeatedly sought to enrage opposition players, stamping, elbowing, slapping, biting, and generally annoying anyone unfortunate enough to play against him. In December 2015, respected French sports publication L’Equipe named him as the world’s most hated footballer.

Costa’s uncompromising approach to football applies off the pitch, too, as was demonstrated over the summer, when Chelsea boss Antonio Conte told the player by text message that he was surplus to requirements at Stamford Bridge in the new season.

This news did not go down well with Costa, who refused to return to London to train with the team in preparation for the new campaign, no other club having purchased him. This week Atletico Madrid finally came to an agreement with Chelsea to purchase the player, who will rejoin his former club in January. 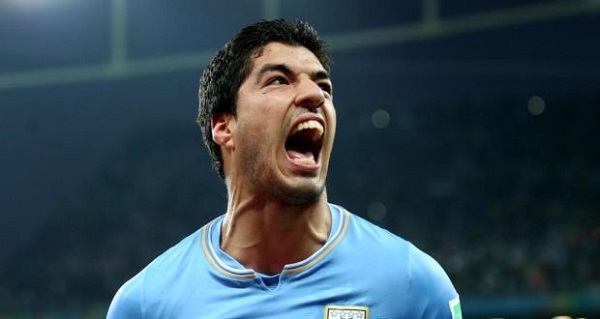 Suarez might be one of the most creative attacking players in world football, lighting up La Liga with dozens of goals since his move to Barcelona in 2014. But the Uruguayan also comes with plenty of baggage.

While playing for Liverpool, Suarez was accused of directing a racial slur at Manchester United’s Patrice Evra, an action which the player denied – though the FA took a different view, hitting Suarez with an eight-game ban and a £40,000 fine.

Suarez also bit Chelsea’s Branislav Ivanovic during a game – an incident that went unnoticed during the game, but which was punished afterwards with a 10-game ban. The striker would gain notoriety around the world for a similar act during the 2014 World Cup in Brazil, when he bit Italy’s Giorgio Chiellini and, preposterously, appeared to suggest the defender had attacked Suarez’s teeth with his shoulder.

Uruguay would go on to win the game, knocking Italy out of the competition – though shortly after the match finished, Suarez was fined and given an immediate nine-match ban. Little did it matter – later that summer the player would be purchased by Barca for around £65m. 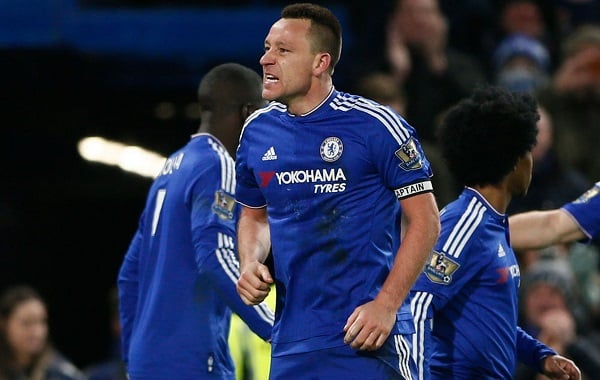 Suarez might have had trouble controlling himself on the pitch, but for John Terry, it was dubious off-the-pitch activity that really cemented JT’s image as a first-class rotter. The England captain allegedly started an affair with the wife of hapless teammate Wayne Bridge, with relations between Bridge and Terry growing understandably frosty when revelations of the romantic entanglement came to light. In the aftermath of media reports on the affair, Terry was stripped of the England captaincy.

Terry had form as long as Peter Crouch’s arm, even outside of his lurid love-life, however.  The then-Chelsea captain was also handed a fine and a four match ban for racially abusing Anton Ferdinand, and he was dropped from the England captaincy again (having briefly been reinstalled after his previous shenanigans).

In his younger days, he also got into a fight with a nightclub bouncer, and drunkenly mocked American tourists after the 911 attacks. Less damagingly, but still in keeping with his reputation, Terry celebrated Chelsea’s 2012 Champions League win wearing his full kit, despite having played no role in the game due to suspension. 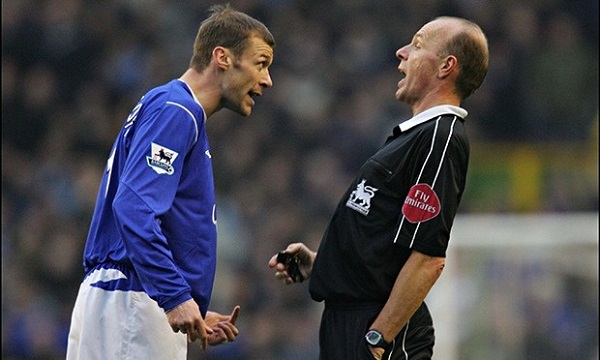 Dubbed Duncan Disorderly by the tabloids, Ferguson made a name for himself playing for Dundee United and Rangers in his native Scotland, but it was at Everton where he played the majority of his career – and earned legendary status with Toffees fans.

So aggressive was Ferguson’s style of play, the striker received nine red cards over the course of his career, eight in the Premier League. Even when he wasn’t being sent off, he stood out – the time he hurled Man Utd’s Paul Ince to the floor like a rag doll lives on in the memory, for instance.

More alarmingly, during his season at Rangers he headbutted Raith Rovers’ John McStay, earning a booking – and also an assault charge, serving a three-month prison sentence for his rambunctiousness.

Off the field, Ferguson lived up to his reputation as one of football’s hardest characters; he has twice prevented burglars from robbing his house, sending one of the hapless criminals to hospital in the process; he has headbutted a policeman; and he once punched a supporter on crutches. That was a low moment, but so was being nicked drink-driving the night before his first Merseyside derby – and he turned that around by scoring the opening goal for the Toffees the next day. 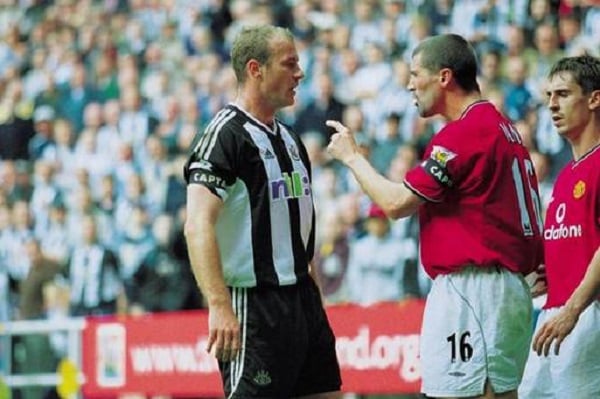 A fine footballer but a highly combustible character, Roy Keane had the ability to alienate even Sir Alex Ferguson, the manager who oversaw the majority of his trophy-laded playing career.

Keane’s falling out with Fergie came after the midfielder criticised his teammates, following Man Utd’s 4-1 loss to Middlesbrough in November 2005; Keane’s outspoken comments would soon see him leave United to play for Celtic.

It wasn’t the first time the Irishman had expressed a difference of opinion with his coaches; at the 2002 World Cup, Keane launched a scathing attack on Ireland manager Mick McCarthy, finishing his tirade with the memorable if unworkable suggestion that McCarthy should ‘stick it up your bollocks’.

Keane was just as volatile with his boots on, getting into a heated argument with Arsenal’s Patrick Vieira in the tunnel before a match, throwing a punch at Alan Shearer on the pitch – and deliberately taking out Alf-Inge Haland with a vicious foul that earned Keane a three-match ban at the time – and another five match ban some months later, when he published an autobiography admitting he had intended to foul Haland.

To bet on Premier League football, visit 32Red Sport today – we’ve a wide range of markets across the Premier League, as well as European and world football. If you’re looking for a different kind of flutter, check out our 32Red Casino site – there’s plenty of slots and table games to keep you entertained!