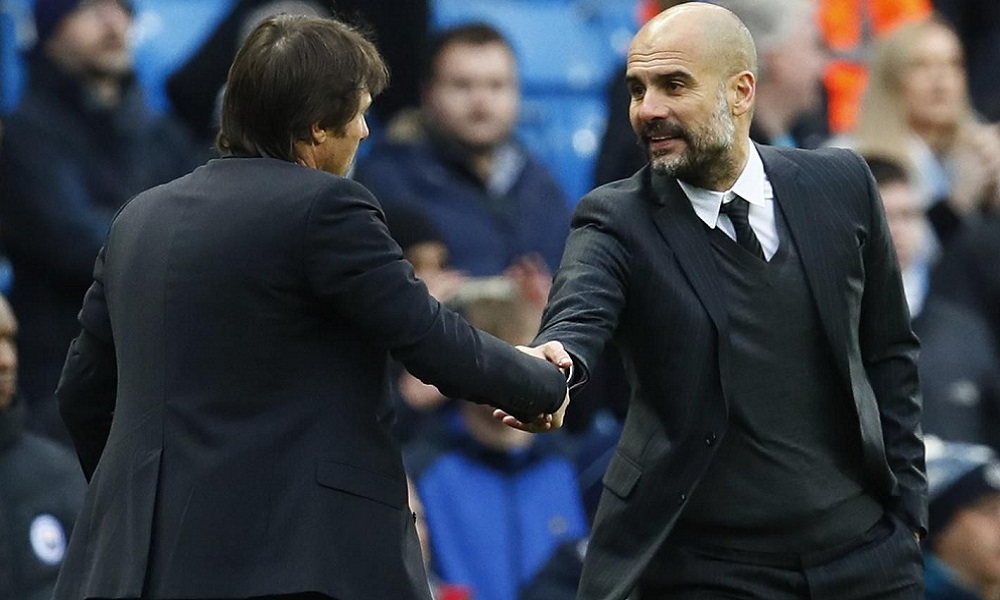 Chelsea’s opening game of the season, where they were beaten at home by Burnley, feels a long way away right now; Antonio Conte’s side received plenty of criticism after that shock defeat, but since then the side have won all but one of their last eight matches.

On Wednesday the Blues turned over Atletico Madrid at the Wanda Metropolitano; a few days earlier, the West London club clobbered Stoke 4-0 away, Alvaro Morata scoring a hat-trick. Confidence is rightly high – so can Man City find a way to stop Chelsea in Saturday’s teatime kick-off?

The Manchester team top the table on goal difference with 16 points (their neighbours Man United are hot on their heels), with Pep Guardiola’s side unbeaten so far this season. City haven’t even conceded a goal in the league since late August, scoring 16 times in their last three games.

But the visitors are without Sergio Aguero, after the Argentinian was injured in a car crash on Thursday night. That’s obviously a significant loss, with Aguero having scored five times in his last three league games for the side. Still, it’s not like City aren’t without other options going forward, and Gabriel Jesus has looked like the real deal for the Manchester side.

Guardiola will also be concerned by the absence of Benjamin Mendy, though, who may not be fit to play for City again this season after rupturing a ligament in his knee against Crystal Palace last weekend. With City weakened by key absences, and Chelsea having beat Guardiola’s team in both home and away fixtures last season, it wouldn’t be a shock to see the West London club seize the initiative here.

I’ll be backing Chelsea at 31/20 to win the match, and Morata could be worth backing to find the back of the net here too; he’s 13/10 to score at any time, or 4/1 to score the first goal on Saturday. Having found the net after two minutes against Stoke last week, a small punt on Morata to open the scoring could be worth a flutter…