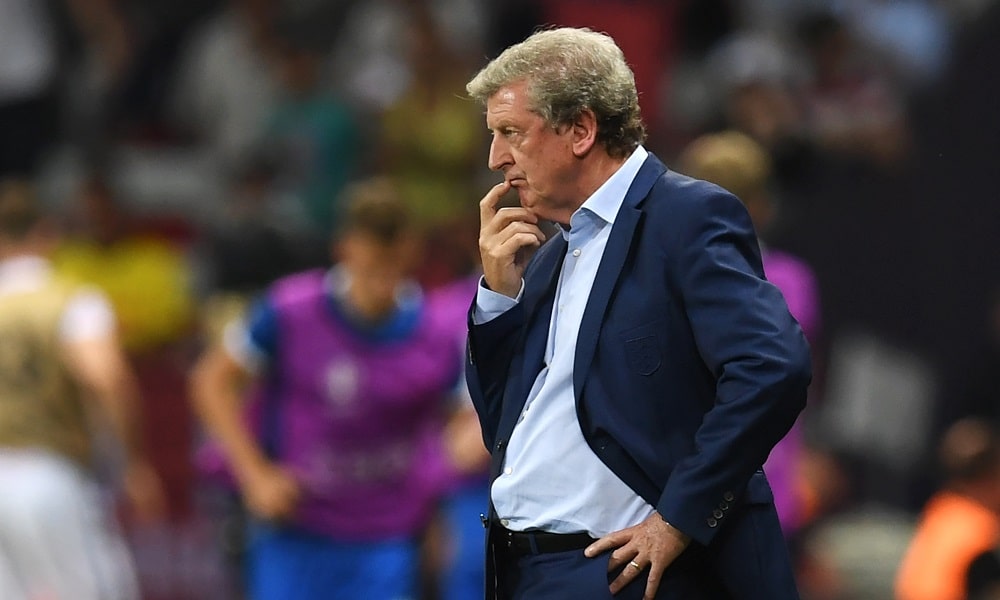 Gareth Southgate endured one of his most brutal nights as Hungary demolished England 4-0 at Molineux earlier this week.

But calls for the Three Lions boss to sling his hook seem a tad premature, given England’s generally encouraging performances under their current manager.

It’s not just that England have reached a World Cup semi-final and a Euros final under Southgate. Although surely that should buy the coach a bit of goodwill, no?!

It’s more the cheerless, clueless bleh that was served up on a routine basis by the likes of Fabio Capello, Roy Hodgson and late period Sven Goran Eriksson, prior to Southgate’s arrival.

As we revisit some other egregious England performances from the last couple of decades, maybe it’s time to give Gareth the benefit of the doubt… 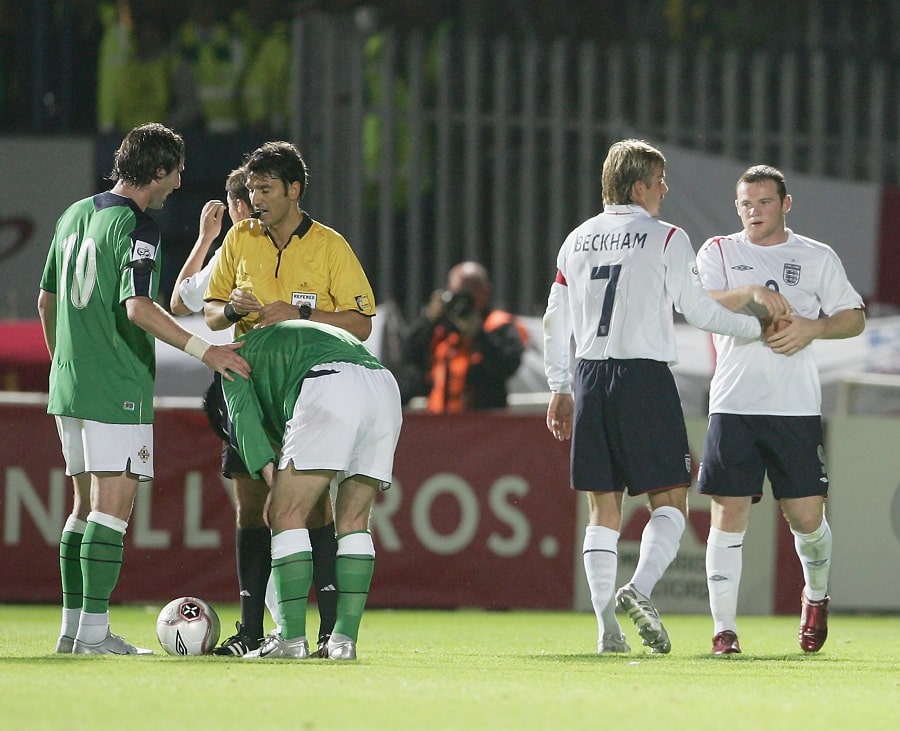 Sven endeared himself to fans in 2001, after his England beat Germany 5-1 in a World Cup qualifier in Munich. But if that sparkling performance was England’s zenith under the Swede, this might have been the nadir.

A wretched night for the visitors saw David Healy score the only goal after 73 minutes, giving Lawrie Sanchez’s Northern Ireland unexpected victory. Before that, David Beckham had sought to calm a visibly irked Wayne Rooney – only for Wazza to shove his teammate away in frustration. 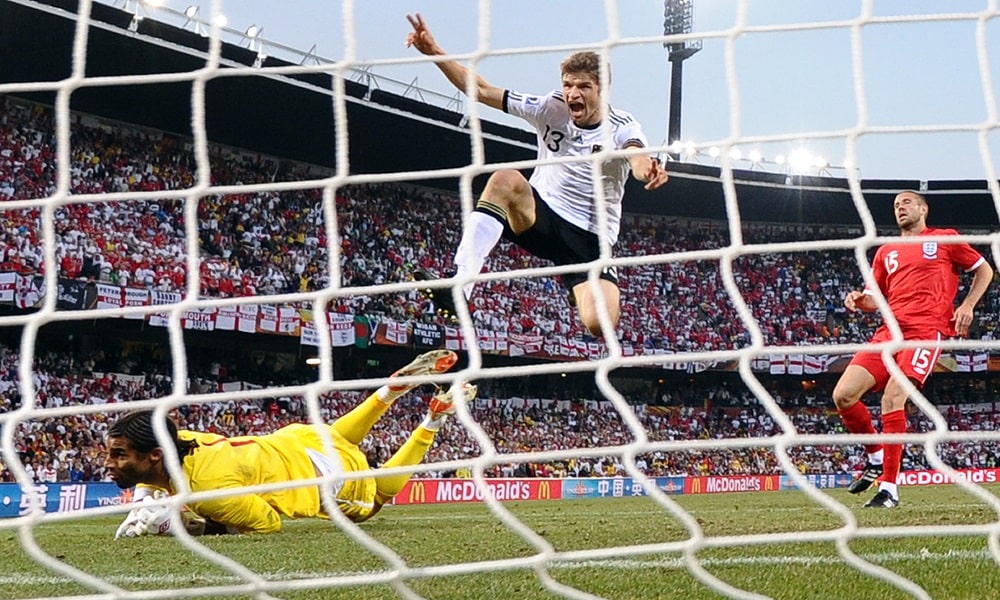 The highly-paid Fabio Capello was supposedly a stern taskmaster who would whip England’s feckless players into shape with discipline and determination. Instead, England’s appearances at the South Africa World Cup were stodgy, sloppy, almost completely bereft of quality.

More than a decade on, we’re still haunted by memories of red-faced players huffing and puffing round the pitch. That and the dismal shriek of the vuvuzela.

Even when a moment of hope came via Frank Lampard’s 39th minute strike, the ref wrongly decided the goal hadn’t crossed the line. It was a poor decision, and Lamps’ ghost goal would have made the score 2-2 if the referee hadn’t been asleep at the wheel. Mathew Upson had already scored from a cross shortly before half-time to give England a chance against a side that had clearly been superior.

But England’s overall lack of rhythm and creativity deserved to be punished. Capello’s team plodded ineffectually around the pitch as the opposition sauntered to victory. 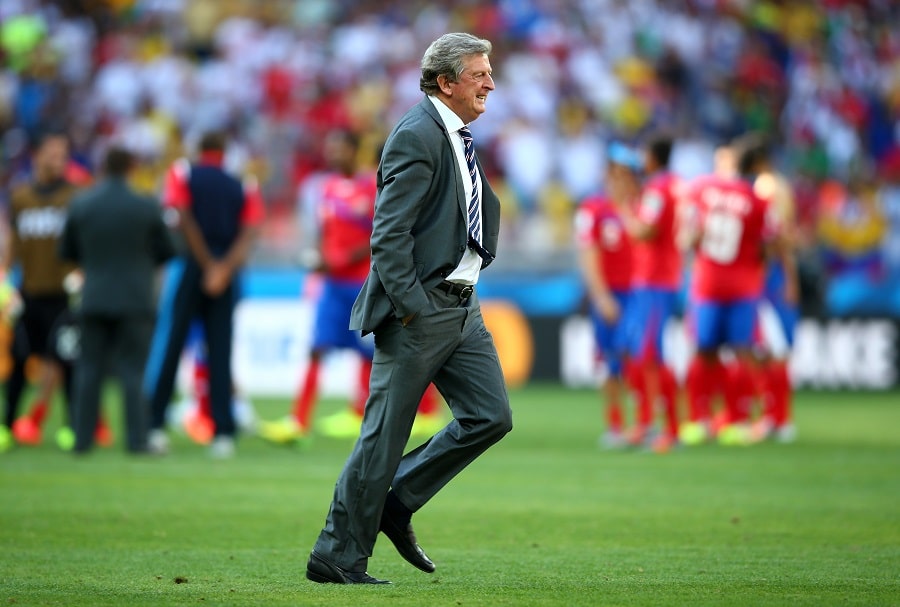 Okay, this was a meaningless game. England had already lost their opening group stage games to Italy and Uruguay. Still, even in this group of death, couldn’t England have shown just a hint of life against lowly Costa Rica?

Actually, “lowly” Costa Rica ended up topping the group, having won their previous games against Italy and Uruguay. Nevertheless, this was a bum note on which for England to finish their short-lived tournament.

By this point, England’s years in the doldrums meant that expectations were low, however. Roy Hodgson’s undistinguished campaign in Brazil was not enough to see the England man lose his position. Which eventually led to… 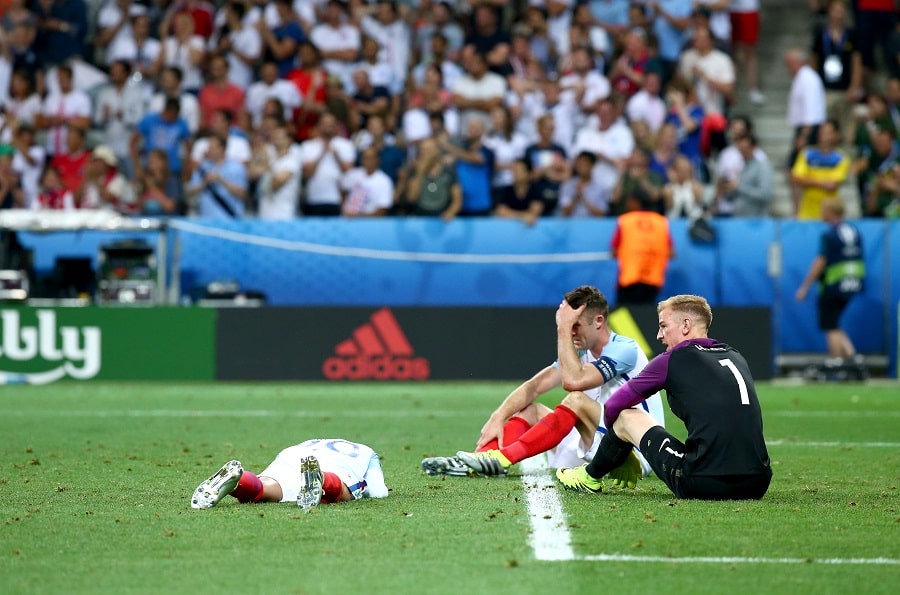 A true embarrassment. Hodgson’s final game in charge with England resulted in a scarcely believable outcome. A ragbag squad of plucky but limited hopefuls, yes, getting turned over by Iceland.

With a population of 335,000, Iceland were the smallest nation ever to appear at the finals of a major competition. The team’s ranks included a player employed in a salt-packing factory when he wasn’t turning out for the national side.

Lars Lagerback and Heimir Hallgrimson co-managed Iceland; the latter was also a part-time dentist. Fitting, since viewing this England performance was about as enjoyable as undergoing a root canal.

In this round of 16 encounter, England started reassuringly, earning a penalty that Wayne Rooney dispatched in the fourth minute. But just a minute later Ragnar Sigurdsson would equalise from a long throw. Iceland would take the lead in the 19th minute through a Kolbein Sigthorsson shot, again from a throw-in.

And so the scoreline would remain ‘til the end. The greatest result in Iceland’s history also left England looking like the spectacularly inept team they so often are.

Hodgson announced his resignation soon after the final whistle. And the manager practically had to be dragged to the post-mortem press conference the next day. Hodgson told reporters: “I don’t really know what I’m doing here.” If only he’d reached that conclusion a few years earlier…