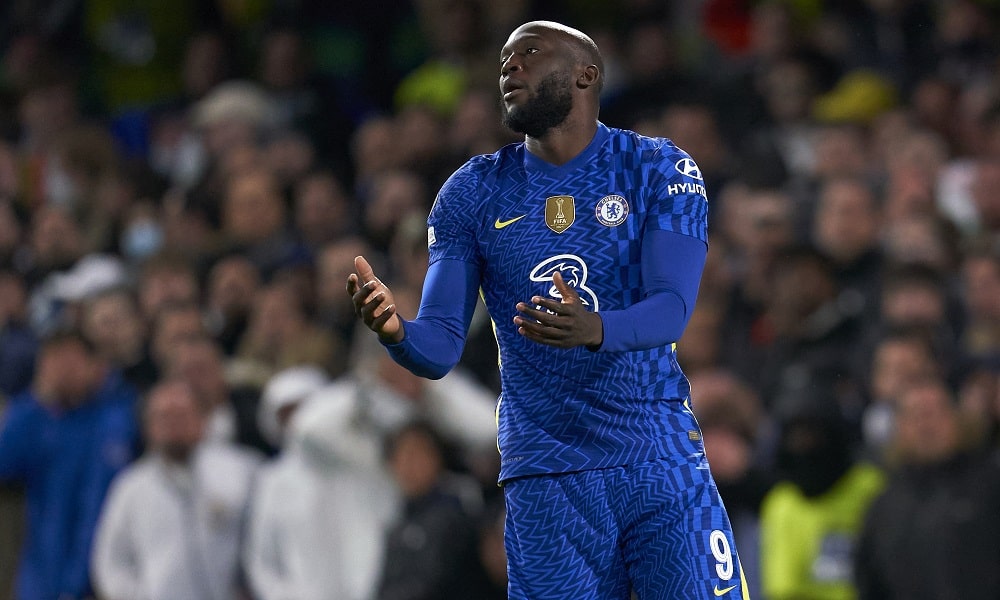 It was supposed to be the final part of the jigsaw, a £97.5million move that would see Chelsea reunited with one of Europe’s deadliest strikers.

Instead, Romelu Lukaku’s return to Stamford Bridge has been little short of a fiasco. The Belgian star scored just eight goals in the Premier League last season.

Yet Lukaku had flourished before that, scoring 47 goals for Inter Milan in the two years prior to his move back to the Premier League. Now, Lukaku returns to the San Siro hoping to rediscover his goal touch.

Lukaku mustered just three league goals from 14 appearances in 2022. Earlier in the season, he’d admitted a desire to return to Inter in an interview on Italian TV.

Now the 29-year-old has got his wish. A loan move to the Serie A side has been agreed, according to Sky Italy. Inter will pay a loan fee of £6.9 million plus an extra £3.4m in bonuses, with Lukaku’s wages paid by the Italian club.

In any case, Big Rom possibly shouldn’t take his Stamford Bridge failure too personally. After all, Chelsea have a history of failing to coax the best from many of their best-known players. Just check out the below list if you don’t believe us… 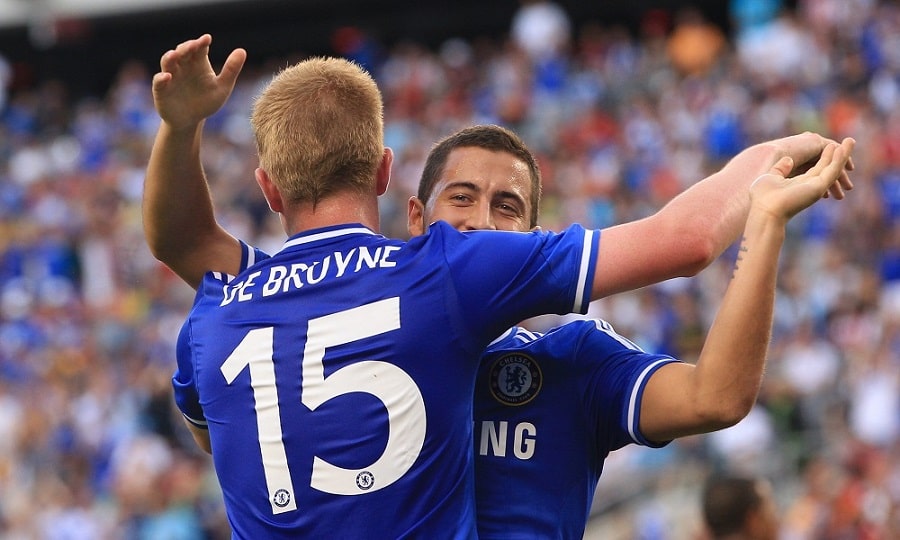 Before De Bruyne established himself as one of the most influential footballers in world football, he was on Chelsea’s books. It didn’t go well.

The brilliant Belgian found himself at Stamford Bridge during Jose Mourinho’s second stint with the club in 2014. And it’s fair to say Mou didn’t go overboard trying to unlock KDB’s magnificence. After choosing not to select the then 22-year-old out for a Champions League match against Steaua Bucharest,  Mourinho explained the absence thus: “I didn’t like the match he played against Swindon and I didn’t like the way he was training.”

Following that forthright comment, a lack of game time was enough to convince De Bruyne that if he wanted to play, he’d be better off elsewhere. The Belgium made just nine appearances for the Blues, before he was shipped off to Bundesliga side Wolfsburg. Then in 2015 he was purchased by Man City for £52 million – a move that inspired scoffs of derision in some quarters.

Yet De Bruyne made an immediate impact at City, scoring in three of his first four league games for the Manchester side. That was simply an early taste of what was to come for a player who has excelled under Pep Guardiola. 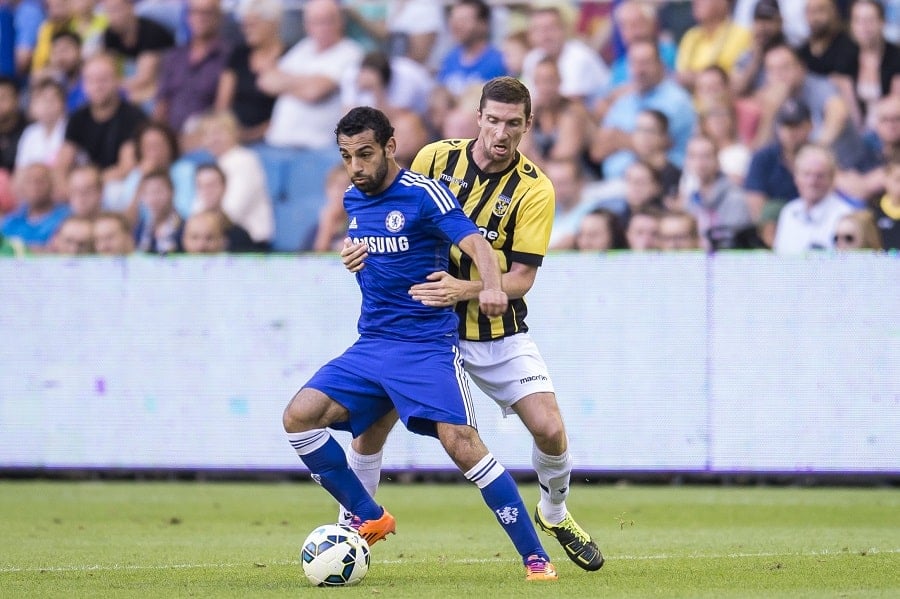 Mo better Blues? Not exactly. Like De Bruyne, Salah’s brief time at Chelsea also came during Mourinho’s second spell in charge. And again, there seems to have been a fundamental lack of accord between player and manager.

Salah made 19 appearances for the Blues, scoring twice before being loaned out to Fiorentina. At the Italian club – there’s a pattern forming – he hit the ground running, with six goals in his first seven appearances.

Salah would move to Roma in 2015 on loan, signing with them a year later before moving to Liverpool in 2017.

At Anfield, the striker has forged a reputation as one of the greatest players of the modern era. At Chelsea though, despite playing like “Messi” in training, it seems as though Mo wasn’t given the chance to make much impact. 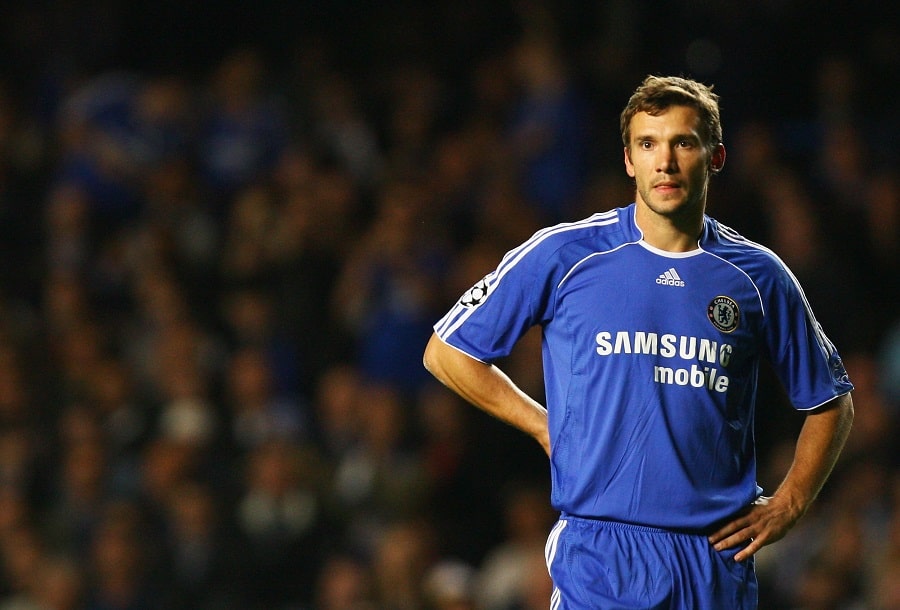 A Ballon d’Or and Champions League winner with Milan, Shevchenko moved to the newly wealthy Chelsea in 2006 for £31m – a record for an English club. But the Ukrainian striker never really caught fire in West London.

Sheva scored nine goals in 48 league appearances for the Blues, and ended up playing second fiddle to Didier Drogba during his time with Chelsea.

While Shevchenko failed to capture the goalscoring form of his Serie A days, Drogba continued to shine. The Ivorian scored 20 league goals in the Ukrainian’s debut season in the Prem. Meanwhile, Sheva struggled to a total of four goals.

Though the striker still occasionally impressed, in his second season his game time was reduced because of a hernia injury. And in his third year with Chelsea he was loaned back to Milan – where he also struggled to make an impact. Shevchenko made 18 appearances without scoring for the side where he’d previously enjoyed his greatest triumphs. 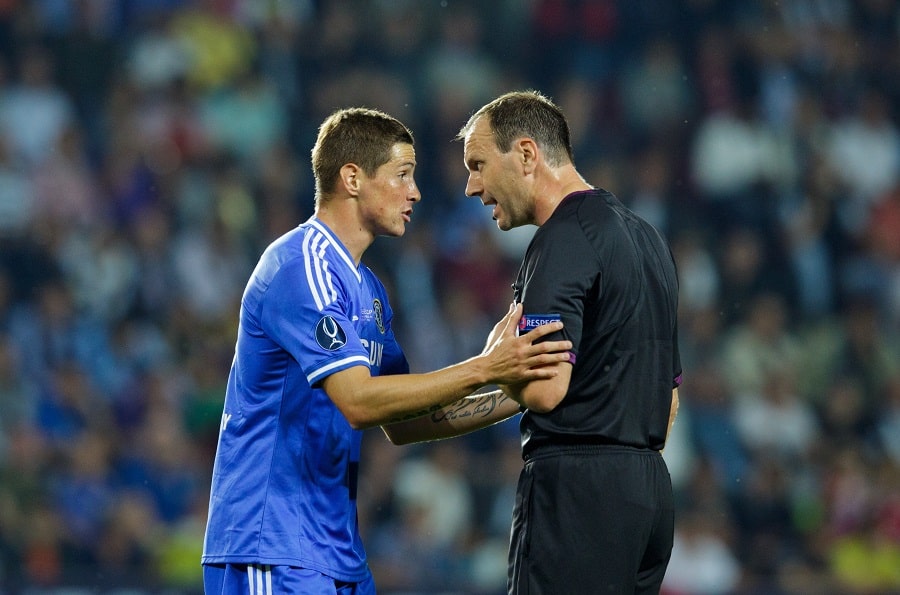 Torres had been excellent for Liverpool, even if his ability to find the net fell away during his final half-season with the Reds. That was nothing compared with what was to come at Chelsea though.

The Spanish forward moved to Chelsea in January 2011, for a British record transfer fee of £50million. No pressure…

Torres played 18 games in his first campaign with Chelsea – scoring a single goal. His debut goal came against West Ham, with Chelsea already a goal up against the Irons.

His second season with the club was hardly a great improvement. Torres did score a hat-trick against QPR – but that constituted 50 percent of the forward’s Premier League goals that season.

In all, Torres produced 20 goals for Chelsea over 109 games during his four-year spell with the club. Say it ain’t so, Nando…

Hungary for more? Four of England’s worst results
Jesus set for Arsenal move – so will the striker prove Arteta’s saviour?