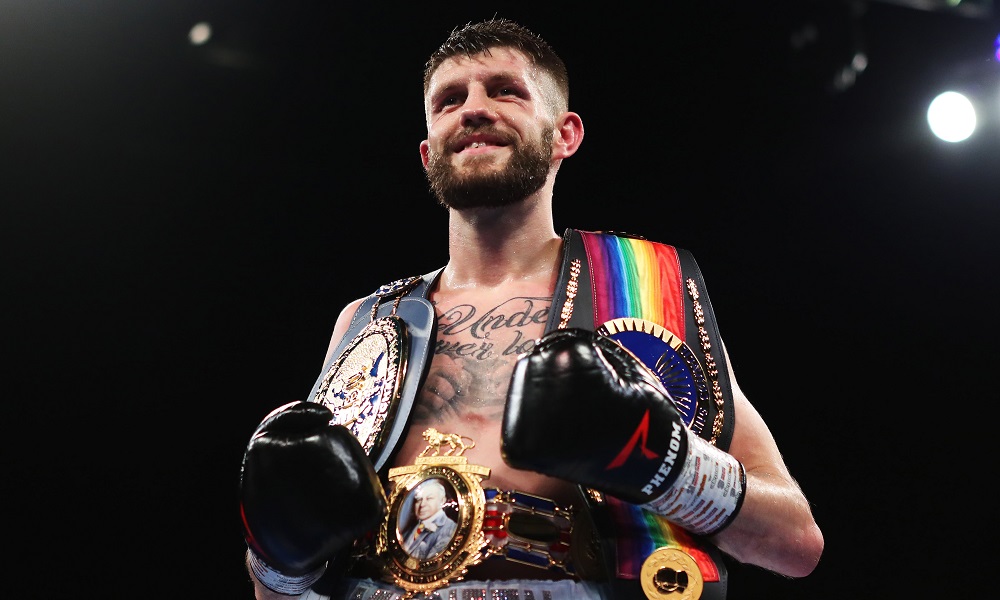 Jason Cunningham exclusive: I might actually be the favourite in this fight!

It must be one of the most packed trophy cabinets in British boxing. It holds an Area title, two English title belts, Commonwealth straps at three weights and the British and European super bantamweight titles. But this Saturday night, the owner of all that silverware will be the main attraction on a nationally televised card for the first time.

Why has it taken more than ten years for Jason Cunningham to become an overnight success?

“Good question. I don’t know,” Cunningham told 32Red. “Maybe it’s because I haven’t had the platform because I’ve definitely gone under the radar. I must definitely be one of the most underrated fighters in Britain because of all my achievements. I’ve boxed at a high level for a long time. I have had my setbacks and stuff but I’ve come through all of them and it’s set me in good stead as we talk now. I’ve always been the underdog but after my last two fights, I’m now known as the bookie basher.”

“I’ve been in with top level kids. I’m not one to shy away from a fight. That’s not in me,” he said. “I believe that if you wanna be the best you’ve gotta be the best. Simple as that. I’m finally here and I think I might actually be the favourite in this next fight.

“There are so many titles about these days. One thing I can always look back on and be proud about is that I’ve done it the old fashioned way and the old school way. The hard way really. I’ve come from he very bottom. Area titles, English, British, I’m a three weight Commonwealth champion and now I’m European champion. I can be proud because it’s not done that way too often these days. There are too many ABC titles. It’s probably not a good thing really and I believe the best should fight the best.” 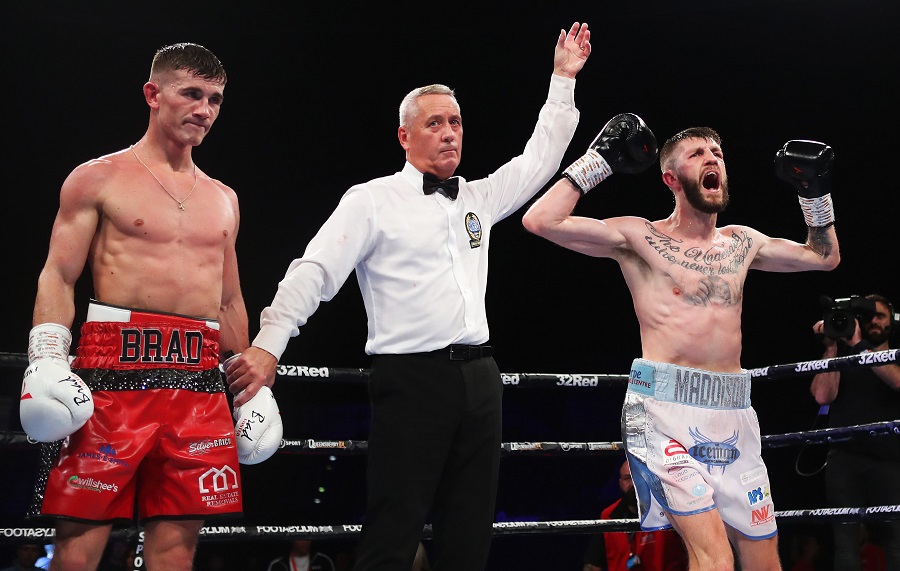 Cunningham has spent years collecting titles and winning at a good level but falling just short in the type of fights which would have all but guaranteed him a shot at the best had he won. Strangely, it was a third defeat in 14 months which proved to be the turning point in his career.

In December 2018 Cunningham lost a unanimous decision to Michael Conlan but gave the world class talent 10 solid rounds. Cunningham took lots from the night. He has won six straight fights and hasn’t lost since. Cunningham has never been closer to fighting the very best, beat Le Couviour and he will be within touching distance.

“I gained a lot of confidence”

“Confidence. That’s what it’s down to,” he said. “Everybody expected him [Conlan] to get me out. He was the next big star after all. I gained a lot of confidence from that fight.

“It’s all experience. I believe that just before COVID came round and we went into lockdown I was really finding my feet. We made the decision to campaign full time at super bantamweight where I’ve got my biggest advantages and where I could really be a force. I just felt I was coming into my best years then and that showed in the Conlan fight. COVID put a setback on the entire world, not just my boxing career. I knew it were coming and I believe that now I’m in my prime. We’ll see how we go on from here but I find myself in a very, very good position.

“It’s gonna be a good, disciplined performance because Le Couviour is quite aggressive and he’ll come forward so I might break him down later on but whether that happens or not, as long as I get my hand raised on the night that’s all that matters.”

Cunningham might find himself in a very good position but he has fought to get there. After years grinding away on the small hall circuit, plenty of fighters would have either retired or offered themselves up as an opponent for up and coming prospects after another heartbreaking defeat like the one he suffered to Conlan. Cunningham buckled down even more. 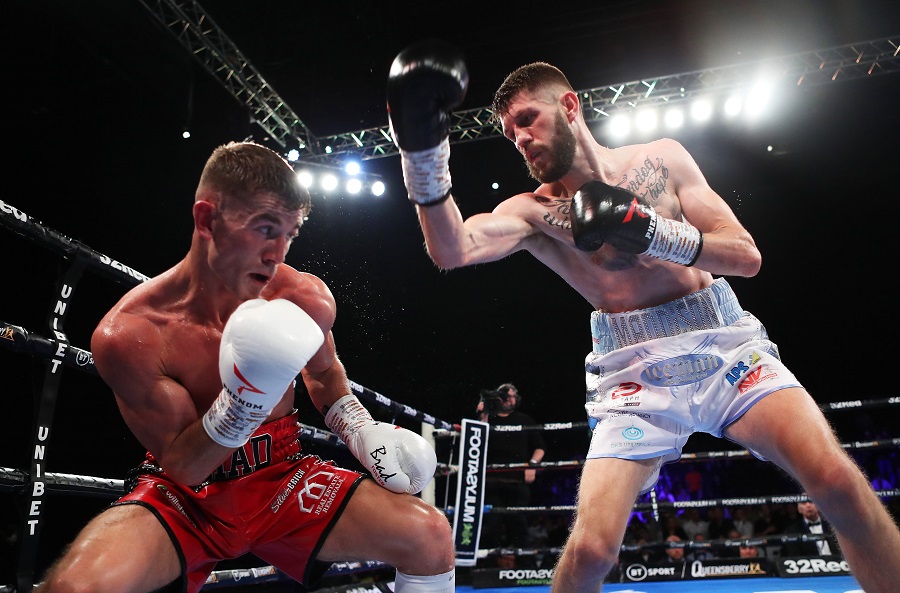 He was sensational in beating Gamal Yafai for the European title last May and followed that up by taking Brad Foster’s unbeaten record in a triple title clash five months later. Beating Foster finally made him a man in demand and as he sifted through the various promotional offers that landed on his table, it was his memory of how Foster was treated during the build up to their fight which made him settle on signing with Frank Warren and BT Sport.

“Frank’s got a good stable at super bantamweight and I’m top of the tree but there are good kids coming through and potential rivalries. I’m all about that obviously. I wanted to be on a platform for UK TV. I knew a few people wanted to sign me but the way Brad got treated when we fought in Birmingham where there were pulling all the strings for him and winning the purse bid, I craved that kind of backing.

“I’ve got a very experienced team and I’m very experienced myself. All the pieces were there, we were just missing that final one: a big promoter. That’s why I signed with Frank. This is my first fight with him and I’m headlining a show on BT. I’ve got the platform to show everybody what I can do. I fully intend to.”

“Money’s not the be all and end all”

There is no sense that Cunningham sees this as a kind of victory lap where he can cash in on a decade of hard work. He isn’t about to take a shortcut having come this far. If the chance to fight for a world belt and complete the full set of titles presents itself Cunningham will grasp it but he doesn’t expect anything to be handed to him.

“Money comes and goes. It’d be nice to leave the game with a few quid in the bank but that’s not the be all and end all. I wanna do it the right way and make the right fights but at the same time, if a world title shot came I’ll be jumping straight at it. You can’t turn those opportunities down, I’m the first person to know that having spent all my time on the small hall circuit. I’m ready and willing for whatever comes and I can’t wait to get in there.”

Continue Reading
You may also like...
Related Topics:featured, Jason Cunningham

Josh Warrington exclusive diary: I’m bang at it, Kiko’s in for a shock
Frank Warren exclusive on Fury vs Whyte: it’s the biggest show we’ve ever done