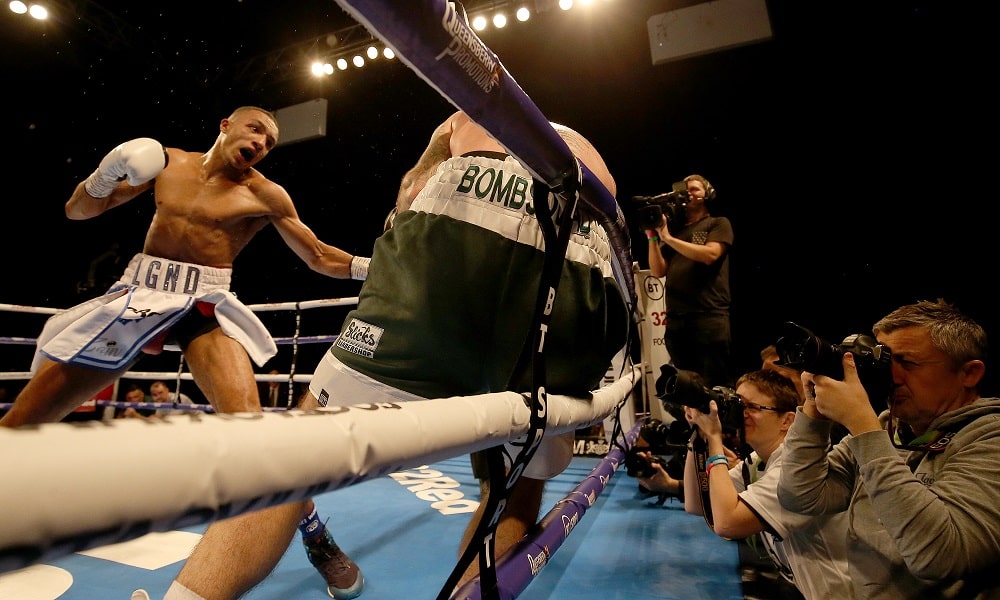 32Red ambassador, Zelfa Barrett, is a man on mission.

First and foremost he is fixated on winning the European super featherweight title in Cardiff this weekend but victory may just come with an added bonus. It might just cement his spot as the man to face the winner of the DAZN show’s headline attraction, the IBF world title fight between Japanese champion, Kenichi Ogawa, and his Welsh challenger, Joe Cordina.

The better I perform, the better for me

Zelfa’s opportunity comes against Faroukh Kourbanov who lost a majority decision to Cordina just last year. Any kind of win will all but guarantee him a shot at the winner of the main event, but a spectacular triumph will make it impossible to deny him the chance to win a world title. The fight takes place on a very important day for Zelfa, his beloved mum, Sonia, passed away on June 4th last year. For all the latest fight odds, visit our sportsbook.

As the biggest moment of his career draws closer, Zelfa shared his thoughts with 32Red.

“My uncle and trainer, Pat, won the European title too so I’ll match him there and the only thing I’ve not had that he has is the British. I’m not coming back down for that though!

“It’s a bit of a weird one that Cordina’s getting the IBF shot before me when he’s behind me in the rankings but there’s nothing at all I can do about that. I just have to beat this guy and look good and make sure I’m next. I’m gonna do it in devastating fashion.

“I hit this camp very hard. We’re out here to make a statement. It’s the same show as Cordina’s world title fight so I’m out here to make a statement and show the winner of that fight that I’m here. I can overshadow them. No doubt. This guy fought Joe last year so I have to do a better job than him. The better I perform, the better it’ll be for me. 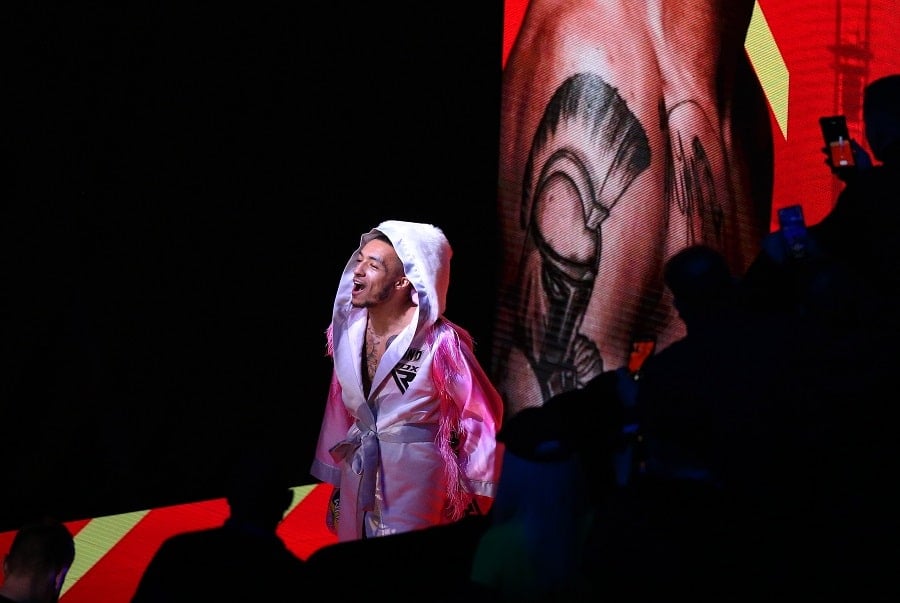 Greatness is being accepted by the people

“This fight was supposed to happen in Manchester on the Conor Benn undercard but I picked up a bit of an injury and had to rest it. It was disappointing because the support I got when I last boxed at home in the arena was crazy.

“I’m a normal man. I don’t think I’m better than anyone else. People still see me out running and getting about and just doing things as normal so it’s hard to see myself from another person’s perspective but I’m still Zelfa. I’m just normal. To others though, they might see me differently. I might be their favourite fighter. It’s weird. I think, ‘Wow. All these people are here for me.’

“People do recognise me more these days but because of the way I carry myself and people see me around almost every day, it’s nothing new to them. That’s the way I like it. I’m a people person. Imagine being a Floyd Mayweather and not being able to get about?

Last time I fought, I made it look easy. It wasn’t

“Being humble and remaining the person you are is the way. The only time I do think I’m better than anybody is during fight week and when I’m in the ring with my opponent and I feel and act like I’m better than them. When I’m on a show I feel like I’m the best fighter there. I know it too. I’m number two in the world for a reason. I’ll carry myself like that in that situation too but that’s as a fighter, not as a person. That’s the mindset you have to have as a champion.

“Look at my performances. I perform and it looks easy. Look at the last guy I fought, Bruno Tarimo. I made it look easy. It wasn’t. The way I was hitting and moving, it was hard. That’s what showmen do though. They make hard things look easy. 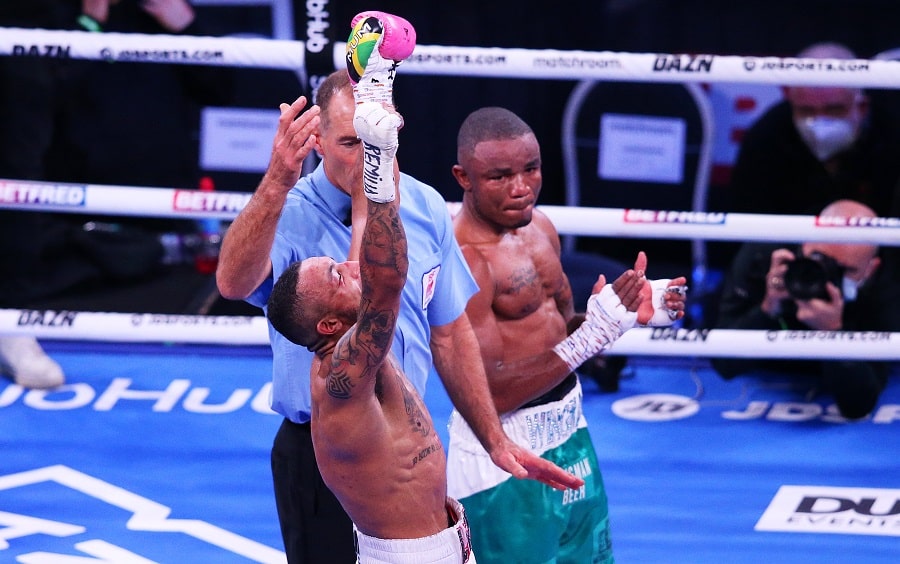 “It’s funny because good fighters never seem to get credit for being good. Fighters who are in bloody battles and come out with their noses hanging off, they get the credit. Performing good and putting in spectacular flawless, performances, that doesn’t get as much credit. That’s what I’ve learned. Look at me against Eric Donovan. I had to dig deep and find a way and I cleaned him out. I boxed Bruno’s head off. He’s ranked four in the world and I didn’t get as much credit.

“It doesn’t piss me off, it only gets to me if the right people don’t notice. If Tom, Dick or Harry don’t care, that doesn’t bother me but if my people who know what they’re talking about don’t acknowledge it then it does. People get credit for being average and in this game, average isn’t good enough. Average gets knocked out.

“I like watching fights like Terence Crawford beating up Jeff Horn. I loved it when Adrien Broner boxed Antonio DeMarco and absolutely took him apart. Those are the type of fights I like.

“I’ve realised what ‘good’ is now. There’s levels to this. I’ve seen the level of what it should be. I know what’s good and when you see fighters like Gervonta Davis, they make it look effortless. The jabbing, the uppercuts, the range. Everything that people work on, those guys can make you look bang average. That’s what I strive to do now. When I boxed Bruno I was doing things that were hard and making them look easy and in this next fight, I’ll show my level.”

Continue Reading
You may also like...
Related Topics:featured, Zelfa Barrett