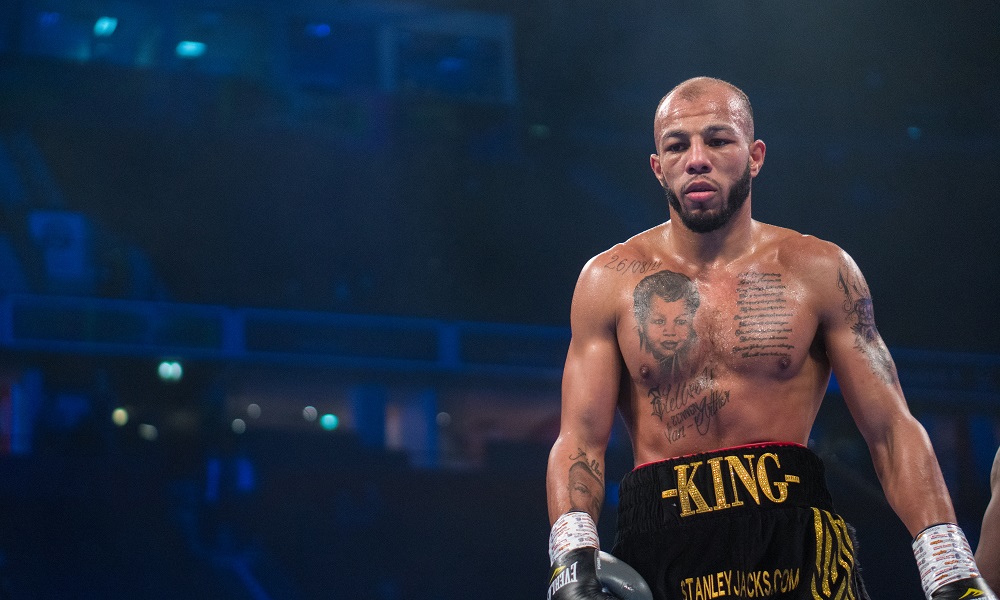 Lyndon Arthur exclusive: I’m ready to punch somebody in the face now

Lyndon Arthur is ready for his big moment.

“I’ll really start feeling it after the weigh in. When I finally get my eyes on my opponent and I can visualise him properly because at the moment I’m only able to visualise him using pictures and videos. When I can see him face to face and weigh him up properly, it’ll all click. All the nerves will come down at that point.”

Arthur is the best kept secret in Britain’s thriving light heavyweight division. Cold and calculating with a destructive jab and fight ending power, he has built his 15-0 record almost completely away from the glare of television cameras. Twelve of those opponents have failed to hear the final bell. The former Team GB member has patiently been climbing the rankings and inching ever closer to the big time but he has been ready to cut loose for a while. On Saturday night he gets his opportunity.

“This is my chance. There’s no room for mistakes now. I have to go out and perform under the lights that I’ve been asking for,” the 28 year old said.

The occasion won’t faze Arthur. His cousin, Zelfa Barrett, defends his own Commonwealth title on Saturday night and the pair have shared bills and dressing rooms throughout their careers. Whenever their act has moved to the arenas, Arthur has got his work done early and returned to the shadows to keep Barrett company whilst he prepares for the television spotlight. Beating Emmanuel Amin in impressive fashion should mean that he never again has to ply his trade before the cameras start rolling.

“It’s different now,” Arthur said. “We’re both gonna be on TV. We’re still gonna be sharing a dressing room and the goal is still the same; we both have to go out and win our fights. I have my own TV slot now though. I can finally, finally put my skills out there.

“I’ve studied Amin a little bit. I’ve watched a couple of tapes and I’ve watched a couple of fights and I just believe that what I do and what I’m capable of will just be a bit too much for him in all ways and every aspect of the ring. I’ve got that little bit of nervous energy because it’s my first TV fight and all that but my sharpness means that I believe I’m just always gonna be one step ahead of him.”

The British light heavyweight rankings are full of big names and bigger challenges. Should Arthur graduate to title class this weekend, his amateur pedigree and slow but steady professional grounding should provide him with all he needs to excel in the highest company but anybody even mentioning names like Anthony Yarde, Joshua Buatsi, and Callum Johnson this week can expect to be met with the famous Lyndon Arthur glare. Until his arm is raised on Saturday night, Arthur only has eyes for one man.

“One million percent. Forget that. Next week, nobody else matters except for Emmanuel Amin,” he said. “That’s exactly what Anthony Joshua did and he got knocked out. We have to learn from other people’s mistakes.

“I say it all the time but I’m on my own journey and whoever comes across my path, we’re gonna have to fight. I believe I’m growing into a better pro all the time and one day I’m gonna be at the top of the elite.”