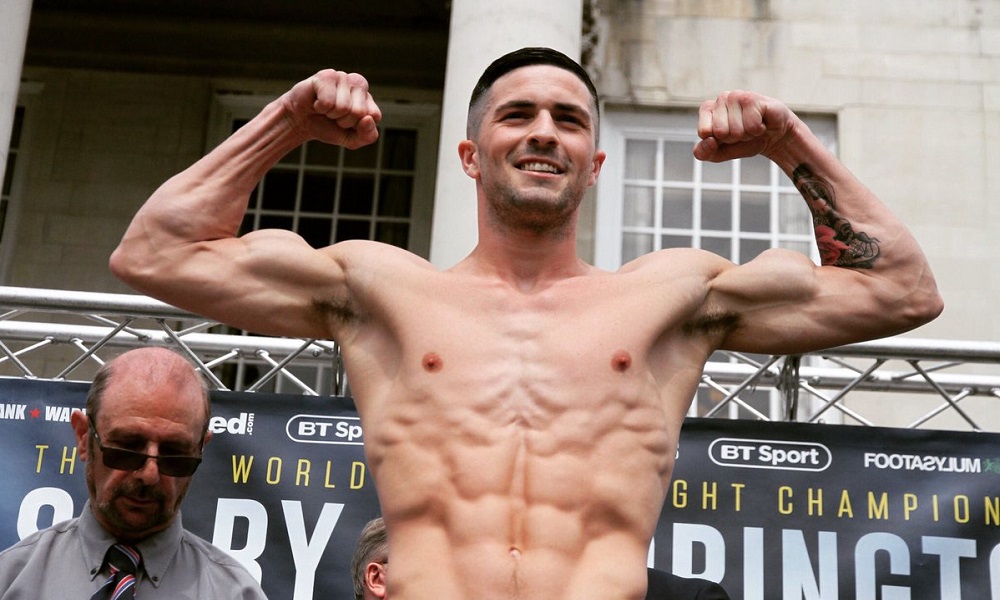 Mark Heffron: Williams is nervous, he knows he’s getting beat up

With his ‘Kid Dynamite’ nickname, a record littered with early finishes, and a devastating highlight reel it would have been no surprise for Mark Heffron’s vacant British middleweight title fight with Liam Williams to have been explosive from the moment it was shockingly announced. Find all the latest boxing odds here.

Not so. The fight itself is almost guaranteed to provide fireworks but after a respectful build up to the fight, Williams has cut loose on social media recently. Whether the Welshman’s outbursts were designed to provoke Heffron (21-0, 17 KO’s) into losing his cool, to instill some doubt in the Oldhamer’s mind or boost his own confidence, Heffron hasn’t taken the bait. This may be his first experience of a big fight build up but the 27 year old has been waiting for this opportunity for a long time and is determined not to let it slip by getting involved in trash talk and allowing his mind to wander away from the fight itself.

“Williams has been having a few paddys recently hasn’t he? It means he’s nervous and that he knows he’s going to get beat up,” Heffron laughed when speaking to 32Red. “He’s been putting up silly little things on his Instagram stories over the weeks and I’ve just ignored it all really. As it got closer to the fight I decided to put a little something up in reply. I’m not gonna get in to arguing with him but he started biting like f**k. I won’t rise to it. He can wind himself up.”

Heffron carries true fight ending power and has weighed as much as 170lbs during his career but since dedicating his life to boxing and having a goal to work towards, his weight has stabilised and he has developed into a solid middleweight. Williams made his name at light middleweight, but he was a big 154lber and has hinted that not having to strip off an additional six pounds will only benefit him. The fight is being billed as the classic match up of heavy handed brawler going up against the smaller, faster boxer but Heffron feels that he is being unfairly cast.

“People are definitely underestimating me here,” Heffron said. “I know what Williams is going off. He’s going off my previous fights but anybody who does that has no idea what I can do in sparring. I know sparring is different to fighting but they don’t have a clue what I’m capable of or about my boxing abilities. They’re all gonna see on December 22nd.

“I’m not really bothered what he does because whatever he comes up with isn’t going to be good enough to beat me. If you ask me though, I think they’re gonna try and get me into the later rounds. They’re gonna try and make sure they don’t get caught with anything early and then try to tire me out later in the fight. Obviously I’ve worked 100% for this fight. I’ve cut no corners and I’m more than ready for a solid twelve rounds.”

Heffron, however, isn’t planning on the fight lasting twelve rounds. After being spoken about as a potential champion for so long and spending years training and sparring with world class fighters like Hassan N’Dam N’Jikam and Liam Smith, he is more than aware of the level of performance he will need to put in if he is to beat Liam Williams and announce himself as one of British’s boxing’s next batch of stars.

“Williams has been in hard fights but every time he’s stepped up a level he’s been beaten so he’s obviously not quite at that [top] level. Don’t get me wrong, he is a good fighter though. I just think it’ll be a good competitive fight but I can see a stoppage coming my way.

“This one feels bigger than my other fights. I’m absolutely buzzing for it. It’s a massive fight isn’t it? It’s for the British title too and it’s easily my biggest fight so far. It’s a fight that everybody is looking forward to and I can’t wait.”