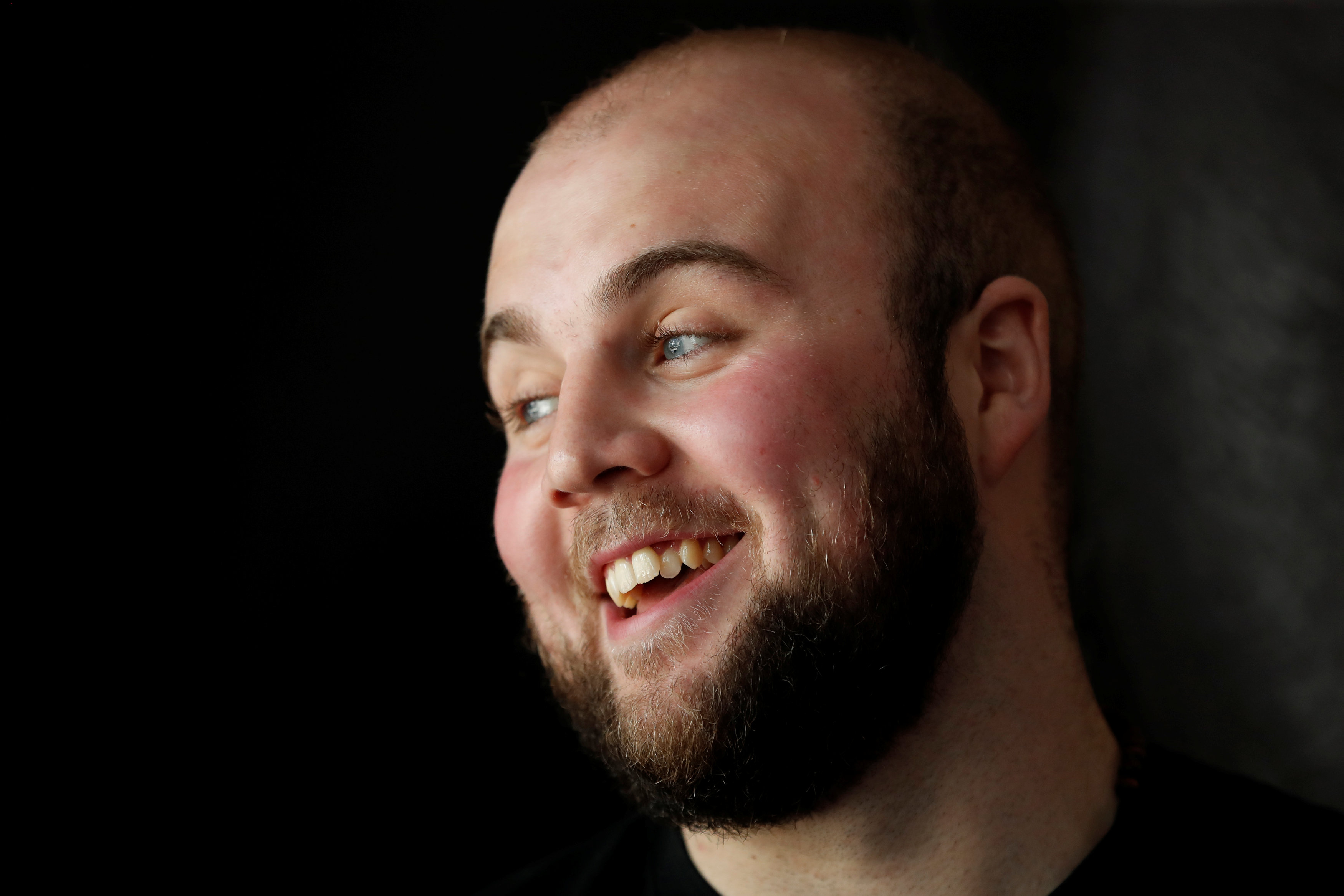 Nathan Gorman exclusive: When you’re in the gym with Ricky every day you can’t help but learn.

Nathan Gorman and Daniel Dubois have a long way to go before they earn the right to even be mentioned in the same breath as the legendary figures on that short list but the exciting heavyweight prospects do already share something in common with their decorated predecessors.

Gorman and Dubois have struck up the type of rivalry that instantly elevates them to new levels of attention and competition.

Until they meet in the ring, their names are destined to appear in the same sentences and be used in the same conversations. Given the potential both fighters have so far shown, they may even end up being linked together for years to come.

“Yeah, I’ve accepted that now. It always gets mentioned in every single interview or press conference I do. It seems impossible to mention my name without his and vice versa so I’ve accepted it to be honest,” Gorman (15-0, 11 KO’s) told 32Red.

“Everybody needs a dance partner in this business. It happens that I’m Daniel Dubois’ dance partner and he’s mine. It’s good to have a rivalry. We go back a fair way together – right back to the amateurs – so the rivalry has built since then but I am no more bothered about Daniel than I am the man in the moon. Seriously. I have zero fear of him. Zero.

“It does drive me on because he’s always in the back of my mind. From another perspective, I can’t allow him to be in my mind at the moment. All I can think of is March 23rd in Leicester and Fabio Maldonado. If I don’t overcome that, I can kiss the Daniel fight and any other big fights goodbye. My full main focus is on this Saturday.”

Whilst the heavyweight division’s top men fight it out to decide who is the best of their era, Gorman and Dubois are part of an exciting group of youngsters vying to be next in line. Gorman brings his own particular set of skills to the mix.

Training under British boxing legend Ricky Hatton, his fast hands and combination punching have brought him eleven stoppages in his fifteen professional fights and a willingness to get close and let his hands go separates him from the pack.

“Since I turned over my hand speed has been a main factor but through working with Ricky I also throw a lot of body shots – which was his forte – and we’ve been working on my inside fighting,” he said.

“Nine times out of ten with heavyweights it’s basically head hunting. Jab, one-two, one-two-hook. You know, the basic shots. Don’t get me wrong, there’s nothing wrong with that but when you see somebody changing angles, throwing body shots, throwing uppercuts and punches in bunches, it’s rare to see amongst heavyweights.

“They’re very rare and few and far between.”

That inside fighting ability may prove particularly useful this weekend. Gorman fights Fabio Maldonado (26-1, 25 KO’s) in Leicester on Saturday night and although the 38 year old Brazilian’s hands will need to be respected – he has knocked out 25 of his 27 opponents – he also forged a successful second career as a mixed martial artist, appearing eleven times in the UFC.

Despite giving away 16 years in age, Gorman is confident that his teacher has already helped him accumulate more boxing acumen than Maldonado.

“When you’re in the gym with Ricky every day you can’t help but learn. Even on our so called ‘easy days’ he’s talking to us about fighting and developing us. You have to listen and be like a sponge, taking everything in. If you do that, you’re gonna come on.

“If you mention body punching to anybody in the world of boxing, the first name that comes to mind is Ricky Hatton. Who better to teach you? And not just body punching either but all round boxing.”

Get past Maldonado and suddenly, a world of arena shows and headline slots on primetime television awaits. The heavyweight class is traditionally boxing’s glamour division and future stars are groomed and protected as soon as they show a flash of potential.

Gorman fought his way into his current position in places like Walsall Town Hall and Fenton Manor Sports Complex and is in no mood to slip back to obscurity.

“I had zero hype. I had twelve amateur fights and I started out on the small hall shows selling my own tickets. I’ve come up from there. Since then, I got brought on to the BT Sport shows and now I’m with Frank Warren. It’s basically been hard work, the right opportunities at the right times, and a bit of luck.

“The foundations of boxing are the small halls and the leisure centres. You fight on those and you get to learn and understand boxing. When you do fight on the big shows you appreciate just how lucky you are to be in the position you’re in.”

Sam Bowen exclusive: Talking won’t get you there. It’s winning fights that does it.
Zelfa Barrett diary exclusive: Sam’s got the hype now and beating him would just prove that I really am what people thought I was.