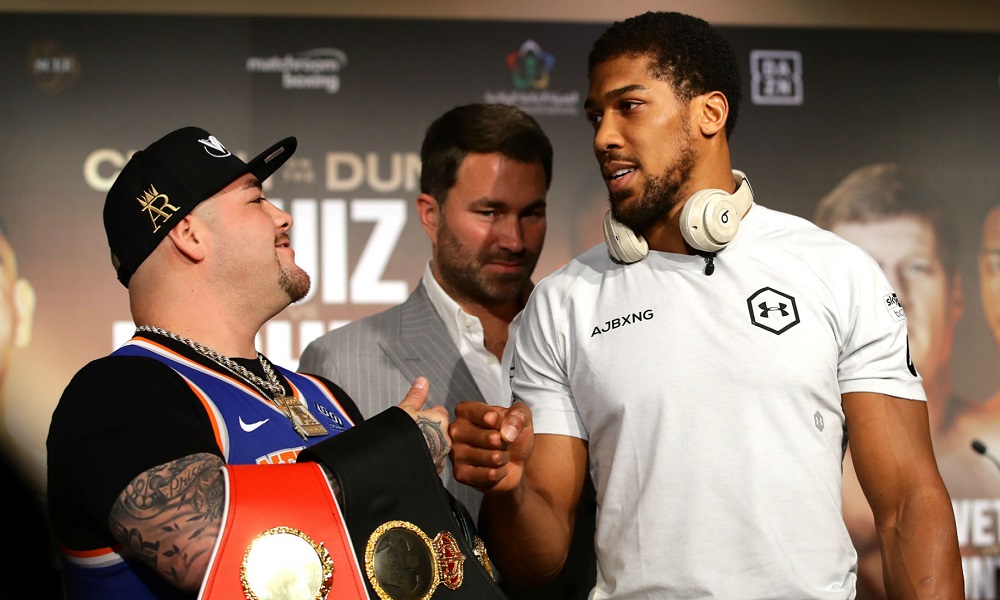 Six months after their first encounter, Anthony Joshua and Andy Ruiz Jr will meet up once again in Saudi Arabia on Saturday night – with the British fighter desperate to make up for his shock defeat to the Mexican mauler last time out.

32Red ambassador Carl Frampton shares his thoughts on what to expect from Saturday’s clash. Find all our latest boxing odds here.

For AJ and Ruiz, yesterday I’d have said “AJ”, I just fancy him more than Ruiz in this fight. I think that a fully fit AJ beats Ruiz. In saying that, since the weigh-in I don’t understand how Ruiz has come in heavier, and after a longer training camp!

And when you say heavier, you just mean fatter really! That’s despite the longer camp than he had last time, despite a lot more notice – it doesn’t make sense to me.

And because of that, AJ coming in lighter, which will mean probably his lungs will be a bit better, because he’s not having to carry so much muscle mass around. That will make a big difference, AJ’s lungs being better. He’s a bit lighter, he’ll be a bit more nimble, moving a bit better.

And because of Ruiz coming in so heavy, I fancy AJ more right now than I did yesterday. So, I’m going for AJ by a KO in about four rounds.

Josh Warrington exclusive diary: Ideal scenario for my next fight
Daniel Dubois diary exclusive: I don’t want to lose. Ever