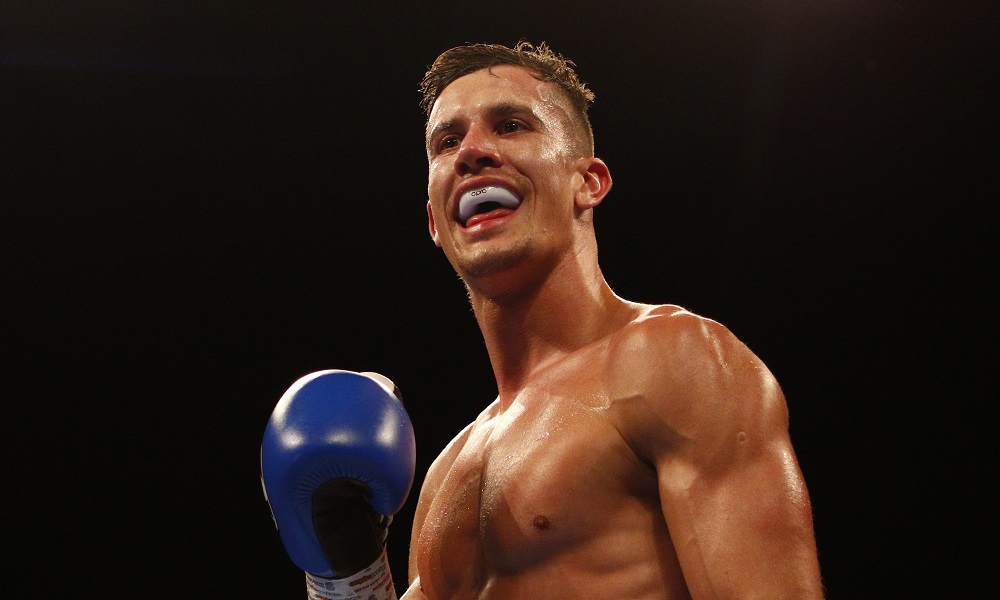 A week before his first fight on national television and Nathan Heaney had the luxury of a full day free to talk to 32Red. No weight making sweat sessions, no last minute problem solving. It’s safe to say training camp has gone well. For all the latest fight odds, visit our sportsbook.

“When you start getting towards the end of training it starts getting on top of you but I’m at the end now and I’m absolutely buzzing,” Heaney said. “It’s a great show and as gutted as I am that Carl Frampton’s world title fight isn’t on, it means I’ll probably get a better TV slot to show what I can do.”

When Heaney (10-0, 3 KO’s) fights in front of his home fans in Stoke, the city gets behind him. He has made the Kings Hall something of a fortress, seven of his ten fights have taken place at the venue and the atmosphere he generates has grown from a few friends shouting on their friend to utter bedlam. So far though, outside of Stoke, more people have seen a twitter clip of the middleweight making his way to the ring to the strains of ‘Delilah’ than have seen him fight. That changes this weekend.

“My city is a massive part of what I do but this opens me up to the UK,” he said. “It’s great to be known for ring walks and the atmosphere but I want to be known for more than that. It’s great that people are tagging me [in things to do with the show] on twitter. It don’t feel like a random lad now. It’s almost like I feel like a real fighter and one of the Queensberry boys. It’s what I’ve dreamed of since I was a young boy.”

This weekend, Heaney won’t have a partisan crowd roaring him on but the silent sterile atmosphere of a behind closed doors show will allow him to concentrate fully on the task at hand without the risk of getting carried away by his fan club egging him on. Heaney has signed a promotional deal with Frank Warren and this is his first big television showcase. He won’t get a second chance to make a first impression.

“Most people are looking at it in terms of a disadvantage. Me not having my guys there is a massive disappointment because it’s one of the best feelings you can ever have but I always tell them, “I’ve got a job to do.”

“My guys push me on but as a fighter you have to believe that whatever the scenario, you can box to the best of your ability. If you’ve got a gameplan where you’ve gotta box on the back foot and your guys aren’t chanting like they usually would, maybe you can get dragged out of that.”

Staying in a fight week bubble is a unique experience for every fighter but for somebody like Heaney who usually spends the last few days before a fight answering phone calls and running around dropping tickets off, it is a real novelty.

“I do enjoy dropping my tickets off and seeing people and you also get to know just how many you’re dropping off too – it’s growing every time – but that pressure has been reduced,” he said. “I’m also working from home too, I do part time but I’m teaching my college students from home. Everything’s going well.” 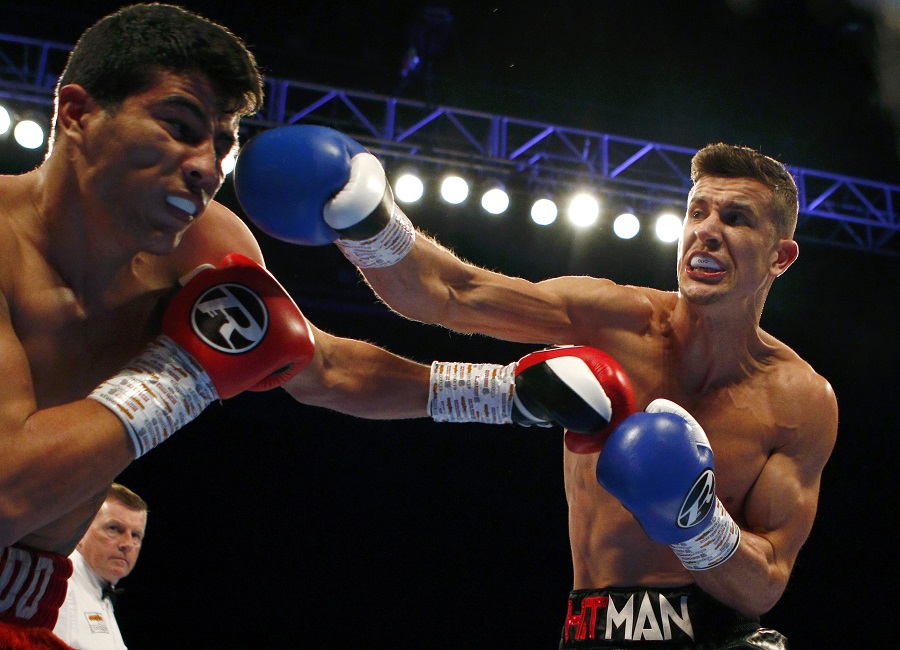 Becoming a television fighter means that the days of struggling for recognition are over but it brings its own pressure. Heaney faces Ryan Oliver this weekend. Oliver has campaigned around the welterweight limit throughout his career and the bout seems set up for Heaney to make an immediate, impressive impact. Dealing with that expectancy is something he is going to have to come to terms with quickly.

“He has been a bit of a welterweight but he’s obviously had a bit of a big lockdown and eaten a bit much. It’s down as a super middleweight fight but it’s actually at 11st 7lbs. Only a pound above the limit. That’s not to benefit me, it’s to benefit my opponent.

“There might be an expectancy but he is a schooled boxer. He’s a tidy boxer who works well behind a jab. I think I box pretty similar to him to be honest but I am a big middleweight. There might be that expectancy but I’ve just gotta box and see what happens on the night.

“I’ve just gotta be the best Nathan Heaney I can be and everything else will take care of itself. There is expectancy but there always will be once you’re a TV fighter and with the big boys.”

Stoke’s sports fans have been wearing black arm bands for the past ten days after the retirement of Potters’ hero, Ryan Shawcross. With the football team going through a mediocre period, the city is ready for somebody to take it by the scruff of the neck and give the fanatical fans something to get excited about again. Who knows, maybe the BT cameras will capture the atmosphere of a Nathan Heaney fight night first hand before too long.

“I’ve got that opportunity,” Heaney said. “Queensberry has inherited something they would hope to build one of their prospects into. I’ve got a city behind me. We’ve got Stoke City but outside of that and darts there isn’t that much. People love boxing though so I’ve got a great opportunity.

“I genuinely believe we’d create one of the best small hall atmosphere’s you would have ever seen. I know I can say that but it’s a great venue. After that I’d love to see what BT could do with getting me into places like the Manchester Arena. I’m lucky in that I have people who will follow me. Manchester is a great night out afterwards, I reckon there would be about two thousand of us going up there.”

Anthony Yarde exclusive: I have a lot more to show
Anthony Cacace exclusive: I know what my opponent’s about – all guts, no brains!