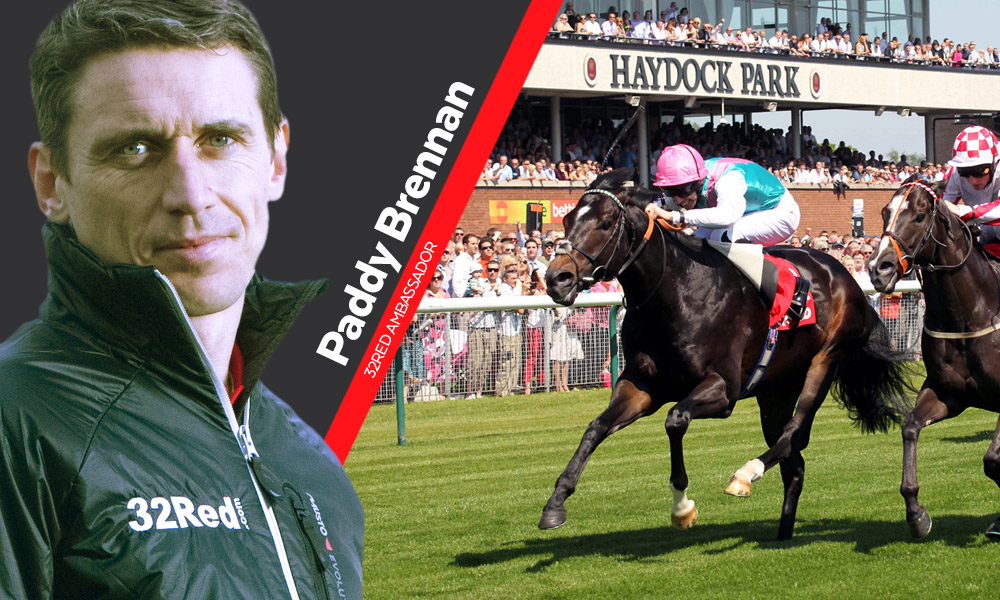 Paddy Brennan: I hold her in the highest regard

In the JLT Long Walk Hurdle at Ascot on Saturday I expect Unowhatimeanharry to win even more easily than he did at Newbury last time. I was very impressed with him there.

I have four rides on the 32Red-sponsored card at Haydock, one of whom I hold in the highest regard.

I actually rode her when she won her bumper on her debut at Sedgefield a couple of years ago and she was in good form last year too, when rattling up a hat-trick, proving her effectiveness on testing conditions and over this trip. She went up 22lb for those three wins and presumably had her problems afterwards, as she was coming back from an 18-month break at Carlisle in October. She then faced a very stiff task over 2m2f at Punchestown last time, but ran respectably. She will need to show more to be winning this race but she has been eased a bit in the weights – though I think she still runs off a 4lb higher mark than her Irish mark here – and 2m7f on soft ground will be more her conditions, though she does handle better going well enough. She has a chance, for sure.

He has a good winning strike-rate and I obviously hope that he can add to that here. I am not sure what happened when he was disappointing at Doncaster last time but at least he has been dropped 1lb for it, and his earlier win on his reappearance at Ayr would see him be competitive. That win came on good ground but all his previous victories came on soft or heavy, so the conditions won’t be a problem. And he actually won the handicap hurdle in the soft on this card in 2013, too.

She proved herself a smart bumper horse last season and has shown a real willingness, and no little ability,  in her two hurdle wins to date. She beat a fair sort at Chepstow and then put an improved effort to win over 2m5f in the soft at Warwick last time for me. This will be a much bigger test for her and the step down in trip may not be ideal, but she will love the soft ground and is a horse that we hope can take us to Cheltenham in March.  I hold her in the highest regard.

His record suggests that he would prefer good ground but he does have winning form in the soft, and he also has 3m handicap form on decent going. He also comes here on the back of by far his best performance this season when second to a decent horse of Tom George’s that I know well, Call Me Vic, at Aintree earlier in the month. He has only gone up 1lb for it, and I think he should go well providing 2m7f in this ground doesn’t stretch his stamina. I see they will be trying him in blinkers instead of the cheek pieces, as well.

Continue Reading
You may also like...
Related Topics:featured, haydock

Build up to King George: Lizzie Kelly, Sara Bradstock speak
Bryan Cooper: Noel has aimed him at this race