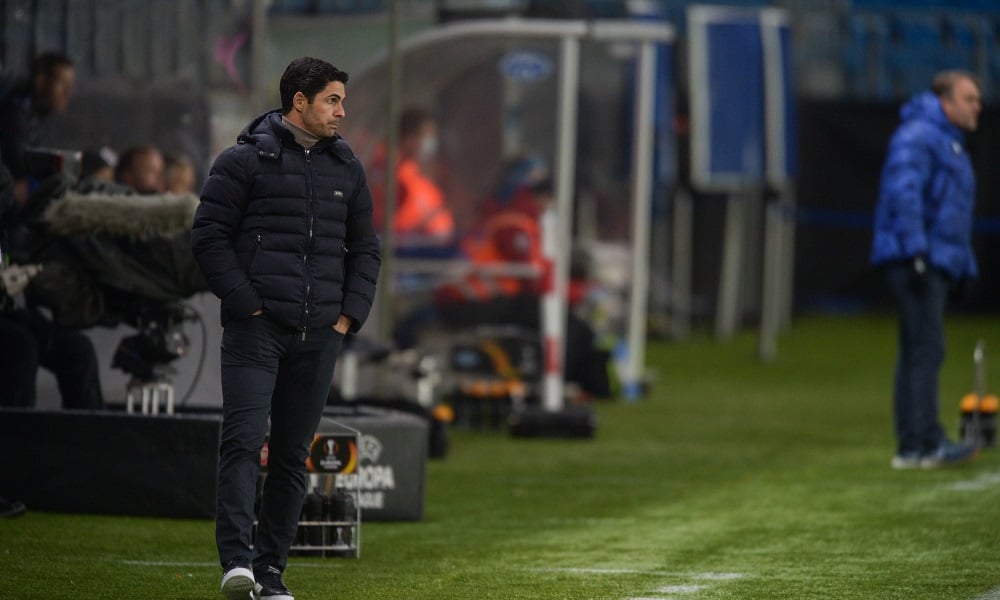 In a run dating back to last season, Man United have won their last 10 away games in the Premier League; and confidence will be sky-high after the 6-2 victory over Leeds at the weekend, too.

Still, Leicester are in a good place themselves, winning three of their last four outings and surprising pretty much everyone when they beat Spurs 2-0 in North London on Sunday. The Foxes didn’t have a great record against Tottenham, and similarly they have tended to be second best to Man Utd too; United have won seven of the last eight league meetings between the two. If the visitors win this one, they can move ahead of Brendan Rodgers’ side in the league; the Foxes are currently second, with United one place and one point behind.

If this one follows United’s recent away-day blueprint, United will go behind early – they’ve conceded first against Sheffield United, West Ham, Southampton, Everton, Brighton AND Newcastle this season – before fighting back to take all three points. Will the possibility of Boxing Day’s ability to throw up some strange results scupper United’s free-wheeling game plan? Let’s face it, this whole season’s been one for strange results.

Man United to win at 7/5 seems all too possible, particularly given Leicester’s own quirks. As good as they can be, the side have also lost at home to the likes of Fulham and West Ham in this campaign. In their unusual way, United seem slightly more reliable.

By the way, Man United to win after being a goal behind is a 19/2 shot, and would have paid off in United’s last six away games. Find that bet in our Match Events section.

Villa rode roughshod over any hopes that Sam Allardyce could spark an immediate revival with the Baggies at the weekend, scoring three goals without reply against West Brom.

As for Palace, probably the less said the better about the 7-0 drubbing to Liverpool; in fairness, that result was more about Liverpool being spectacular than Palace being appalling.

Still, Roy Hodgson called it a humiliation, and you can be certain the visitors will be taking no chances here. But even if Palace seek to shut up shop, the hosts may still be good enough to find a way through. Villa are 10/11 to win; under 2.5 goals is 26/25. Combine those two bets for a 19/5 shot, or alternatively chance a 1-0 win for Villa at 7/1.

It’s three draws on the spin for Fulham, and maybe Scott Parker would take a fourth against high-flying Saints. This could be a good time for the Cottagers to face Southampton; Oriel Romeu will definitely be absent after receiving his fifth booking of the season at the weekend. But Danny Ings is also a doubt with a hamstring problem.

The Cottagers took a point against Liverpool earlier this month, and maybe if the Saints aren’t at their strongest, Ralph Hasenhuttl’s men may also have to share the spoils here. Back the draw at 23/10.

Arteta out? The Arsenal coach has been having a tough time of it lately, but math-man Mikel earned little sympathy this week with his musings about percentage chances of wins and the differences between basketball and football.

Back in the real world, his side have mustered just one league win in the last 10, and the manager’s once promising career at Arsenal may already be unsalvageable.

Arsenal haven’t really shown much in the way of improvement in terms of results, though three goals in their last five league games IS an improvement, tragically. Aubameyang even ended a five-match drought with a goal against Southampton last time he played – but the previously deadly striker is currently injured, missing the defeat to Everton.

Perhaps he’ll be fit in time for this match – but regardless, you’d expect the Blues to thrive against Arteta’s side on current evidence. Even if Chelsea appear a little fragile against decent quality opposition – see recent losses to Wolves and Everton – there’s little to suggest this Arsenal side qualify for that description.

We’ve already seen Theo Walcott score past the Gunners this month – it would surely be no shock if Olivier Giroud got on the scoresheet against his old club on Saturday (assuming Lampard plays him). Giroud is 17/4 to open the scoring, 7/5 to score at any time.

For Arsenal, if you fancy a bold variation on the theme, you can back Willian to score past his old club at any time at 9/2. Good luck with that; the Brazilian is yet to score for Arsenal since his arrival, and has so far mustered just a single shot on target all season.

Giroud to score it is then – and Chelsea to win at 10/11 looks like the right call too.

City have only lost one home game in the entirety of 2020 (against Leicester), and that record will surely not change with a visit from Steve Bruce’s modest Magpies. In fact, last time these two sides met it was a rout, Pep’s side obliterating Newcastle 5-0.

You have to go back to 2006 for the last time Newcastle even earned a draw away to City, and barring some kind of Boxing Day meltdown you’d assume this should be a routine win for the hosts. The odds for a City win are unlikely to appeal at 1/8, but Newcastle did get spanked 5-2 by Leeds a few weeks back – perhaps there’s goals in this one. A repeat of last season’s 5-0 is available at 23/2; 9/10 for over 3.5 goals is a slightly safer bet. Just a word of caution though, let’s hope City have belatedly rediscovered their scoring mojo, because we were banking on a hatful against West Brom a few weeks ago too…

Two points all season for Sheffield United, but one of those points came this week – so technically the side should be positive coming into this one!? Although when a draw against Brighton counts as momentum, you know you’re really up against it.

Nevertheless, the Toffees have won their last three games and won’t want their own momentum to judder to a halt against Chris Wilder’s winless wonders.

Five of Sheffield United’s six home games this season have seen the side lose by a one goal margin – 1-2 to Leicester, 2-3 to Man United, etc.

If you think the pattern can continue here, you’ll get 27/10 on Everton to win by one goal in the Exact Winning Margin market; if you don’t want to muck about, the straight Everton win is a 4/5 shot.