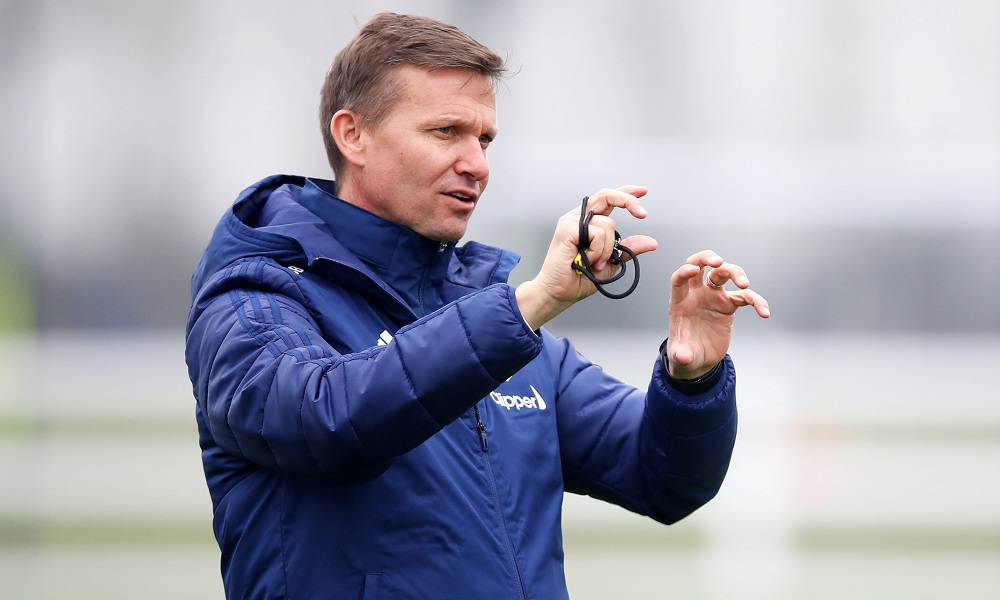 Four midweek Premier League games to get stuck into on Thursday. Can Jesse Marsch earn his first win with Leeds?

The Blues have won their last five league encounters with Norwich. In fact, for the Canaries’ last win in the Prem against Chelsea, you have to go back to 1994. And when the two sides last met it was brutal, Thomas Tuchel’s side putting seven goals past the hapless opposition.

The West London side also scored four against Burnley at the weekend, so Tuchel’s team look to be in decent nick as they gear up for the trip to Carrow Road.

As for the hosts, after a short-lived rally back in January, Norwich have now lost four league games on the bounce. Dean Smith’s side are currently bottom of the Premier League and surely bound for the drop.

Meanwhile, Chelsea have kept clean sheets in their last three league games. Taking a punt on the visitors adding to their record of clean sheets here might not be the most imaginative bet. But it looks to have a good chance of success against a side that generally fail to score at home against the bigger teams. Back Chelsea to win to nil at 10/11.

If you’d prefer something a little juicier, perhaps it’s worth taking a chance on Mason Mount to find the net here. He is yet to score in 2022, but he enjoyed a hat-trick against Norwich back in October, and also scored against the Canaries in August 2019. Mount is 5/1 to get the opener here.

The Saints have been on a good run that came crashing to an end against Aston Villa at the weekend. So after that 4-0 drubbing at Villa Park, will Hasenhuttl’s side relocate their mojo against a Newcastle team unbeaten in seven matches?

Well, the Magpies have only lost one of their last nine league meetings with Southampton, and are also yet to lose a league game in 2022. Eddie Howe seems to have remodelled the newly minted Newcastle into a reliable side.

Southampton are less reliable. But a team that’s capable of holding Man City to a 1-1 draw, as the Saints did in January, cannot be dismissed too hastily.

Newcastle are not quite on that level, and Howe would probably deem a point acceptable here. After that chastening loss on Saturday, it wouldn’t be the worst result in the world for the hosts either. The draw is a 14/5 shot.

If you’d prefer to look beyond the result, Allan Saint-Maximin isn’t the most prolific striker in the Premier League, but he has found the net twice in four matches against Southampton. The Frenchman is 7/2 to score here at anytime.

Bringing my immense faculties of observation to the fore, I reckon Bruno Lage probably won’t be happy that his side have now lost three on the bounce. Can the Portuguese coach stop the rot against a Watford team that have won just once since Roy Hodgson became the new manager?

There are signs of encouragement for the Hornets, as it goes. Watford scored twice against Arsenal at the weekend and did beat Villa on the road a couple of weeks back. With Wolves losing three of their last four home games in all competitions, perhaps it’s worth siding with the visitors here.

Watford are 4/1 to win. That outcome doesn’t seem so fanciful when you consider that Wolves haven’t even found the net in three of their last four home games.

Leeds showed plenty of desire against Leicester in Jesse Marsch’s first game in charge, the West Yorkshire side racking up 13 shots in all. For all that, they failed to find the net and ended up losing – the club’s fifth straight defeat.

Will the new coach enjoy a happier outcome at Elland Road this week? These two teams met last month for a thrilling encounter that ended 3-3. And with Villa smashing four past Southampton at the weekend, should we expect another goal-laden romp here?

Marsch has a record of winning his debut home match with each of his previous three teams. Will the American’s aggressive approach be enough to maintain that record against a Villa side that have been patchy under Steven Gerrard, but might be building some momentum?

If you’re keeping count, you might have noticed there are more questions than answers here. One thing seems almost guaranteed, however. Win or lose, the hosts will have a go. In last month’s meeting between these sides, Leeds registered eight shots on target. You can back them to have over 5.5 shots on target here at 11/10.

Patrick Bamford could make an appearance for the hosts, too. The striker has been absent through injury, but he did make the bench at the weekend. If he gets some playing time, Bamford could pose a threat, having scored 17 times for the club last season. He is 8/5 to score any time here.