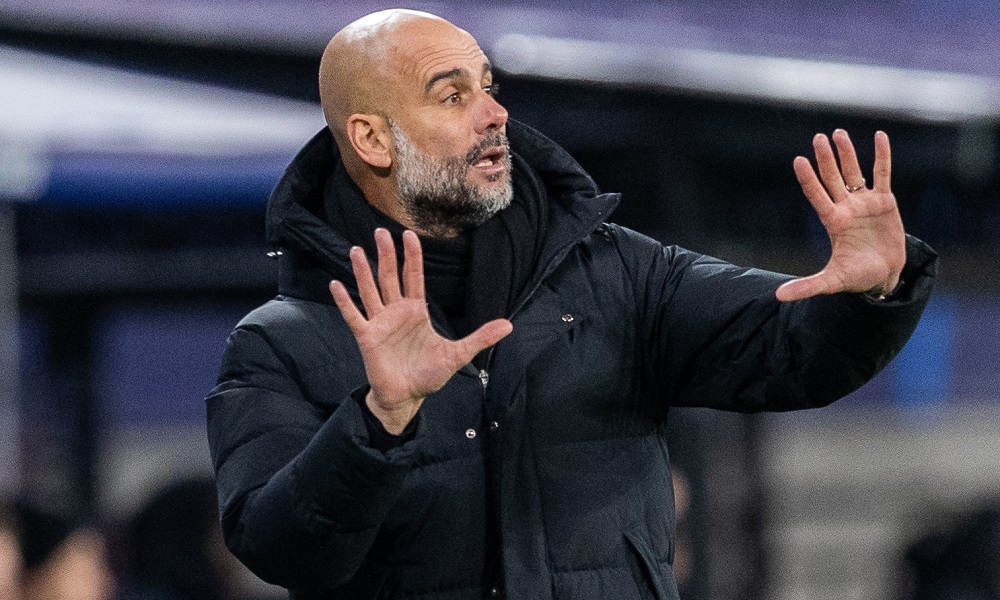 Brighton head into this match having won three of their last four games in all comps (even if they needed extra time in the FA Cup against West Brom). In theory, the Seagulls should be in confident mood as they take on bitter rivals Palace – but the south London side have won on their last two visits to the Amex.

In fact, Palace are unbeaten in their last five meetings with Brighton. That’s the good news for the visitors; less encouragingly, Patrick Vieira’s side have lost each of their last three away games in the Prem, to Spurs, Man Utd and Leeds. They didn’t score against any of those sides, either.

In fact, Palace have won one away game all season, and with the hosts’ current good run it’s tough to make a case for anything but a home win. Brighton are 21/20 to take three points.

Ten points clear of Chelsea and overwhelming favourites to win the Prem, City go into this game as clear favs too. That’s not hard to explain, given City’s winning run in the Prem now extends to 11 matches, while Chelsea have won just one in their last five league outings.

That doesn’t tell the whole story, of course; Chelsea are unbeaten in six league games, and have made short work of Tottenham in home and away League Cup ties. And that doesn’t even factor in Chelsea’s four wins in their last six meetings with City in all comps.

Chelsea have a talented, ambitious enough side that there’s always the possibility they can pull off an upset, so while the City win seems likely, backing it at a short price isn’t too tempting. Perhaps getting on Kevin De Bruyne to score for the hosts is a better selection.

KDB has scored in three of the last five league meetings between these teams, while recent form is encouraging too – the Belgian has three goals in his last two home appearances for City.  De Bruyne is 13/5 to score at any time in Saturday’s lunchtime kick-off – or 7/1 if you think he can find the opener.

After an embarrassing exit from the FA Cup last week Newcastle could use some good news – and an encounter with Watford serves up an ideal opportunity to land a second win of the season.

The Magpies beat fellow strugglers Burnley back in early December. With new signing Kieran Trippier hopefully making the side a little more solid defensively, as fellow new recruit Chris Wood hopes to add to Newcastle’s underwhelming tally of goals, this should be an occasion that gives the St James’ Park faithful something to cheer about.

Newcastle are 26/25 to win – which they surely must, if Eddie Howe has anything about him.

These two sides have both had woeful seasons, but perhaps comparatively little was expected of Norwich. If the Canaries can get a result against Everton here, Rafa’s ill-starred tenure with the Toffees will surely come to an abrupt end.

Everton haven’t won on the road in the Prem since August, which is pretty bad. Norwich haven’t won at Carrow Road in the league all season, though.

The Canaries have played their last six league games without even scoring. As bad as Everton have been, they have at least found the net in each of their last five league games.  Surely, surely Everton can take the three points here.

If the straightforward away win at evens doesn’t ring your bell, Norwich’s calamitous scoring record means a decent alternative could be to back Everton to win to nil at 12/5.

Two sides that are both in decent form meet here, but Wolves may be able to get the better of it. The hosts have a knack for keeping the score low, even against good sides; each of their last eight matches in the Prem have ended with one or fewer goals scored.

Bruno Lage’s side has only lost twice in that period too – against Man City and Liverpool. Wolves are a model of consistency – Southampton, it’s fair to say, are generally less predictable. Wolves have lost just one of their last 11 league meetings with the Saints too.

The 1-0 win to Wolves can be backed at 11/2 in the correct score market; if you want a little more leeway for results to go your way, you could back under 1.5 goals at 9/5.

And talking of teams that like to win 1-0… That’s the Ralph Rangnick style writ large, it would seem, United having won four matches by that scoreline since the German arrived at Old Trafford.

United even beat Villa 1-0 in the FA Cup last week, though Villa were a little unfortunate not to find the net themselves. Will it be a similar outcome at Villa Park in the teatime kick-off?

Steven Gerrard has signed Philippe Coutinho on loan from Barcelona – so will the Brazilian be able to make an immediate impact on his return to English football? While Coutinho’s big move to Spain has undoubtedly been a failure, the player is only 29 and may be able to rehabilitate his tarnished reputation in Birmingham.

And with Lucas Digne also signed this week from Everton, at the very least Villa should go into this match with plenty of belief they can get something against United.

Getting on for nine years after he left, the club remain in the shadow of Sir Alex Ferguson. And to paraphrase the words of another famous Alex, it still feels like at any second, something terrible could be about to happen. So will this be another of those games where the Red Devils fall figuratively face-first into a plateful of spaghetti? Villa are 15/8 to win, with Coutinho 11/2 to provide an assist in his debut game for the Villans.