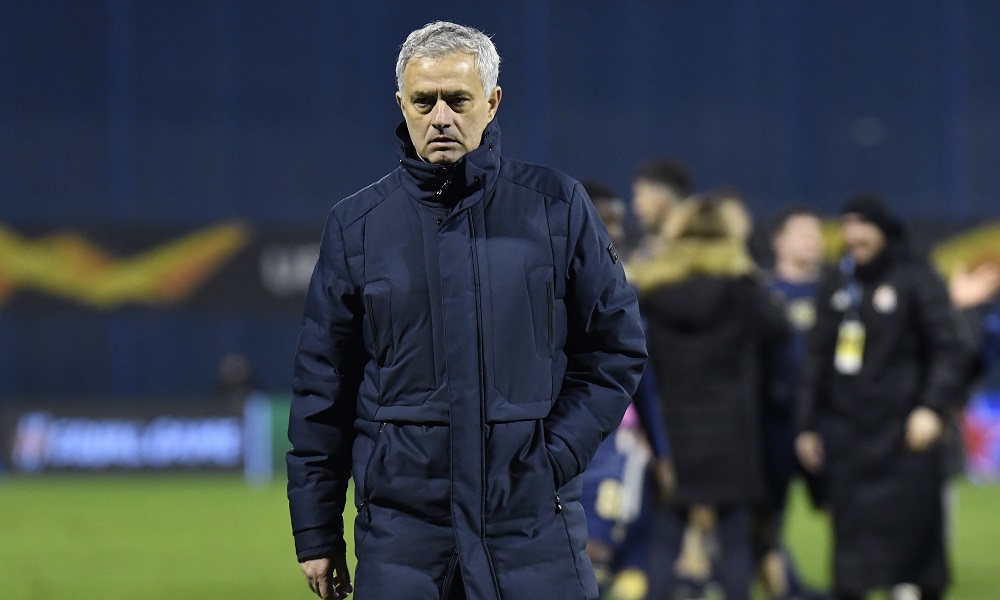 Premier League preview: all the weekend action including Everton vs Tottenham

Last time these sides met it was in the FA Cup, in a quite sensational match that Everton won 5-4 in extra time. But these two teams have each disappointed more recently, even if Tottenham offer the sideshow of Jose Mourinho manufacturing absurd artificial outrage to give social media something to laugh about.

Everton have won just one of their last eight home games, and, missing several key players through injury, the Toffees had to settle for a goalless draw at the Amex last time out against Brighton. That means Carlo Ancelotti’s side are eighth in the Prem right now, a point behind Tottenham.

Spurs have only won one of their last four league games and were comfortably dealt with by Manchester United last weekend; still, Everton’s awful home form should give the North London side reason for optimism.

In the league, two of the last three encounters between these sides have featured a 1-0 scoreline; Everton have just four goals in their last six league games too, so perhaps plumping for another affair that’s low on goals could pay off. Under 2.5 goals in a 41/50 shot.

Harry Kane has a good record against the Toffees, with 10 goals in 11 games – does that translate into a win here? Perhaps with Everton’s ongoing injury problems, it’s worth backing the visitors at 6/5 to win, Kane at 19/5 to find the opener – or a wincast Kane to score and Spurs win at 27/5. Alas, no odds on whether Jose will offer another pithy remark to rival “bread is bread, cheese is cheese”.

Newcastle might not be a team to rely on, but they have tasted defeat only once in their last six matches. On Sunday they outscored Burnley to take all three points; this weekend they host another claret-clad side, albeit one that has surprised everyone this season.

The Irons have scored three times in each of their last three matches, and are earning a reputation for entertaining games – er, as well as a slightly worrying propensity to let things slide. They conceded three goals against Arsenal which meant they had to settle for a point; they also let Leicester back into the game last week, though David Moyes’ side emerged with the win on that occasion.

Will the Magpies offer much challenge on Saturday? They’re still fighting to avoid getting sucked into the relegation zone, though they have a bit of breathing space with a six-point gap over Fulham as well as a game in hand.

Still, West Ham have been attack-minded enough for me to fancy the away win here; that’s a 21/20 shot. Man of the moment Jesse Lingard is 13/8 to score at any time.

This could be the weekend that Sheffield United are relegated; that will happen if they fail to win here, and other results go badly for the Blades.

So what are the chances? Well, Wolves beat Fulham with a last gasp Adama Traore goal last time out, but otherwise Wolves’ recent performances haven’t offered much to instil potential backers with bags of confidence.

That said, the visitors are on another cheerless, winless run, defeats in their last five outings in all comps. Sheffield United have managed one goal in that sequence, too.

Last time out they were battered 3-0 by Arsenal, and even if the visitors seek to go down fighting, their inability to find the net could do for them here. The Wolves win is a 4/6 shot, or you could enjoy higher odds by backing the hosts to win to nil at 7/5.

Last weekend, the Gunners were uncharacteristically lively against, well, the worst team in the division, winning 3-0 against Sheffield United. Now they take on another relegation-threatened side – so will this be another stroll for Mikel Arteta?

It’s four straight defeats for the Cottagers since they beat Liverpool at Anfield back in March; the last gasp loss to Wolves last week may have irrevocably broken the spirit of Scott Parker’s side.

Arsenal have frustrated and disappointed all season, but if they turn up against this team you’d think a home win is a reasonable expectation. As long as they’re not knackered after the Slavia Prague game, anyway. Back Arsenal to win and over 2.5 goals in our bet builder at 39/20.

Plucky little United are still hanging in there, just 11 points shy of their neighbours City – can Ole’s hungry boys bag all three points against Burnley, now the distracting colours of the Old Trafford banners have been sorted?

Who could have guessed it was an inopportune shade of red that was holding back the Norwegian. In any case, Burnley have the blues – they’ve lost their last two matches in the Prem, most recently against Newcastle, and have just one win in their last eight league games.

By contrast, United have lost one league game in 2021 and will surely make light work of Sean Dyche’s side here – even if Burnley are unbeaten in their last visits to Old Trafford.  Perhaps Mason Greenwood is worth backing to come good here; he’s scored in both of his last two Premier League games. Greenwood is 9/4 to find the net at any time on Sunday.